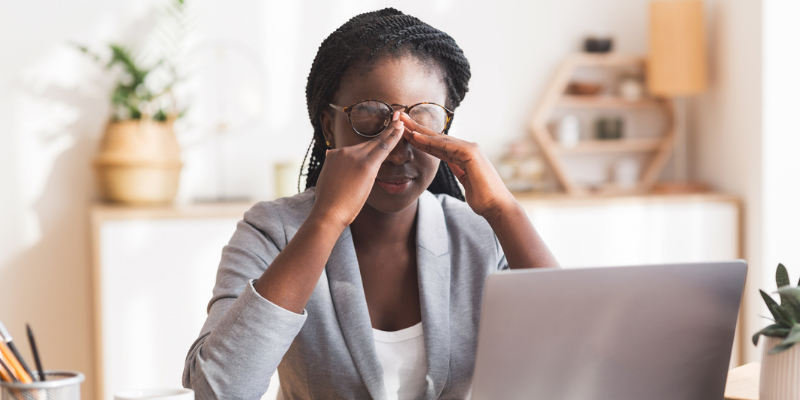 As more people take on multiple jobs to get by financially, it is not unusual to meet Nigerians who work two to three jobs. But the additional income isn’t the only reason why. Other benefits include developing new skills, building work experience, exploring new networks, and sometimes, paying off debt.

These 5 Nigerians spoke to us about their experience working multiple jobs.

What do you call a man who juggles three jobs — one mobile and two web developer roles? Tired. Wale has been working overtime to make more money, but what is the job costing him? “In a bid to complete tasks on time, I sleep less, take fake sick leaves and fake a system downtime,” he said. He has gone as far as faking police arrests to keep up. “I was out with my friends on a Monday when we all decided to chill. I told myself to damn the consequences, and I texted work that I had been arrested.” Wale said he has to plan lies before skipping work.

“I work as a civil servant and a tech bro.” — Nneka

Nneka started working one job but had to increase it to three to keep up financially. “I took on more jobs because I needed more money,” she said. ”I had to juggle all three until I decided to drop one and continue with two.” She took advantage of her remote job as customer support for a start-up and got another job at a federal parastatal. “Most days, I just sit in the office doing practically nothing, but it’s good money.” She plans to continue working both jobs for the rest of the year. She said, “I’m still committed for now, but anything can happen and change my mind.”

“I employed a small team to manage four jobs.” — Joshua

To keep up with four jobs, creative writer, Joshua, invented a system for himself. “I get a lot of clients who don’t want to work with newbies. So, I take their jobs and employ younger writers to do it,” he said. With a small team of three writers, Joshua assigns everyone to a job while he supervises. “I’m happy I get to give these writers a chance to hone their skills. I pay them fairly, usually half of whatever the job is paying. Everybody wins.” He plans to expand his team so they can take on more roles.

Also Read: 5 Nigerians Talk About Being The Broke Friend

Uyai works as a customer service representative at Ibom Airlines. She said the job allows her to focus on her side hustle, where she manages the social media account of an online clothing store. “I took on this job to pay off my father’s debt,” she said. “My father borrowed some money from a few friends to set up a business, but when the business failed, his debtors got the police involved.” Uyai pays an installment of ₦50,000 every month. “The side job pays exactly ₦50,000. After getting paid, I just send everything to my dad.” Uyai has paid ₦250,000 out of the ₦350,000 her father owes. She plans to keep the job after the debt has been paid off. She said, “It will be nice to just spend that extra money on myself for a change.”

We know of ghostwriters, but how often do we get to meet a ghost assistant? In combination with secretly managing four social media accounts, Adah works as an assistant to the assistant of an executive. “When people get paid to do a job they know they cannot deliver on, I get hired to do the work, secretly,” he said.

“The downside is, I can’t take credit for most of the things I’ve done. I’ve even had to sign an NDA in the past.” Adah seems fine with this arrangement. He said it takes the pressure off him. “I can’t do a 9-5 because of all the expectations. I prefer working several one-off jobs for a fee.”