5 Nigerians Talk About Being The Broke Friend 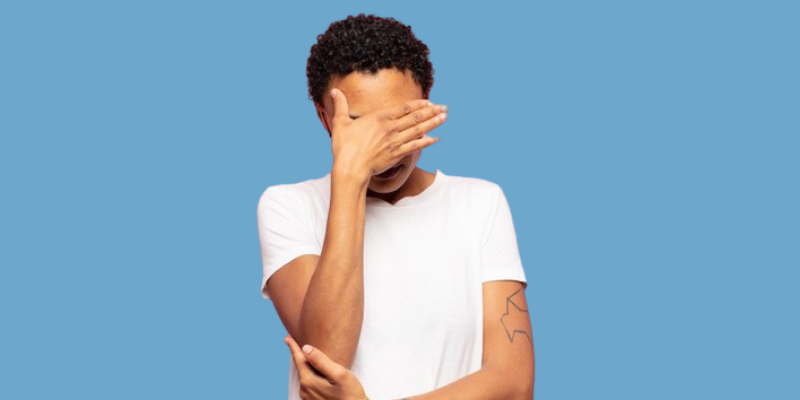 Let’s face it, being the broke friend sucks. You either have to learn to say “No” and risk missing out on experiences with your friends, or keep dipping into your pockets to keep up appearances. The former might result in exclusion, and the latter puts one at risk of debts and financial hardship. The third option is levelling up, but it’s never as easy as that.

5 Nigerians spoke about their experience being the broke friend and how they handled it.

The key to being the broke friend is knowing your limits. — Dami*

I am not broke, nor have I ever been broke. However, in comparison with my very rich friends, it didn’t take long for me to realise that I was the broke friend in the group. Even based on the types of restaurants they suggested or the spontaneous trips they wanted to take. Trips which would take me months of planning and saving to tag along.

The good part is, they were very decent friends, so nobody was forcing me to do anything, and there was no awkwardness with me turning down things I couldn’t afford to do. Luckily, I’ve never struggled with peer pressure, nor had FOMO.

But there were downsides, like the group forgoing an activity because I couldn’t afford it. There were also trips I couldn’t afford that were paid for by friends who wanted me there. The key to being the broke friend is knowing your limits.

Also, if your friends make you feel less because of it, you definitely should leave that friendship.

My friends created a group chat to drag me. —  Cynthia*

In 2021, I took pictures with my friend’s phone because my phone camera wasn’t clear. When I tried to send the pictures to myself on Whatsapp, I saw a recent group chat with everybody except me. I shouldn’t have snooped, but I was curious.

Turns out they were brainstorming excuses to tell me why I couldn’t be a part of the bridal train for an upcoming wedding. The owner of the phone joked that they could simply tell me it was because I was a “broke bitch”. That really hurt me.

I took a screenshot of the conversation and sent it to myself. I couldn’t confront them because of how I found out. It was hard to accept because they were very nice to my face. They gave me outfits, wigs, and makeup. But I realised that I was the hand-out friend. I’m no longer friends with them, but I stayed friends with them months after I found the conversation.

I became insecure after finding out I was the group’s broke friend. — Bayo*

I found out I was the broke friend when we discussed salaries. I pride myself on being able to hold my own with others, but the salary conversation really tested me. I couldn’t believe that my friends were earning that much. It made sense that we could go clubbing, and one person would foot a bill of almost 2 million. Honestly, I felt insecure for a while.

I used to turn down offers to hang out or play football because I thought they now saw me as less. In hindsight, that was pretty foolish. The friendship was going great before I knew how much they were earning. The only difference was me. Over time, I just told myself to get over it before I lost the best buddies I’ve ever had.

I was excluded from contributing because I was the broke friend. — Amarachi*

It doesn’t take a genius to see that I’m the broke one in my group of friends. They all have jobs and promising careers, while I have a pending masters degree programme that may or may not happen. They have their own apartments, and I have to live with my big sister and her family. I never pay for anything when we hang out, someone covers my Uber fare, and sometimes, I am excluded from contributing.

When one of us lost her dad, they didn’t tell me we were pitching in for the burial expenses. When I found out, I was so mad. It may not have been much, but my ₦10,000 could have done something. They said they didn’t want to burden me because I didn’t have a steady income. It was very thoughtful of them but also very humiliating. I have learnt to accept things as they are. Although, I’m hoping that after my second degree, I’d be able to get a job and do more in the group.

I started dipping into my savings to keep up with my friends. — Elizabeth*

I met three friends at a wedding in 2019, and we all sort of clicked. We started hanging out more, and I found out what they each did for a living. One worked for a tech company in Nigeria, one had a store where she sold clothes and accessories, and the other had her own wholesale hair business.

I was determined to stay friends with them, so I started dipping into my savings to keep up appearances and contribute to the hangout bills. Soon, I started buying things on credit from them. It was after I bought ₦125,000 hair on credit that things went sour.

I was paying monthly but couldn’t keep up when I had a family emergency that wiped my entire savings. I tried to explain and even offered to return the hair and allow her to keep the money I’ve paid so far. She refused, called me broke and threatened to call the police. I had to borrow from several people to pay back. I’m not friends with them anymore, but I know better than to overextend myself to fit in places I can’t afford.