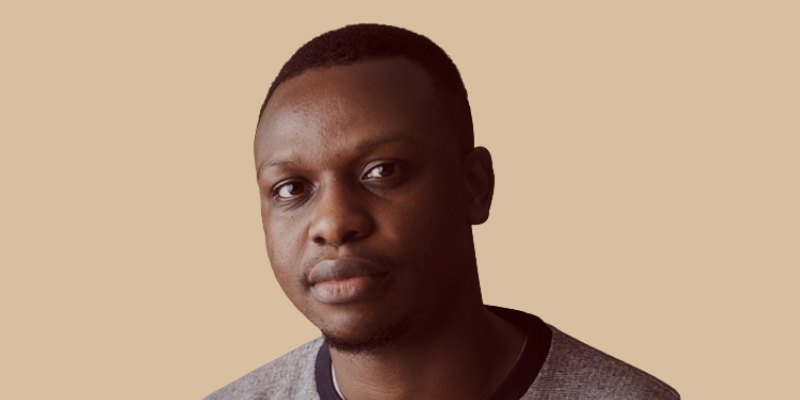 Shortly after For Maria was released on Netflix in January, it received quite the reception online and became one of the most watched projects on the streaming platform. That success super-charged the visibility of writer-director Damilola Orimogunje in Nollywood.

In this interview, he talks about his journey to making the film and how the project is set for even more success.

How did Damilola Orimogunje get into filmmaking?

I started off as a journalist. I studied mass communication and got into the film industry as a writer; I wrote some sitcoms for TV. Then, at some point, I realised I could do more than writing. That was when I started making films myself. Before I got to do For Maria, I made a few short films.

What kind of projects were you working on?

Nothing like what I am doing now. I was writing commercial projects on TV. I was on a couple of shows on African Magic, including Hustle. I was writing anything. I also worked as a content producer for a TV station. That was my first consistent production.

I directed my first short in 2016. It’s called Family. I did six shorts before making For Maria.

How did you finance those shorts?

I was working. I would save up my salary and then just shoot. Like ₦200k, ₦300k and create something low scale. Then I made a short film for about ₦1m titled Mo.

The first was really low budget. For instance, you’re meant to have an assistant director and a script supervisor. If you are working on a low budget film, that would be one person. You can also have a producer be the production manager.

For the lower budget films, I was doing maybe five other roles besides being the director. When I was making the ₦1m short, I was a lot more intentional about hiring because I wanted more production value.

Budget could also be affected by the number of cast members and locations. Depending on the story, you could make a 15-minute film in one day with one character and you can also make a ten-minute short film and shoot for five days.

After Mo, what happened?

I got some opportunities. When I came into the industry, I really wanted to do festivals and work with a lot of filmmakers…

I won’t mention names. [Laughs] Some of them are my guys now, my fans. Some didn’t even know I was in their DM back in the day. It happens. I am in that position now: I check my DMs and there are like 20 people, 50 people saying they want to intern with me.

And you can’t attend to everybody. But I do take interns now.

As I said, I started out with the mindset that I wanted to go to festivals and my short film went to a lot of festivals around the world. I then made one short titled Losing My Religion. It was not my film and it had a bigger budget of about ₦2.5m.

It was commissioned by the author, Nike Campell-Fatoki. She saw my short and said she would like me to adapt one of her works, so we collaborated. That was the immediate result of making those shorts.

That must have been cool. Speaking of festivals, which acceptance made you think that you were making it?

It was when my first short went to Black Star Festival in Ghana, and I was with proper filmmakers. That was when Beast of No Nation came out and practically all of the Ghanaian actors in the film attended, so I was with these international people.

I felt like a proper filmmaker, and I said to myself, “I’m going to do this for a long time.”

Let’s talk about For Maria. What needed to happen for you to feel that it was time to make a feature film?

I have been in the industry since around 2014. Around 2019, I knew it was time. I wrote a couple of scripts that I couldn’t shoot because they were going to be expensive, and I didn’t want to compromise on quality.

I knew I had to write something smaller. That was when the idea of a family drama in one major location came to me. The actual story came from a discussion with a friend about postpartum depression. I also saw a Twitter thread from young mothers on the subject. It was an eye-opener.

What was it about the previous scripts you wrote that made them expensive in your estimation?

I was producer for For Maria, and I have also been producer for a TV station. So, I have that experience. If you send me a script, I can tell you the budget range. And for those scripts, I got to pre-production level, possible casting, location scouting and so on.

I did all that and it was clear that I didn’t have the funds at that point. If I wanted to do something with my colleagues and friends, I knew it would have to be something cheaper.

Is that what For Maria became?

How does a person headed towards journalism become a producer talking about budgets and other money stuff?

[Laughs] Maybe it happened because I like money. In one of my early projects, I had a guy who was to produce for me squander my money, which I had saved for many months, so I didn’t trust people around me for some time. This meant I had to learn.

So I learned to produce on set. I love directing more, though!

Considering what you know about budget ranges, what might a single location film with a small cast cost? Something close to For Maria.

It depends. You can make For Maria with ₦50m or ₦30m. The deciding factor, besides other things, is the creative minds that work on it. The crew. And there is no official body that regulates cast and crew fees. So an actor can charge ten times what they usually charge to make For Maria.

It’s a complex industry. But let me say you can work out a small film with ₦10m to ₦20m.

What would most of the money go to?

Post-production and production. Casting, crew members, equipment rentals, locations and art design. For example, Derin’s workstation in For Maria wasn’t in the house; we had to bring that in. 60% of post-production was done outside of the country. That increased the budget.

How were you able to get guys from those countries to work with you?

[Laughs] Because my work travels; I have met people who are willing to collaborate. The music composer is a guy who saw my work and reached out on Twitter. This is a guy I had never met before. I looked at his stuff and he was very good. So I spoke to him and sent him the script for For Maria and he jumped on it, even though he wasn’t receiving regular international rates. Some things come with the potential of the work as perceived by other creatives.

How does this work with regards to fees for crew and cast? Do you have to cut backend deals?

It depends on the commitment. I’m not going to disclose what we agreed on For Maria. But speaking broadly, it’s about collaboration. If you can’t afford the talent, you could maybe discuss a deal.

That’s popular in Hollywood. But is it here?

A backend deal with Marvel made Robert Downey Jr one of the richest working actors of recent times. But no, backend deals are not popular in Nollywood. I don’t see a problem with it, however.

It depends on the project. If you are making a blockbuster, and I can’t be too sure because I haven’t worked on any, actors and crew members will demand their standard fees. A backend deal is plausible if, as a producer, you can’t afford those fees.

Also, it’s a very small and intimate industry, where most people are friends and work in relationships. An actor may charge everyone his/her standard fees but then a producer who’s a friend may be able to pay less based on their relationship.

This may even be without a backend deal. And sometimes actors might get on a project because they just like it or the possibility of what it will do for their brand/career.

So how do you gauge success for For Maria since it’s on Netflix and not at the regular box office?

I was planning to make 100% ROI on the film. I can tell you that I am close to that.

[Laughs] But what I have just told you is dependent on the initial budget of the film.

True. But however you slice it, 100 percent ROI is impressive.

Yeah, you are right. And if you check online, there are many questions about when it is coming to the US and elsewhere. It’s only available on Netflix Africa for now.

So are there other opportunities for distributing the film?

Yes. It’s one of the good things about festivals. There are some opportunities. We are working with a distributor based in Europe, and I can tell you the film is going to be released this month in North America — we got this deal even before the Netflix Africa one.

For me, it was important to make back the money we spent and also have an impact. We are doing well on both fronts. People need to see the film.

So you have shown in only one territory and are already close to getting your full ROI?

Ha! You should come and teach a class on filmmaking and money!

What happens next for Damilola Orimogunje?

Apart from recouping my money from the film [Laughs], I want to make more projects. I think it is time I went back to those two scripts I left because I couldn’t make them.

Why can you make them now?

The good thing about getting on Netflix or making a film a bit commercial is it gives you attention. Now, people are thinking that they can invest in you. Since For Maria was released, I have had conversations with certain people and I have gotten scripts from different producers because they believe I have what it takes.

People have seen the work and the success of For Maria has given me opportunities to make projects I couldn’t make, say, two years ago. But, still, I’m looking for investors for personal projects.