How A Breakup Led To Ore Akinde’s Crochet Business 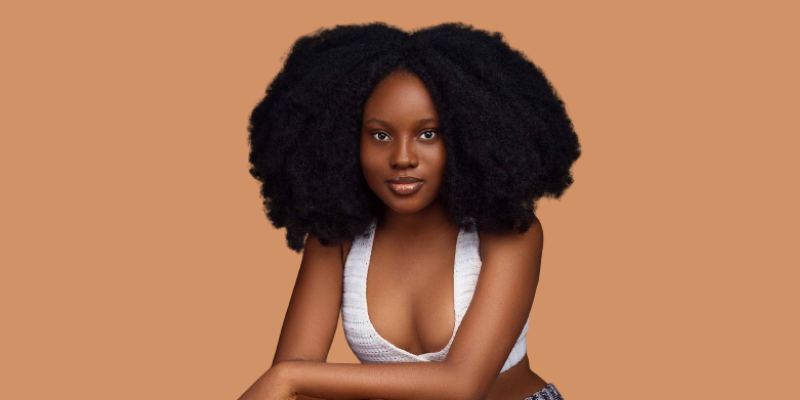 Ore Akinde’s crochet business might strike some as a novelty, but she’s been at it since she was a child. Her mum and her sister have the skill, but she’s the only one in her family to have turned it into a business.

In a recent chat with Ms. Akinde, who is a student at UNN, she gave us tips on growing a business and told us about the love affair (and eventual breakup) that led to her success. She thinks she needs a better story, but we think the truth is already a great one.

How did you pick up crocheting?

I never really learned; I just always knew how to do it. As far back as primary school, we made blankets and I made for other people. It was at the University of Ibadan Staff School.

By “we,” you mean your family?

My sister, my mum and I. Everybody in my house can do it except my dad.

You guys excluded the guy!

When you got out of secondary school, what happened?

I was studying History in UI and then left for Mass Comm in UNN. I didn’t do much crocheting at the former, but it came back into my life at the latter. By the end of my first year, I made it a business. I had a couple of designs.

I always say I need a better story than the one I have.

LOL. Give me the story you have, please!

I always felt I needed to be doing something. I wanted to start an ankara business but the process was stressful and the profit was too small. You can stand for 8 hours only to get ₦1,500 or ₦2,000. I finally ended up with crocheting, and you know how it happened?

I had a bad breakup!

LOL. Yes. You know, as they say online, “I chopped breakfast.” The whole thing started because the guy I was with wasn’t talking to me, and I kept complaining that I can’t be your girlfriend and you won’t talk to me.

He was like, as far we know we are dating each other, what’s the issue? He then said it was because I was jobless that I was too dependent on him. When the breakup was finalised, I now started focusing on my business because it was what I had.

Damn. What did you do to launch?

I did a photo shoot. I was 17 at the time and wasn’t sure how it would turn out, so I needed to start small. I was taking out ₦3,000 out of my ₦5,000 weekly allowance to buy yarn. I also had to learn the difference between sizes you see overseas and how we are here.

We are more voluptuous, so I had to practise with the people around me.

Did they have to pay?

No. Most of them didn’t keep the pieces.

Before I knew it, I started getting customers. Girls came and boys bought for their girlfriends and it became a real business.

Wow. How long did it take before it felt like a big deal?

About a year later, it became a lot bigger. In my second year, I did a fashion show in my school, and everybody suddenly knew me as the crotchet babe. Two years after, it properly came online.

How did you crack the online space?

Hahaha. Did I crack it?

Well, it’s kinda how we got here…

Eventually, I opened an Instagram account, but I still relied on word of mouth. But I kept posting on Twitter even when my retweets were low, then I think one post blew up and then others too.

What did you do right with the one that blew?

On the average, how much do you spend on a piece?

Crocheting is more labour than materials. It’s about the time and effort you put into it. I use about two packs of yarn for a normal acrylic sweater, which might cost about ₦8,000. That’s the major material. There might be other things like beads, buttons and all.

If I am the only one working, it might take 5 days. A medium sweater may go for ₦20k, large for ₦25k and extra large for ₦30k.

Is it only for women?

No o! My designs are unisex. Anybody can wear them. I also do customised stuff, as long as I’m not plagiarising somebody’s work.

Is that a big fear in the crocheting space?

I know how it feels, so I don’t like to plagiarise. The fashion space is small so there is a lot of re-creation. I try to tweak what I want to do. And if it is too obvious, I tell the client to meet the original designer.

Where are you based now?

I am still at UNN but now in my final year.

How do you manage school and business?

I have staff and that takes the burden off me. I practice division of labour. I try to delegate work to others. I am also working on the clock; I work with a schedule. You can’t just randomly come up and say you want to see me. Everything is planned.

And if I step out of that plan, many things will go wrong. I also know how to close my orders. Sometimes people come with deals when you have to do other things. It takes discipline to say no. It is a lot of balancing.

Is there a physical store?

I am working on that. But I have a website.

Do you need to be in one place to do it?

I have an apartment off campus and my staff work with me on the chairs in my apartment.

What’s next for Ore?