How Chibuzor Iwobi Monetises The Vibe He Creates At South 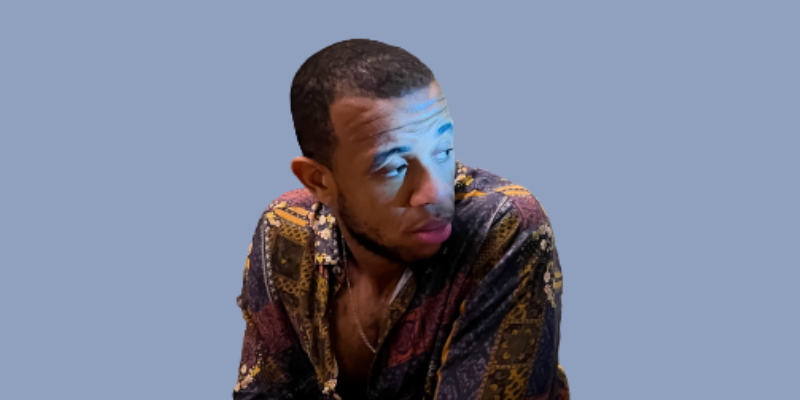 Chibuzor Iwobi loves to take care of people, and he’s turned that passion into two successful career paths. The first is the work he does at Meadow Hall Foundation, taking care of less-privileged children; the second is the work he does at South and Hard Rock every other Friday, giving young Lagosians a place to de-stress after a long week.

What do you do?

For my full-time job, I’m the head of Meadow Hall Foundation, a non-profit. We are trying to improve the quality of education for less-privileged children in Nigeria; this can’t happen if the children aren’t in school, and that’s why we have the Sponsor A Child project.

Thanks. I also host the South Social nights at South and the After Dark nights at Hard Rock.

Ah, yes! The infamous South Social nights. How did that idea come about?

I wasn’t actually the one who came up with the idea, that was my friend Lala Alakija. She’s friends with the owner of South, and in 2018, she’d constantly invite me to come spend Fridays and Saturdays there. We’d just drink and party; it was always fun.

Then in 2019, Lala asked if I wanted to monetise the vibes we created at South. Unlike Lala, I had no idea how to organise events, but I agreed. I asked myself, “What do you have to lose?” And that’s how South Socials was born — the first time around.

Yeah, we had to stop it due to COVID, but we officially restarted it last year.

No, it’s just me now. She’s left the country, but even before that, she didn’t want to restart it. So I took it up on my own.

What was it like getting into that space without any experience?

I mostly watched Lala on the job. I saw how she organised brands and prepared for the night. My main contribution at the time was putting the word out and getting people to come, but I learnt a lot from Lala.

How does “monetising vibes” even work?

When people come to South, they spend money on drinks and food, and we get a percentage of the night’s earnings.

That’s fair. What else do you do on a South Socials night?

This isn’t what I was doing the first time around, but when South restarted, I made it my mission to make sure everyone is comfortable. I try to make sure that no issue — like a delayed order — lingers for too long.

I walk around South looking at people, trying to gauge their countenance, and if they look unhappy or frustrated, I walk up to them and ask what’s wrong. If it’s a delayed drink order, for example, I run to the bar to try and sort it out.

How hard is that? South is usually pretty full.

It’s not that hard. I’m a pretty restless person; it’s hard for me to stay in one place.

So, what’s the hardest part of the job?

Not getting a chance to rest on Fridays. Being out until 3AM can be fun, but it can also be a bit tasking. I close work at 5PM and get to South at 7PM. I mean, I trust the people there to get things going, but no one knows your vision like you do, so I always have to be there early to ensure everything is going fine.

ALSO READ: How Chigozie Obi Monetises Her Art And Her Acclaim

I get that. When did you realise the event was officially a success?

I think it was around January this year. Sure, we had a huge crowd around December, but that was expected. Things tend to die out after Detty December, but the crowd got even bigger. Plus, I started seeing brand new faces every other week, not just my friends.

That was when it clicked that this was now a success.

Why do you think people keep coming back?

There are a bunch of factors. Firstly, I think the vibes are different; people just seem comfortable at South. Secondly, the music; I try to pick the right DJs to play songs people actually want to hear. Thirdly, I give the people what they want; when people complained about the heat, I got more ACs.

Free shots never fail. And thanks for bringing in more ACs, it was getting quite hot.

[Laughs] I didn’t even notice how hot it was because I’m usually there by 7PM, when it’s still cool, and my body just adjusts as it gets fuller and hotter. Then one day my girlfriend came in around 10PM and said it felt like an oven. I just had to fix the issue, and I still plan to get more ACs in the following months.

Nice. Now you have After Dark nights at Hard Rock, too. How did that happen?

Other people had reached out to me, but I was burnt out, so I turned them down. When Hard Rock approached me, there were already talks of South being too small and hot, so when I saw how big their space was, I decided to go for it. I figured I could recreate the vibes there.

I also took the gig to challenge myself and step out of my comfort zone because I’m very comfortable at South. I wanted to see if I could achieve the same kind of success in a different, bigger place.

And how’s that going?

I won’t lie, I was terribly nervous on the first day. A few hours before, I was panicking because some things were happening that I didn’t like. But it ended up working out because people turned up in droves. I was really moved that people showed up for me like that.

That’s great, but you mentioned being burnt out. How are you coping with that?

I’m learning to manage myself better; I wasn’t doing that before. I was working out about 4 to 5 times a week, I was barely sleeping and I kept procrastinating little tasks at my job, causing them to pile up.

Now, I handle things better. I have a sleep schedule that I try to always follow. I’m basically doing the opposite of what I was doing three months ago to ensure that I don’t burn out again, and it’s been working so far.

That’s good. So, what does a good South Social night look like for you?

For me a good night isn’t based on how much money I make. I mean, I like the money, but as long as people turn up and are having a good time, even though they haven’t spent money yet, that constitutes a good night in my books.

Do you think you’ll ever become a full-time event promoter?

Man, I don’t know. I’ve wanted to be a lot of things, from an economist to a trainer. Right now, I’m really just trying to find the balance and eventually I’ll figure out what I want to do, either become a full-time promoter or focus on non-profit work.

How has the non-profit work been though?

Honestly, it’s the most comfortable I’ve ever felt at a 9 to 5. I wouldn’t say it’s easy, not at all, but the job comes naturally to me. It’s all about taking care of people and knowing what they need, which is what I already do at South and have begun to do at Hard Rock.

I really love taking care of people. That’s why I started the Sponsor A Child project in the first place. The headteacher told me that some parents were struggling with fees and feeding post-COVID, so I decided to find a way to help.

If you had to advise someone who wants to do what you do at South, what would you tell them?

Prioritise your customers. Make sure you show them love. If you prioritise the money, you will fail. Yes, you need the money, but the customers are the ones who will end up bringing the money, so make sure they feel loved and cared for.

Should we expect any events outside of South and Hard Rock in the future?

For sure. I’m not trying to put too much more on my plate right now, but I will be throwing a beach or pool party very soon. 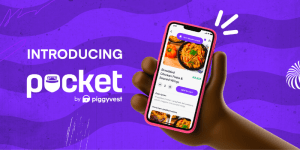 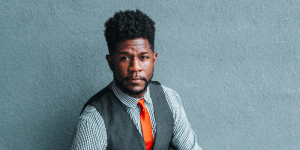