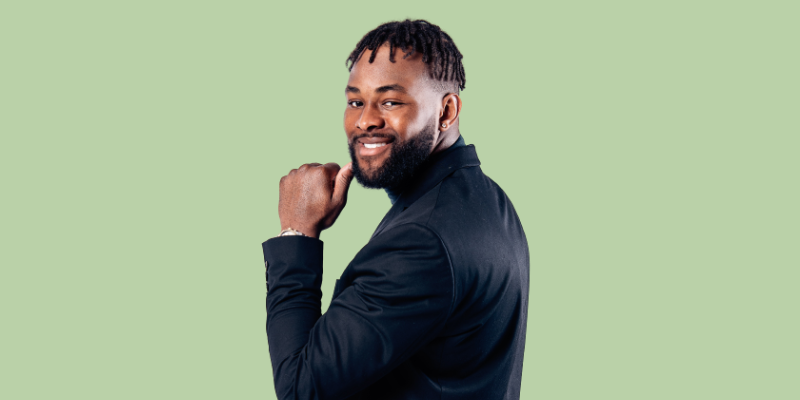 Known for their wealth and eccentric dressing, software engineers (AKA tech bros) are living most young Nigerians’ dreams. But beyond the glitz and glamour, building a successful career as a software engineer isn’t easy.

We spoke to a high-earning engineer who can relate to that fact. He tells us how he grew from being a web development intern earning ₦10k/month to becoming a senior software engineer working in two huge tech companies.

When did your journey in tech begin?

How exactly did it begin?

I landed a web development internship at a company that belonged to my dad’s friend. I had told him about my interest in programming, and he promised to teach me more about it at his company. I resumed the internship after I completed my WAEC exams.

How did the internship turn out?

It was great. I got to write my first android app, learned more about SEO and bagged a few Google Ads certifications. The pay wasn’t great, though.

How much were you paid?

₦10k. It was more of a transportation fee than an actual salary.

Yeah [Laughs]. However, receiving that meagre sum and getting exposed at the internship compelled me to open an Upwork account.

Interesting. Were you lucky on Upwork?

Yes, I was. I opened my account when there was little to no competition. All I had to do was prove my identity, and I landed my first-ever international gig. It was a $5 gig and involved editing sites written in PHP. I slowly built up from there and left the internship in December of 2017.

Soon, I started earning as high as $600 and even secured a full-time software engineering position at a Nigerian startup. There, I gained a lot of experience and met a senior developer who became my mentor. While working for them, I left Upwork.

Any particular reason for that decision?

I prioritise upskilling over money. So when I realised my skills were improving at the Nigerian company compared to Upwork, where no one was critiquing my work, I knew it was time to focus on the company.

How long did you work for them?

2 years. I resigned in 2019 after I landed a job with an international fintech company.

Were you poached for the international job, or did you apply?

It wasn’t as easy as you think.

While at the Nigerian company, the pressure became tenfold at home. Black tax was taking a significant chunk of my small income, forcing me to look for ways to earn more. And due to my stance on freelancing, I knew another full-time remote job was my best option. This was when I went full-force on job hunting. I did several interviews, all to no avail.

The usual reason for my rejection was, “You are too inexperienced.” However, even just landing those interviews in the first place made me more confident about my skills, so I began to talk more about my career on Twitter.

One time, I tweeted about my need for a new job. The tweet blew up, and an engineer from an international fintech company reached out to hire me as a front-end engineer. I told them I preferred to be a backend engineer, and that’s how I got the job.

How was your experience at the international company?

It was a great one! I joined as a junior engineer but grew into leading teams and receiving $4,000/month.

Yes, it was. Sadly, I got burnt out eventually and had to leave the company after two and a half years.

What burnt you out?

First, the company is based in a part of the world where fintech is still at its early stage. So I had to work with a lot of old, frustrating tech tools. The time zone difference was also unfavourable, as I mostly had to work alone.

I’m sorry about that.

So what did you do after your resignation?

I took a career break.

How was the break?

It was productive. I even landed a new job while at it.

Yeah. Someone referred me for the role of a senior engineer at his company. After two interviews, I got the job.

Amazing. Are you currently working at that company?

The work pace was really slow, and I didn’t see my career growing there. This made me resign after a year. It was my shortest job ever.

Wow. What are you up to now?

I work in two popular tech companies as a senior engineer. I love what I’m doing at those companies, and I think I will work for them long-term.

As someone whose finances have skyrocketed over the years, would you say you became susceptible to lifestyle inflation at any point?

Not really. There are days when I splurge ₦300k on perfumes, but that is it. I’m not an extravagant person. My car is a 2016 Benz even though I can buy the latest model. I also live in a mini-flat on the mainland [Laughs]. In all, I live relatively below my income.

Why are you this prudent?

I think my prudence has to do with my background. I came from a poor home, so I’m cautious about returning to the trenches. Also, the black tax I pay sometimes amounts to millions.

You have a fair point. What about saving and investing?

Yes. There are times when my salary spills over to the next month and I save part of it in PiggyVest. However, I don’t have an active investment portfolio. Land is the only asset I have. The current market trends make me even more sceptical about investing in stock.

Between startups and big tech companies, which do you think is the best for software engineers to work at?

I won’t give generic advice because I believe everyone has different realities. For instance, working at big tech companies is ideal for people who desire a stable income and career. In contrast, those who want to work in fast-paced environments and make a better impact should work at startups. It’s really about interests and goals at the end of the day.

What would you say to anyone starting a career in software engineering?

Tune out the noise and focus on your chosen field. Also, be willing to receive a mediocre salary as a beginner. Don’t compare yourself to senior engineers earning $120,000. The truth is, it takes time to make such a high income. For this reason, double your upskilling effort.

Pay attention to your resume too. Many software engineers fail to land great jobs because of poor resumes. Get internships and full-time positions that will look good on your resume. If you can’t write a great resume, outsource to professional resume writers.

Lastly, know how to sell yourself. Share your accomplishments frequently and invest in personal branding. In no time, you’ll attract your desired clients and employers. 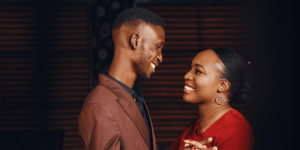