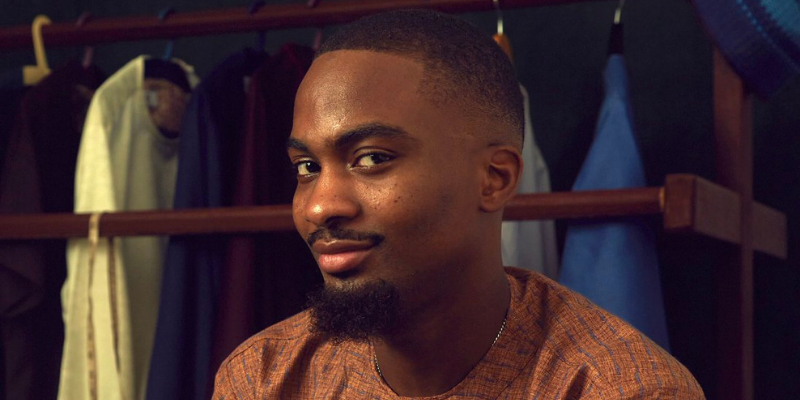 Kunle Akin is a beloved photographer with big plans for his future. He spoke to us about his journey from intern to entrepreneur, the importance of finding a community of like-minded creatives and going from charging ₦20k a look to making millions in a good month.

What did you study in university?

I studied Computer Science and graduated in 2017.

Ah! And you don’t have a fintech company?

[Laughs] That was before the fintech boom. If I had graduated recently, I would probably have found a way to go into tech. But after graduating, I was working as an IT consultant and digital marketer at an investment bank. After some time, I left.

Were you one of those people taking random photos everywhere?

Yeah! I like architecture photography — I love beautiful photos of buildings. And there was this guy in my school who was a photographer. I followed him around.

So, where did you get the courage to leave a steady paying job?

I will admit that it was foolish because I wasn’t even making money from photography. I couldn’t even take pictures, but it was getting depressing at my job and I was unhappy.

What did your parents think about the switch?

They were supportive. I remember talking to them and they said since I was not happy, I could do something else.

That has to be the easiest conversation about a job switch with a Nigerian parent.

How long were you at the company you worked for?

Did anything in particular happen to make you finally leave?

I am not sure. I just realised that I was getting really distracted at work. I would be lost in my head and then come back with a sigh. I wasn’t eating, even though I am not really a food person. I was always skinny.

Yes. Your Twitter handle is clear on that point.

Hahaha. And the people I met at the job had left. The work environment just wasn’t working for me. But I still gave them my one-month notice.

I wasn’t paying rent. I was staying with a friend. [Laughs]

Ha. That must have helped in making the decision. So what happened next?

I was doing some digital marketing, handling social media for some clients. I tried to learn java but that didn’t work out. But I was still interning under an established photographer.

At what stage did you feel you could do things yourself.

Let me not lie, getting to that point was hard. I’m very self-critical. You have to have a studio, a camera, backdrop, light and you have to do post-production. Every part of that is expensive. But because I was interning with someone, I got access to all of that for free.

And before I go into the post-production part, I learned to shoot because that’s the hardest part. Then I’d give the work to a retoucher for a fee — that is before I began to learn how to do all of that by myself.

So what was your first paying gig?

It was my friend’s mum. She wanted to take photos for her 50th birthday. I borrowed a camera and we used her sitting room. That was in 2016 before I left school. She paid ₦25,000.

When you started your own thing, how did you get your first customer?

I started to post more online. But my first client didn’t actually pay me.

Na wa. How did that happen?

She was a contestant on Big Brother Naija, and she reached out to me about taking her photos for AMVCA.

How did she reach out to you? On social media?

Kind of. She had seen some of my work, but she didn’t reach out directly. She went through a friend to get to me.

She needed the pictures that night. And because she was a Big Brother contestant, I kept saying yes, yes, yes.

I realised later that in all of the back and forth, we didn’t talk about money. I then told her she was going to have to pay. I gave her a figure. She said, “No problem”. So I went there and did the shoot at an Airbnb. Till date, that is still the most liked set of photos on her Instagram.

I’m waiting for the bad news…

It’s coming. LOL. I messaged her asking for the money and it took one day, one week, one month…

Was she asking you to wait?

Yes. Sometimes she would ask for my account number and then ghost again.

That is how it continued until I left it.

Naija celebs sha. So what was the first gig that actually paid?

I got it through Instagram. It was a birthday shoot. I told them how much I charge, and they accepted. I think I made ₦60,000.

Did that make you feel like you had done it?

Did you have a camera at that time?

No. I didn’t have anything. I even did the shoot at a friend’s studio.

And you had already made money. That’s the greatest business in the world, bros.

[Laughs] When I look back, I see that I had it easy. Starting out is usually hard. So that interning really came in handy. And I was able to befriend some of my boss’ friends who were photographers themselves.

Sweet. So fresh out, you made ₦60k. What’s the most you’ve made since then?

The highest for now came in at over a quarter of a million. It was a corporate headshot gig.

Wawu. How long from your first gig did it take?

I think it was the guy I worked under. He had a big influence. My work got standard really fast. I could see the quality and people said as much. I started getting comfortable with lenses, graphic editing tablets and more.

When you start getting stuff like that, you have to factor it in your cost. You can’t buy a laptop for half a million naira and still be charging ₦30k.

True, true. So what are the most expensive pieces of equipment you have?

The laptop and the camera. I use the Canon 5D Mac; the lens can be more expensive than the camera itself.

How do you get customers now?

What about Twitter? You have a decent following there.

I’m still trying to hack that. My profile there isn’t a serious one.

What are you looking at next?

I want to do something with NFTs. I want to do a storytelling session with ethnic groups in Nigeria, but not the popular ones. I want to do it as an exhibition as well. The corporate and fashion photography continues.

Speaking of, what are the revenue streams you now have as a photographer?

Corporate headshots, portraits, fashion photography as well. I do events but it hasn’t quite taken off.

Which is the most lucrative?

The corporate headshots. Events are the least because I’m not really an events photographer.

It will shock you!

Ha. But everybody making products that are consumed visually are cashing out these days.

Well, December was a good month. It would have been even more solid, but there was that ban that prevented UK people from coming to Nigeria for some time. I had clients coming in but that ban destroyed the entire thing. I had to refund.

Must have been painful.

Yeah. But one client paid in pounds and said we’ll do it in the future. Let’s just say I have pending work but the money is with me.

Not too bad, I guess. What would you advise anyone looking at your work on Instagram and thinking of emulating your style and success?

1. Make friends with photographers. We are a very helpful community. It is the most important thing because it helped me.

3. Do decent work, so you can get referrals.