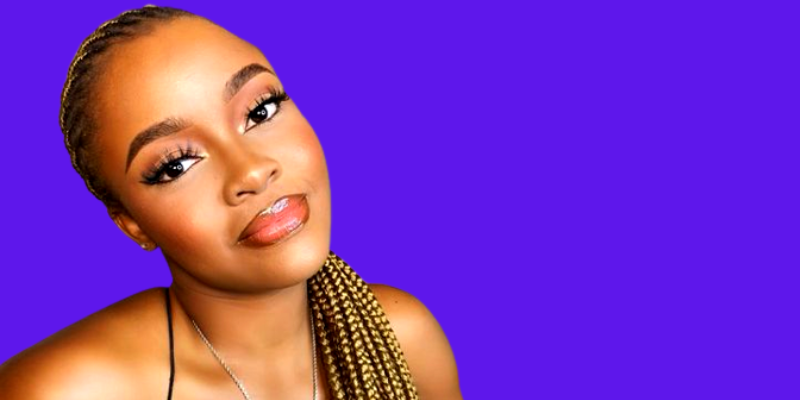 Few stories are as impressive as Liya’s in Nigerian entertainment. She went from performing at small shows to joining Davido’s music label, becoming famous almost overnight. In a recent chat, she told us about her life pre-fame and gives an account of the meeting that changed her life and finances.

You studied Yoruba Arts. Was that intentional?

Yes and no. I wanted linguistics and then was given Yoruba at the University of Ilorin. I said, “Hmm, this is interesting.” People weren’t really paying attention to it.

Yeah, but that made me want to do it. I knew it would help me learn more about my culture, since I am a Yoruba girl.

Yes. I learned about the world. It was complex and interesting. And very stressful. We couldn’t speak English in class!

But you knew the language already.

It was different. Deeper. I only knew the Lagos kind of Yoruba. But we were learning parables in deep Yoruba.

Surprise, surprise. So when did singing enter your life?

I was always interested in singing. I was one of those kids writing down the lyrics of jingles. I liked Whitney Houston, Asa, Angelique Kidjo. But whenever they played music videos on TV, it was 20 male acts and maybe three female artists. So I didn’t really see myself on TV. But I was already singing a bit especially in Arabic school. And behind my house, there was this C&S church that I liked listening to. But things started to happen when I got into university. I met people who were always going to the studio; some didn’t even go to class.

Where was this studio located?

Not too far from the University of Ilorin. It was a restaurant actually. But the studio was in there. It was there it finally clicked that I could actually do music full-time.

You were not thinking about money at the time?

No! It was just for the fun. The first time I was in the studio, I was so happy. I was feeling like a bad ass. [Laughs] I just kept doing it and doing it.

How were you paying for studio time?

I was lucky that people were interested in my music, so they would allow me record. I didn’t really pay.

[Laughs] I was. I went for lots of competitions. UNILORIN got talent, Ilorin Idol, many. I got awards from events. It was a good time.

So your music career started in school?

When was the first time you got paid?

It was in school. I was either in my second or third year. I asked my sister and my friends how we should go about the gig. We agreed that we should ask for money. We were in UNILORIN and the event was in KWASU [Kwara State University]. We didn’t want to pay transport fare. So we decided that we’ll ask for 20k. They said it was a students’ show, so we agreed to take 10k. We were so excited! shouting, “Oh my God!” [Laughs] We hired a cab and they booked a hotel for us and we did not pay. That, too, made us happy. The event was amazing and I was all energy. [Laughs]

Upon graduating, did you know you were going to sing or did you have another career in mind?

I knew I was going to sing because it was the only thing that made me happy. Although I had wanted to be a banker so bad as a child because of the bankers I saw. I wanted to be a chartered accountant. But in school, I just knew that I could do music.

What about your parents?

My mum didn’t really mind; we used to sing together. But my dad was worried.

Did you think you would be able to make a living?

Yeah. I had people reaching out to me and saying they would like to manage me or that they would love to invest in my career. I met with an investor after leaving school.

Cool. Where you able to get shows?

ALSO READ: Oluwadabest Is The Director Behind Your Favourite Commercials

But you had broken the free gig jinx in Ilorin…

Ha! Lagos people are different. They will say you are an upcoming artist, that you have to pay your dues.

So when did you first get paid for a show in Lagos?

It was after I met David.

How were you surviving in this expensive city?

It was hard o. I was doing my NYSC, so there was a monthly allowance, and my sister and I were selling clothes.

Yes. My sister still sells clothes and hair now. I am trying to focus on my music and then we expand the empire.

So how did you meet Davido?

A friend of mine is friends with Peruzzi. One night, she told me he was performing at an event, that we should attend. We ended up in Peruzzi’s car and she played one of my songs for him. The song was “Melo”, which I had recorded a few days before and I was still trying to like. I felt I could do better. So when she played it I was just saying that I can do better in my head. But he liked it.

Thanks. He continued driving but we didn’t know where he was going. It turned out to be a club and David was around. Peruzzi went to talk to him and then he is all ginger: “Where she dey? Where she dey?” Then we start talking and he says, “I hear say you bad!” I said, “I am trying!” I was shouting because the club was really loud. He then asked them to play my song and I wanted to disappear.

They played it and he was like, “You bad o! I wan sign you!” [Mimicking Davido’s famous voice] In my head, I was thinking that he can’t be serious. Maybe he had been drinking. And I had seen interviews where he said he wouldn’t sign female artists. But he asked what I was doing the next day…

You must have said “Nothing”.

Of course, nothing. Even if we had everything to do, we were doing nothing. [Laughs]

He said he wanted us to go with him to Abuja. In a private jet.

This is an incredible story.

Truly! In the morning, before we went to Abj, he was just shouting “First Lady! Clear road! First lady! Clear road!” He then posted my photo online and now we are here.

So you met Peruzzi and Davido in one night?

Your mum’s prayers are working. How has that meeting changed your finances?

Heavily! I went from zero to millions!

Hmm. If we are to get you to perform tonight, what might we be looking at?

Because you are my friend, you should be looking at some thousands of dollars

What were the immediate career changes after signing with Davido?

Now that there is money, what do you spend the most on?

All of the above. You want to look good, you want to appear right. So I spend quite a bit on clothes, on hair, shoes, makeup. In that order. I also save. It is very important to save. I am not a lavish person.

We are happy to hear that. How much goes into your music videos?

It can be really expensive. Maybe about ₦10m. Most of the budget is for the crew and equipment.

So what next for Liya?

My fans should expect more music and more shows. I will release a single soon. And I am looking forward to doing other things outside of music. The empire must be built.

Given your journey, what advice do you have for anyone looking up to you?

First, you just have to keep going. Second, the people in your life are important. They need to push you even on days when you don’t feel like being pushed. Third, try to walk your own path at your own pace.