How Ruth Ikegah Went From Microbiology Student To GitHub Star 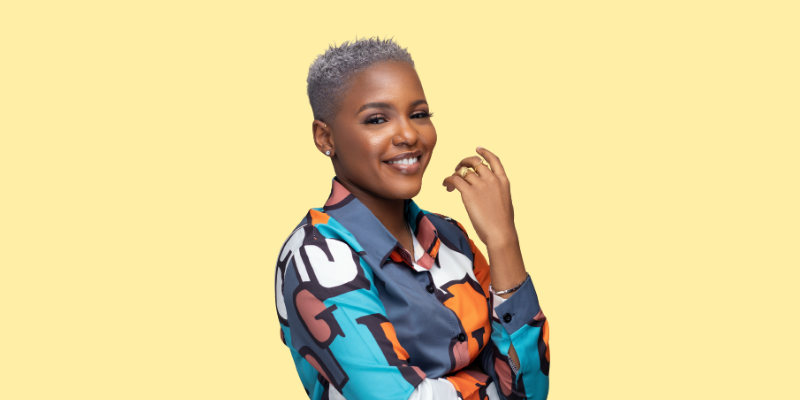 Only a few years ago, Ruth Ikegah was studying for a degree in Microbiology. Today, she is one of a handful of Github Stars. Last week, she spoke to us about her journey into tech and getting celebrated by one of the world’s most popular tech platforms.

It was great. I grew up in a middle-income family, and I’m the only girl of my parents. I grew up wanting to study medicine; that white coat seemed like a great idea.

Your folks would have liked that.

They did. But I eventually went for Microbiology at the University of Port Harcourt.

That’s where you were raised.

What was the plan after school?

I thought I would go for masters. I really liked virology. But I had a couple of friends in tech: one was a designer and another was a developer. One of them used to say that I should use the energy I was spending in microbiology for tech.

And this was one of your classmates?

Yes. Peace Ojemeh. She was deeply involved in tech. But I wanted to finish school first, which I did in 2019. I was in my parents house and they were feeding me, although I served in Lagos.

Did you look for a job?

Where I did my IT — the school’s teaching hospital — had a doctor, Jerry Igunma, who became my mentor. He had a lab that I wanted to work in. It was in Bayelsa, which was good because I really wanted to leave my parents’ house.

Yes. I really worked during my IT, but they didn’t pay me. I didn’t even get the SIWES [Students Industrial Work Experience Scheme] money!

My account number looks like a phone number so maybe they just decided that I had made a mistake.

It was painful. But anyway, I got tired of staying at home after school and started looking for things to do. I remembered my friend who was always saying I should get into tech. I reached out to her and asked a bunch of useless questions. [Laughs]

You know people trying to get into tech can ask those kinds of questions. But she was helpful and said I should focus on what I liked.

What was that for you?

I like microbiology, and I did some research and found that python could be used to analyse microbiological data. So I figured I would start with python. I started to go to the Ken Saro Wiwa Innovation Hall not too far from my house. It solved the power and internet problem.

The first day I went there, I met some tech people and they told me there was an event coming up. It was called Her Tech Story. People in tech were speaking about their experience. One of the speakers was Ada Nduka Oyom. Her story was like mine: she, too, studied microbiology. It was like me in the future because I could relate. I asked a question so she would notice me.

I got inspired by that event and I decided I would focus and put more effort into tech. I got on DataCamp to learn python and did 100 Days of Code. Later, I started going to a different tech hub farther from my house. It was more expensive but had more stability than the first place. And I had to use the money I saved in school from my feeding allowance. I couldn’t afford the ₦60k they charged for their bootcamp, but you could be outside the building and use their wifi. I met more tech people there. But, of course, the pandemic came…

[Laughs] I became active on Twitter because of 100 Days of Code. I started following tech people and tech trends. Giveaways were popular that period. I got a course paid for and a 3-month data subscription, too. Now, my friend back in school was really into open source [code that is designed to be publicly accessible — anyone can see, modify, and distribute the code as they see fit].

She explained to me that open source was like volunteering. She introduced me to a project she was part of. I joined and was lost at first. But I had a chat with Samson Goddy, the cofounder of Open Source Community Africa. He helped me find what I wanted to do.

I wanted to help beginners get into tech and open source. It was hard for me and so I knew it would be hard for others. I could help them.

Thanks. I was tweeting frequently about how I could help. Then one day, I got an email from Github Stars. It is a programme that celebrates people educating their communities about tech. It was a nomination. Github was the main tool for my work and I was building in the open, so this was quite exciting.

You got the award, right?

Yes. And I was the first African woman to receive it.

Thank you. [Laughs] The other people from Nigeria, including Samson Goddy, were people I look up to.

Must have felt good.

It did! I think the nomination and win came in October 2020. I had that imposter syndrome. The recognition was massive because Github is…

Yes. [Laughs] Only their tweet gave me like 2,000 followers. It was very important for me. They sent me a bunch of swag and equipment. My workspace is filled with things they sent me. I got a plaque as well.

Congratulations! What happened next?

I had now been in the scene for about a year, so I started to look for a job. I had started with python but was now into technical writing. Sometime in May, I got a job with a US agency involved in content marketing. That was my first official job.

[Laughs] I’ve tried. But for a first tech job, it was great! When the recruiter told me, I was screaming.

I totally understand. I would scream too.

I wanted to come to Lagos because they told me I would meet more tech people and that Lagos was this and that. All those shalaye.

They tell everybody the same thing.

[Laughs] I also wanted to leave my parents’ house. My parents wanted me to do NYSC, but I wanted the job. Luckily, I found a way around it.

How long did you do the job?

So close. Why didn’t you complete a year?

I was burnt out; I had reached breakpoint. I realised that writing is something I want to do for fun. I don’t want it as a career. It was draining me. The money was good but my peace of mind was just as valuable.

What are you up to now?

I am back to open source. I contribute. I am also involved in contracts. Sometimes it’s writing, it can also be restructuring documentation, sometimes it’s more about community building.

What would you be charging for these contracts?

I can only imagine. What advice would you give folks trying to get into tech?

First: I would say think about what you are interested in then ask questions about how to get what you want. Your initial interest can change, but it will help you get a foot in. Initially, I wanted to connect microbiology to tech but that has changed.

Second: Share your work to help other people. You, too, will learn when you do that.

Great. So, what’s next for Ruth Ikegah?

Open source. I am doing a lot and I see myself doing more in the coming years. Africans are unique and I want to solve problems in open source as it relates to us. People refer to us as users; I think we can change that.