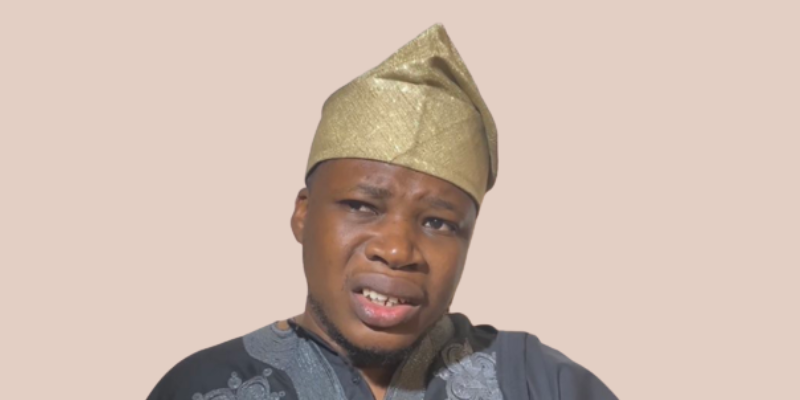 Our subject this week is Christian Obi, who you may know on social media as the hilarious and relatable The Igbo Wolf. When we caught up with him, he talked to us about all the many career paths he’s tried and how he’s currently combining his office job at a finance firm with his online content creation business.

It’s a combination of my tribe and my spirit animal.

What does The Igbo Wolf do?

I am currently a product manager at a finance company. I also create content — tweets or videos. I like to communicate my thoughts.

Interesting. What was your first job after graduation?

I was a teacher in Bayelsa during my NYSC, and I was also acting, writing and dancing for a drama troupe. After that, I struggled to find a job for almost two years.

That must have been frustrating.

Yeah, but I think I was also putting in the wrong kind of energy into the search.

I’m not sure how to explain it. I was aware that I didn’t want to work a 9 to 5 job only. I also wanted to maintain my creative freedom, so this narrowed down the types of jobs I was willing to accept. I was hoping that something would work out on the acting or writing front. I even wrote a series for Africa Magic that was never shot; I got paid sha.

I occasionally took on writing jobs, both creative and non-creative. I did this alongside graphic design and even some UI/UX work, although, as far as I can remember, it was not called UI/UX at the time. This was in 2015.

Before all of that, I had wanted to join PEFTI, the film institute, and my mum was in support. But my dad wanted me to study medicine. I settled on computer science instead. After working as a graphic designer, I then worked at a strip club, and…

Let’s pause there, first. Strip club? Ha! You have to tell us this story!

I was a staff there.

You can’t pay me enough to say more. [Laughs]

Na wa! But okay o. What happened next?

My friends started a mental health establishment, and I worked there for some time. And then I was at a travel company as customer support, but I didn’t see a path for growth there. I then decided I was going to focus on data analytics, so I resigned, looking to throw myself into the market. And that was when COVID hit.

Yup. So, during COVID I fell back on my savings and on Twitter

₦5k here, ₦10k there. I worked with a few brands. I did something with Big Brother, which made me watch the whole thing for the first time. I was paid to watch it, thankfully.

Later on, I saw an opportunity for sales. I was reluctant but a friend urged me to give it a shot. I went in for the interview and midway through it, they gave me a job in strategy instead. And it was on this job that I realised how terrible the apps clients would bring in were.

In terms of the services they were offering. Anyway, I finally remembered I was a computer science graduate. Instead of complaining, I thought, maybe I should fix it. I took a course in product management and later spoke to a couple of my friends about wanting to be a tech CEO.

I was joking, but one of them got me an interview with a company looking for a product manager. I spoke to them and they offered me a job.

Well, I once worked at an advertising firm and my boss told me something about professional confidence. During the interview, I had an out-of-body experience, and I was just talking like I was special. But it turned out to be a lot of work because the company had more than one product and a lot of clients.

While there, I decided I wanted to focus on fintech. I looked for a fintech job and, for some reason, they hired me.

But you had done a course in the field. Didn’t that count for something?

See, you can do all the courses you want, but the major thing is experience. I brought in my brand management skills. At some point, one of my bosses said he wasn’t sure about the hire but he was happy with my work.

There was a day when something had happened and as a response to whatever it was, I did a newscast reaction to the event. People loved it. I then decided to go back to skits because I was doing that before. My phone wasn’t really great, but I found that people don’t mind.

How about working with brands?

In the start, I was just one of the people contributing to a campaign. But now brands say they want to work with me directly.

When was the first time you joined a group for a brand campaign?

That was in 2018. I got paid by a drink brand doing a campaign in a popular club. That was a great experience because I got paid to hang out with celebrities and have fun.

So when did it morph to you being sought out in particular?

I think it started with my Professor Nwa videos.

That’s the one with an Igbo lecturer calling out Yoruba student’s names.

Yes. The idea is that the Yoruba names have different Igbo meanings. For example, if you pronounce Yemisi a certain way, it means *something unprintable*.

[Laughs] By the time I woke up the next morning, the video had 40,000 views on Twitter. Something I said not entirely deliberately in the video even became a bit popular. It was around then that a brand called me. I was like, “You want me?”

I was stunned and happy. That was last year.

Do you remember how much they paid?

We are no longer at that level, are we?

[Laughs] Yes. It’s much better when it’s a video that I share across my social media accounts because then it is a good six figures.

Do you think you will focus on either content or on your job sometime soon?

No. Some months are dry on the content side. My job is a regular source of income. I have no plans to leave one or the other. I don’t think I have to choose. This is the first time in my life where I like everything I am doing.

I can imagine. What advice can you offer to anyone looking to go into content creation?

Three things. I think consistency, a decent camera and trust in oneself is a good combination. You see skits where the joke is obvious but people laugh as though they have never seen somebody being duped or somebody falling down before. You just have to trust the process.

What if you’re not funny?

Do you know people who are not funny are making it? Even for me, not everything I do is funny to everybody. But if you are not funny, you will know after your first skit. When I had a bad camera people still managed to watch it because of the content. So I think you will know.

If you really want to do it, you will have to find your way through even the negative comments. But really, my advice is for those who are funny. 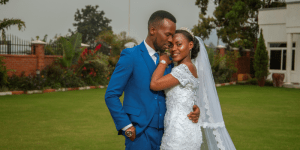 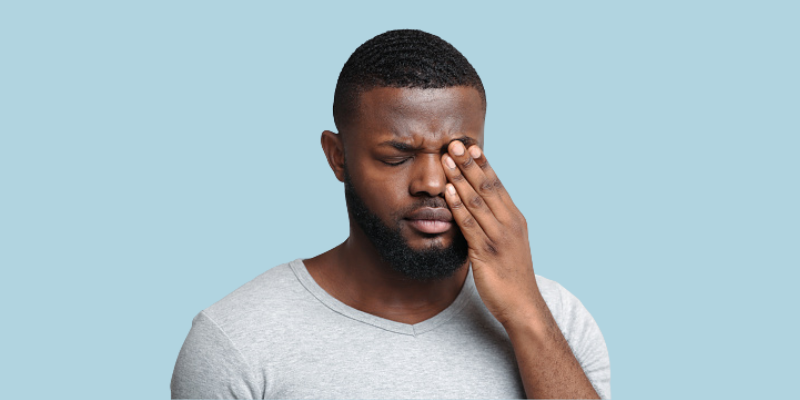