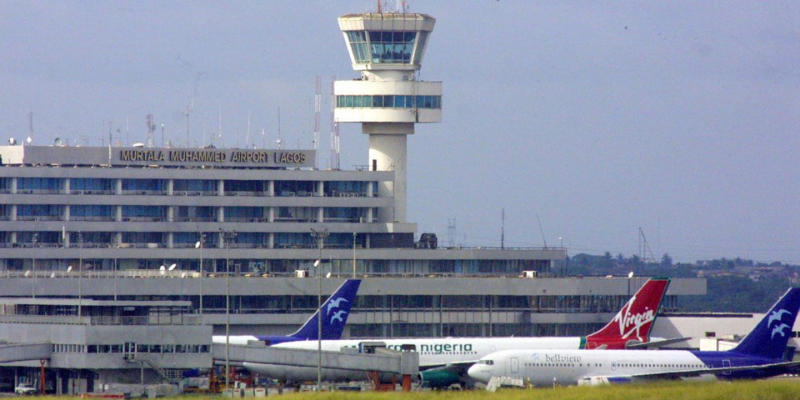 Japa, a slang that loosely translates to quickly getting out of a difficult situation, has been repurposed to mean migrating from Nigeria.

Nigerians have always been drawn to other countries, but this year has had many Nigerians become particularly vocal about their japa status, with the “Welcome to a new dispensation” meme flooding our collective Twitter timelines. The memes have made many people laugh, they’ve also made some people think. It made us talk… to Nigerians who migrated between 2019 to 2021.

They told us why they left Nigeria and gave us the cost breakdown of japa-ing.

When did you realise you had to japa?

Edikan*, who migrated in 2019 to Dubai through a job, says his former work environment didn’t support the plans he had for himself. “Work wasn’t going well, the country was nose-diving into an abyss, and I felt suffocated,” he explained.

His story is quite different from Lanre*, a 29-year-old entrepreneur, who left the country in September because he lost hope. He complained about the government policies that affected his startup. “I had to make a choice: suffer to make it (which I eventually will) or make it without having to deal with the economic sabotage,” he said. “I chose the latter.”

In 2019, Muyiwa*, a software developer, left to prove a point. After interviewing with several foreign companies and getting rejected repeatedly, it became clear that his problem wasn’t a lack of skill but his “Nigerian passport,” he said.

Halima*, who left abroad years ago to come work in Nigeria, says the events of 20th October 2020 left her scarred. “I didn’t feel safe anymore. Whatever bubble I was living in was burst,” she said.

What’s the cost of processing a travel visa?

David*, who got someone to file for him in 2019, said it cost $535 for filing and $445 for the visa application. “After passing my interview and getting the visa, I spent an extra $220 for immigration fees, which is the cost of a green card,” he explained.

Muyiwa, who got a blue card, said his company got a pre-approved visa for him: “I went for a visa interview and paid €75.”

Edikan said he paid ₦40,000 to do his medicals at a government hospital. “I got to the embassy, and my medical examination was rejected because it wasn’t from the designated hospital,” he said. “I ended up spending an extra ₦55,000 for medicals. The sum was ₦95,000.”

David said he was able to get his done for ₦65,000. This is a far cry from the cost Halima incurred; she complained that the health surcharge was over $4400 as charged by the USCIS (the $100 per month policy meant she couldn’t do much with her Nigerian card). “This gives me access to free healthcare for the next five years. The agenda is to become a citizen after that period so I don’t have to pay surcharges again,” she said. Others like Lanre paid a whooping ₦600,000 and ₦60,000 for IHC and Tuberculosis testing, respectively.

What’s the cost of passports?

With booklet scarcity and a long list of Nigerians waiting for their passports, prices depend on priority. The current rates range between ₦30,000 – ₦70,000.

What’s the cost of flight tickets?

Halima estimated tickets costing her between $2,500 and $2,800. David wanted direct flights but couldn’t wait for the days they were available, so he ended up paying ₦370,000 for connecting flights. Muyiwa, who paid for access to the lounge, said a one-way ticket cost €1,000 on Qatar Airways.

Edikan, who ran out of cash to buy flight tickets, said his company bought the tickets and sent them to him. Depending on the destination, current rates for tickets cost  $1,000 or more.

Who pays the cost of japa?

Edikan and Muyiwa said their companies fully funded their japa. “I was instructed to keep all receipts for reimbursement, but before that, I had to borrow from my family and former boss when my savings finished,” Edikan explained.

Others like Halima and Lanre funded the trip themselves. Halima said she got extra support from her number one sponsor: her dad. But the reality is most Nigerians end up using their savings and taking loans from friends and family to fund their japa.

What’s the total cost of japaing and was it worth it?

After paying a combined fee of ₦100,000 for covid tests, Muyiwa says everything cost his company €2250. Asked if the trip was worth it, he says, “If I wanted a job next week, I’d get it. Compared to the tens of applications I did in Nigeria before getting one job.”

Edikan says his expenses came down to about ₦800,000, but it was worth it for the life he gets to live now. Lanre, who had to show proof of funds, says it cost him ₦14 million while the travel cost was ₦1,500,000. “It was definitely worth it. Sadly, a good number of Nigerians may never know what it’s like to exist in a system that works.”

Halima says she hasn’t calculated it yet and has refused to, but she thinks it was completely worth it.