5 Nigerians On Dating People Richer Than Them 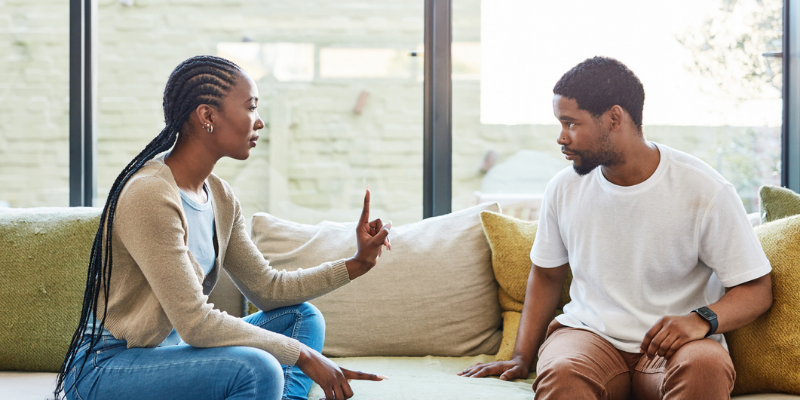 Dating someone richer than you can be very beneficial, if they’re generous that is. However, couples still struggle with relationship problems that arise from the difference in earnings and financial priorities. These differences can create tension, raise compatibility questions and foster insecurities and feelings of inadequacy.

We spoke to 5 Nigerians who’ve dated people richer than them, and they had a lot to say.

“She supports my business and our lifestyle.” — Kelvin

When Kelvin started his online business, his fiancée pooled the capital. “She made me a better person,” he said. “I wouldn’t say I was poor, but I was a struggling graduate when we met.” His fiancée, who has a business of her own, supports him and their lifestyle.

“Although I doubt I would get to her financial level anytime soon, I am working towards taking on more financial responsibilities.” He admits that the financial dynamics means she gets away with a lot of things. “I don’t question some of her decisions I disagree with. Past disagreements have proven that doing so will end in tears, for me.”

In university, Nnanna dated someone way out of his earning bracket. “At the time, I was a medical student in my final year,” he said. “She worked as an executive assistant in a big pharmaceutical company, and her pay was good.” Things took a turn for the embarrassing, however, when she got a raise.

“She paid for almost everything: Our dates, little trips, gifts, even Asoebi for when her friend got married,” he said. “Honestly, I wasn’t jealous. I just felt I needed to take control of some financial aspect of my life. The relationship ended amicably.” Reflecting on the relationship, Nnanna admits to letting his ego get in the way.

ALSO READ: 5 Nigerians Talk About Being The Broke Friend

Joy and her partner had dated for over three years when she found out he was leaving her for someone else. “Although there had been unanswered questions about our future, I didn’t expect him to leave me,” she said. “And getting dumped via text was especially humiliating.”

Her partner had provided for her in the years they were together. “If it’s money, I enjoyed it,” she admitted. “He was so generous. All I had to do was hint at a problem, and he’d fix it.” His new partner was a childhood friend he’d known his whole life. “She’s from a wealthier family, so I suspect the whole thing was arranged,” Joy said.

“He was rich, but not generous.” — Naomi

Dating a wealthier person can be fun, but only if they’re generous. When Naomi started dating her partner, she didn’t expect the relationship to be one-sided. “I was also financially independent, but he earned my annual salary in a month — working for a foreign company,” she said.

During the relationship, Naomi remembers not getting any gift or financial benefits. “I did more of the gift buying, and sometimes it felt like I was overcompensating for something,” she said. “I realised that was just his personality — he wasn’t big on giving. We broke up because we weren’t compatible, despite our financial situation”.

“He spends money on me but rarely gives it to me.” — Feyi

As a masters student abroad, who also works full time, Feyi’s views on money differ from her boyfriend’s. “He has a well-paying job and a wealthier family, so no black tax,” she said. “He always tells me I think of money too much, but with the responsibilities I have back home, I have to.”

Feyi and her partner are working on how gifting should be done in their relationship. “I prefer cash. There was a time he spent almost $2,000 on gifts. I was low-key furious because I needed the money more than the gifts. How can I be sporting a $400 designer bag, but struggling to send money home to my family?”

Feyi acknowledges his way of showing love, but she needs the cash more than she needs the gifts. “It’s difficult for him to send me money. He rather spends it on providing me with a luxurious life that I can honestly do without.”