Oluwadabest Is The Director Behind Your Favourite Commercials 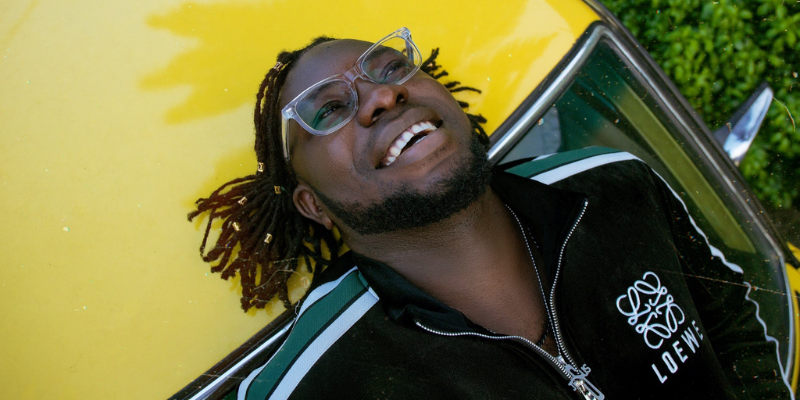 Temitope Dada, popularly known as Oluwadabest, is the director behind a bunch of popular ads for major brands, including PiggyVest. In this interview, he takes us through his eventful career, discusses the moment his life changed and offers advice for pricing creative work.

Your bio says you’re a commercial and documentary director. How did that happen?

When I was getting into the industry, I felt that for me to be very effective and sought-after, I needed to specialise. It also helped that one of the first opportunities I got as a director was for a TV commercial.

How long have you been doing this?

Officially, it has been a year. I executed the OctaFX television commercial that made me famous around July last year. That was also the project that helped me decide to stick with cinematography. But I’ve been working as a director on smaller projects and co-directing with colleagues before then.

​​Did you go to film school?

How does a geographer stumble into filmmaking?

I’ve always been creative. I started graphic design around 2010, when I was fresh out of secondary school. That was the period when cybercafés and computer tutorial centres were booming in Nigeria. I started taking on freelance design projects that paid between ₦3k to ₦5k as I tried to get into university.

When my attempts to get into school kept failing, I got a job at an event production company that needed a video editor. I learned on the job for a few years, then I finally got into school. In school, it was impossible to do video editing because it was time-consuming, so I got a camera and started doing photography and filming events. It didn’t take long before I got bored.

Was that when you moved to cinematography?

Yes. I got bored with being paid weekend to weekend. I also met Timmy Davies, the cinematographer, by chance and signed up for his internship programme. That was when I knew it was bye-bye to photography.

You were already a decent photographer at this point. How did it feel signing up for an internship?

Yes, I was making a decent living from photography. I had even graduated from second-shooting for other photographers to managing my own gigs and hiring second shooters. But I was chasing something different.

In fact, the day I got the internship acceptance email from Timmy, I was shooting at an event. I had to leave my second shooter there to go pursue my future. I just discovered that there’s more to the creative life than what I was doing, and I was just willing to give it a chance.

The internship opportunity was also timed — I think it was 8 or 12 weeks. So I thought it didn’t hurt to give it a shot.

It did. What I learned from the class was even beyond practical filmmaking. It was like a life class, a reorientation of my thought pattern. If I returned to photography after that, I would have been a better photographer.

Was that the turning point?

I think the turning point was starting photography. Photography gave me the opportunity to enter places that I, naturally, wouldn’t have been able to enter. I remember being in awe the day I went to shoot at Banana Island.

I come from a very humble family, so that was a different reality from what I was used to. That was a turning point for me, seeing the possibility of a different life. And I was lucky to have people help me navigate my way.

Tell me about your first commercial gig.

I’d worked in the background with others on projects for Guinness and Coke. My first commissioned project, however, was for a forex company. Many people got to know me through the project.

I think what made that project successful was choosing the right team. I don’t even remember making a huge or notable profit from the project, but I gave it everything I had. And I’ve done so many more projects from the success of that one.

ALSO READ: How I Went From Student Photographer To FIFA Documentary Director

Is that the project you’re proudest of?

It was a connecting project. It brought many people my way, and I’m proud of it, but I don’t think it’s the one I am most proud of. My next project is my proudest project. I don’t rely on past glory. I want to prove my worth with every project.

How about projects that were significant financially?

It has to be the Burna Boy commercial. Then, of course, the Piggyvest commercials I’ve directed.

So, what gave you your first million?

Tell me about it.

When the alert came in, it affirmed my belief that it was possible. I haven’t sent invoices for less than that since then.

Your life has had a turnaround.

My life is still turning. It hasn’t finished turning. [Laughs]

You’ve come a really long way from earning ₦3k. How has your relationship with money changed?

It’s a normal thing in life that as you increase in social status and financial capacity, you desire more things. You ‌desire things ‌you had no business with when you were in the trenches. Sachet water doesn’t make sense anymore; you have to get bottled water.

Thankfully, I’ve also learnt to save and invest more.

Do you have any structure around savings?

I’m on a daily auto-save, so my account is getting debited daily.

Might that be part of your motivation to keep working?

Yes. Because I know the impact of a daily direct debit, I’m on my toes to ensure that my account doesn’t go red.

Tell me about a major mistake you’ve made in the past?

There are a lot of them o!

[Laughs] Like lending someone money that they did not have any plan to pay back, and I knew when I borrowed them. I was being overly sentimental about it. So, yes, my money mistake is being sentimental. Also, I am a gear freak. I tend to buy a lot of things because I like them.

What’s a good month for you financially?

What a very good month means for me has changed over time. I’m also wise enough financially to not rely solely on one-off projects. Directing is one of my biggest paid jobs because I am paid per project.

One thing I learnt is to have a stable source of income, so you don’t put pressure on your hustle or take on ridiculous projects. My production company has some clients paying monthly, so salaries for me and my staff are guaranteed.

Does that qualify as multiple sources of income?

Yes. I’m both a salary earner and a freelancer. I also dabbled in teaching at some point. My ideal month would mean getting 3 projects and our monthly contracts. By the second month, I can travel to Dubai comfortably.

Nice. Why teaching, though?

Funny enough, I started the training in 2020 because I needed money and figured I had a teachable skill. So I created a 5-day course, “Shoot – Edit – Repeat,” to teach people how to become better cinematographers.

Pricing formulas change. What I often tell creatives is that your price should be the addition of the cost of production and the desirable profit. That cost of production includes everything down to the cost of renting each piece of equipment you’re using (even if you have it) and how much you pay yourself as a worker in that project. The desirable profit will often change, depending on the person or brand you’re working with.

Are you still motivated by your Banana Island dream?

I’ve moved on because the dream is not so farfetched anymore. We’re dreaming bigger now.