Saga On How ‘Big Brother Naija’ Changed His Life & Finances 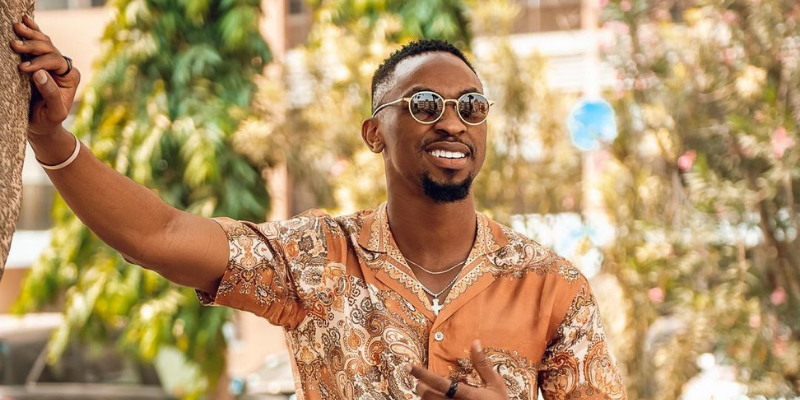 Okusaga Adeoluwa — known by his mononym, Saga — needs no elaborate introduction. Recently, the 2021 Big Brother Naija housemate found some time out of a packed schedule to talk about his life and finances before and after BBN. It is perhaps no surprise that his net worth has multiplied since he left the house but, as he tells us, so has his spending.

What was Saga up to before we met him on TV?

I was an oil and gas engineer, but I’m not really practising anymore. I worked in the South South for some time: Warri, Bayelsa, Port Harcourt. But I always had a passion for art. I used to take my drawing board with me whenever I was offshore.

I stopped doing that because I lost my job during the lockdown and then two days later I started a fitness club. Later, I got another job, still in oil and gas. The pay was smaller, but it was just something I had to do.

When an oil and gas engineer says the pay was smaller, that’s about ₦5m per month, right?

But oil and gas…

It’s not what it used to be. When our parents were in oil and gas, that’s when there was money, that was when they would buy cars and build houses. Now, most of the oil and gas people are japaing!

Did you have to quit your job for BBN?

Yes. I’m out here now, but I initially took a temporary leave and told them I had COVID!

LOL. BBN will never tell you that you’ve been picked, so I had to be smart. Even when you are waiting behind the stage, not all of you will make it on that stage. They probably don’t want people to go bragging or campaigning before it starts.

I can imagine. What happened when you got back out?

I sent an email to the company. I would no longer work for them as I used to, but I was available for other kinds of work, like ambassadorial work.

God saved me from that one!

What was the motivation for an oil and gas guy to go to BBN?

People told me, “Saga, you are made for this show.” I danced, I worked out and I am an artist. I guess they felt I was out of place as an engineer. That was why I tried it.

Was it your first time?

I had done a half-hearted application the year before, but this was my official first try. I was never a keen watcher of the show.

Let’s go back. You are from Lagos. What’s your family like?

I’m the last of three kids. My mum was a banker. She’s late now. My father was a banker, too. He studied banking and finance but always had a thing for engineering and design. He quit and started designing stuff.

He has a patent for a giant grass mower. I used  to tell people that if my dad was born abroad, he would be a millionaire in dollars. He wanted me to be the engineer he wasn’t. He didn’t know that I would go towards the creative arts.

While in the house, did you think there was a small chance you’d have to go back to your old job?

I knew I wasn’t going back to engineering. I knew I had talents that just needed a platform.

What if you got kicked out in the first week?

Ha! That would have been difficult. Let’s just thank God!

Since you have been out, how has your situation been?

Let me start by saying that in the house, I earned the most money in the shortest time.

How much was that?

And you were there for just over two months.

How long would you have had to work to earn that figure at your former job?

Lol. Maybe four or five months, if I was offshore.

What if you were onshore?

So it was worth it financially just staying in the house.

Yes! Ha! I made ₦2.5m just from writing a speech and reading it out loud. Nothing beats that.

Wow! How about when you came out?

Man, one of my very first gigs blew my mind. This guy had been begging my manager to bring me to a club in Warri, and he was arguing with them because they wanted to pay ₦1m.

I was like, “Me?” They will pay for things like accommodation and flight, and still give me ₦1m?

What are you spending on?

Let me start with the obvious one. Clothes. You will pay a stylist ₦100,000 to style you and you still give them the clothes back.

What else is eating your money?

That’s what makes some housemates depressed. It’s a life-changing event. It changes your reality drastically. So I am paying that and I’ve had to furnish the house. It’s expensive, but it’s not like I can still be living in my father’s house at this age.

How can? We would riot.

LOL. Instablog go carry am. “Saga Moves Into Father’s House After Being So Broke.”

Headline news! Do you now go to clubs every night?

If I go to a club, they give me drinks. So that isn’t expensive. But I can’t fly economy anymore — although I am not the one paying for it. Food is more expensive, too. I can’t eat my Iya Basira and my roadside bole.

But this thing called clothes eh! You return everything back because if you have to buy it, you spend more. The real deal breaker is that once I wear something and take a photo for Instagram, I can’t wear them again anytime soon.

So it’s actually saving you money to return the clothes.

Yes. Another thing that takes a lot of money is Airbnb and hotels. When you leave the house, you move into one of those. Every housemate is guilty of this one. Because you are moving around so much—today, you are in Warri; tomorrow, you are in Abuja—you can’t find the time to look for a house.

Sometimes you find a good place but before you pay, someone else has taken it. It got to a point where I paid for a place before I took a good look at it. I had to arrest the guy before I got my money back. That was on Christmas Day!

The housing thing ate my money seriously. And when I finally got a place and brought my clothes together, I felt like I should open a boutique!

Saga, that one is true, please. Don’t come and scam us.

[Laughs] I should not disguise abi? [Laughs]

Yes sir. Don’t scam our readers. What would you say is Saga’s business these days? We know about fitness. Is there anything else?

I put together a Sip & Paint event recently in VI. I am working on my YouTube channel. I’m also working on a one-day fitness event. It will be from 7am to 12pm. Let’s help you burn away all your calories.

So many hours. Won’t people faint?

It will be fun. I am also working on an art competition among secondary school students. I want to go about art and fitness in an unconventional way.

Which of these do you think you will be doing in 10 years?

In 10 years, I’ll have succeeded in securing a major foothold as an artist and fitness enthusiast.

You are building the Saga Brand, right? And that would be the force behind whatever you do.

Exactly. It can grow as wide as my imagination. I can open a gallery in South Africa. Amen! [Laughs] I am in talks for that. But people will only believe me when I have a track record.

How would you grade the Sip & Paint event you did?

I would give it a 9 over 10. Tickets were ₦50,000. I invited a lot of celebrities, so if you want to experience it with them, you get a ticket. And we had celebrity trainers.

I am working on a fitness app and on my merch. I was doing online training before BBN so I know how it works.

How did that work?

I’m tweaking the model for my app. A lot of people asked me about opening my own gym when I got out of the Big Brother House, but a gym is not as profitable as personal coaching in the midterm.

Are you sure about this?

Saga, you are my hero.

LOL. I can have about 10 clients. The only thing is that the gym is a long-time investment and you can sell it.

And you are too famous for home service now.

That’s why there’s the app.

Smart. Is there a plan to go back to TV where we discovered you?

I’m open to that, but I am not focused on it. But you know if the right opportunity comes…

Indeed. We hear you’re a big PiggyVest fan. How did you find us?

I have been using PiggyVest since it started and I have been doing ₦100 a day. I know it sounds funny, but I have bought three phones because of PiggyVest! I’ve made so many of my friends open PiggyVest accounts.

My people will love this part of the interview.

I love PiggyVest. When they mentioned the brand, I just got hyped! I save a lot. I don’t joke with my life!

And you want your friends to not think you are a millionaire.

I have to ask. Viewers are curious about Saga’s love life.

[Laughs] Is this a finance question? [Laughs]

Love is money in Nigeria. No romance without finance.

I’m in love with Jesus.

People said I should ask you what’s happening with Saga and Nini?

We are together as friends.

Is this your final answer?

Okay o. Ahead of this year’s Big Brother Naija, what financial advice would you give to housemates before going to the house?

Don’t pay money to anybody that says they can get you inside, and when you do get into the house, win as much as you can.

How about for contestants leaving the house?

Stay true to yourself: Whatever you have been doing, do it better. You won’t be able to keep it up if you change who you are. Also, try to control your spending. The money won’t come in the same way forever.

And lastly, invest. It’s a good way to grow your money.