The Cost Of Turning Up In Nigeria 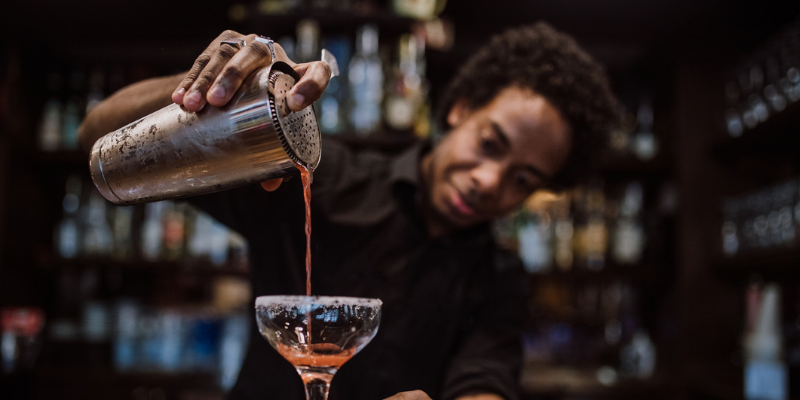 After a long week of slogging it out at work, passive-aggressive emails and the general stress of being an adult human, the best way to unwind, for most, is to let loose and turn up. As you will see, the term has come to mean different things to different people: from simple hangouts with friends to full-blown parties that span days.

Here is everything you need to know about the cost of turning up in Nigeria, as told by Nigerians.

How do you turn up?

Turning up is all about having a good time. No matter the activity or location. “My idea of turning up is tequila shots, food and grinding my bumbum on people,” said Adaeze*. For Timothy,* strangers are welcome “if there’s music, dancing, free flow of alcohol and zero tension while everyone respects personal boundaries.”

Some people don’t mind turning up alone, but most agree it’s best with friends. “Turning up is anything with my girls,” said Ruth*. “Clubbing, hanging out and drinks have to be with my close circle.”

After company, the next important thing is location. Bars, clubs, outdoors — choosing the right turn up location is essential for a great time. “I could be in a club, drunk as hell and dancing like a maniac,” Chiby, curator at South Social, said. “Or at my friend’s beach house or a house party playing games and meeting new people. “Having fun and getting buzzed is the goal,” he said.

For Dami, a quiet evening works better. “A quiet lounge, premium whiskey, cigars and great conversation is how I turn up,” she said.

How often do Nigerians turn up?

How often you turn up depends on how much of a social person you are. Tobi does his thing every two weeks; James thinks once a week is ideal. For Vicado co-owner Rekky, turning up is quite frequent. “I’m in my club almost every weekend,” he said.

On the other extreme are those who find turning up very exhausting.  For example, Ugochi*, a teetotaller, said she can go months without it. Others, like Edochi,* claim to club once a quarter but can have a full turn up week with like three days of clubbing. “I once attended a music festival, ended up making two friends. We rented a beach house, partied like crazy and split a $20,000 bill.”

What’s the turn up budget?

Turning up can be very expensive. James and Edochi claim to not have a budget. “I spend as the spirit leads,” said James. Timothy said the turn up activity determines the budget. “If I go clubbing with about six friends, we can each spend about ₦120,000 – ₦160,000.” On occasion, he said, each person might spend up to up ₦250,000.

For Adaeze, there is some kind of budget that is arrived at after putting funds away for savings, investments and bills. “The rest is for me,” she said. Ruth has a ₦50,000 budget that she rarely exceeds because “the bill is handled by some guy who is happy to be in my presence.”

“If I hang out with just my girlfriends, the budget is ₦30,000 each, but with a guy, I bring ₦10,000 as vex money,” said Hauwa*. For Dami, the only cost is for transportation because her partner or friend always handles the bill.

How often is the budget exceeded?

While Ugochi never exceeds ₦20,000 because she rarely turns up, others like Edochi and James find themselves spending a lot of money but can’t say they exceed a budget because there was never one to begin with. “If I overspend in a night, I quit turning up for the rest of the month,” said James.

Managing to turn up within a budget is a lot harder for some than others. Hauwa, who tries to be financially responsible, said she rarely exceeds her budget. “Different vibes come with different expenses,” said Chiby, who has no budget. “Even though I don’t have a budget, I still exceed the amount I expect to spend.”

“The morning after always starts with me committing my finances into God’s hands,” said Timothy. He claims to exceed his budget most times, especially when something spectacular happens. “I went to catch whines from a baddie who asked me to dance with her and ended up transferring ₦69,000 for ₦60,000 mint notes so I could spray her.”

What’s the most expensive thing about turning up?

Alcohol. Everyone agrees that overpriced alcohol in clubs and bars is what takes up the chunk of their money. Others, like Osas* and Ruth, spend more money on food platters than anything else. Said Ruth, “I love cocktails and an assortment of proteins, such as chicken, fish and gizzard.”

Timothy said he spends some money on settling police officers when returning home after a night of turning up. Adaeze avoids that expense. “I like to book a room close to where I’ll be so I don’t encounter police at night,” she said.

Most expensive turn up and why?

We got some interesting responses when we asked our respondents their most costly turn ups. Adaeze told us she “once spent ₦200,000 on food, wine, tequila and a hotel room.”

For Hauwa, it was something familiar to Nigerians. “I spent almost ₦2 million for my birthday celebration,” she said.

Timothy’s experience is just as familiar. For their grandfather’s burial, Timothy had his brother visit Nigeria for the first time with his family. “I spent over ₦2 million that period, which is a lot for someone who doesn’t earn that much,” he said.

Others, like Osas and Chiby, put their most expensive turn up at a comparatively modest ₦100,000. “I don’t believe you need to spend a whole lot cause you’re trying to have a good time,” said Chiby.

James, who had multiple outings and a wedding between August and September, estimated spending over a million naira turning up. But even that doesn’t come close to Edochi, who spent $6,000 recently. “And why not?” he queried.