Why Aham Ibeleme Went From Oil and Gas to Photography 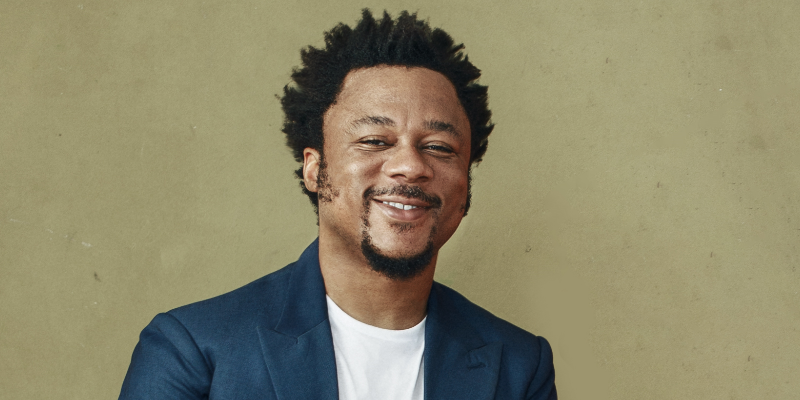 Aham Ibeleme’s journey into photography started about a decade ago during a trip outside of the country. From wanting to document that trip, he has become one of the most recognisable names in modern Nigerian photography. In a recent interview, he told us how he did it.

First, how did you get into photography?

A very long time ago, I travelled to the UK for a master’s degree. Like every tourist, I wanted to take pictures. This was before iPhones, so I had to buy a point-and-shoot camera. I wanted to document my stay, but I found that I wanted something more out of the images. So I bought a better camera and then a better one and so on. Before you know it, I had landed on a professional camera.

Weren’t you scared since you were a novice?

I was. I put it under my bed for about a week because I had spent about 500 pounds buying it. I didn’t want to press spoil. Eventually I found the courage to bring it out and the rest is history.

You are self-taught then?

So when was the first time you got paid?

After figuring out the camera, I went around, taking pictures of everything. I took photos of my twin brother and posted them on Facebook, which was the main social media platform at the time. A friend of mine reached out, saying she was getting married. She wanted me to take her wedding photos.

LOL. Maybe. She paid quite well not minding our relationship. I think she paid ₦200k, which is probably more than ₦500k in today’s money. It was then that I realised that I could make money from photography. That job pushed me into the wedding photography market.

Would you say you were you a wedding photographer?

Not really. I wasn’t trying to be that. I always wanted to do portrait photography. I wanted to have a studio and wasn’t really into events. I wanted to create timeless portraits. But back in the day, you couldn’t specialise in one genre. I did everything except burial photography. I couldn’t understand why I should take photos of sad people in a time for reflection.

What were you doing before photography?

I was working for an oil servicing company. That was in Port Harcourt. It was what I was doing before my father suggested that I go for a master’s degree.

Which you didn’t use…

How much were you getting paid?

In today’s money, maybe around half a million. And we had daily allowances, if you go offshore. I would go offshore and just pack money when I returned.

You must have been a big boy!

Yes! But I did not know it then.

Ha. Youth is wasted on the young. Back to photography: What happened after the wedding gig?

I didn’t see that money again for years! I had to go and make a name for myself. But I think things progressed fast. I blew quickly. My name was already out there in my third year.

For the first three years, I was learning. I was on YouTube every day. But then I would have these occasional gigs. Mostly family portraits, which I got quite a lot of back then. That was how I put food in my belly and kept the lights on. I met a few music artists. I recall meeting Dija and Show Dem Camp. We became friends and I would take their photos and post online. Their friends saw those photos, liked them and came calling. When they came, I charged them.

I was young and had time, which I used to be very creative. I created a really strong portfolio. Some of the things I am known for today were made very early in my career. And the more of my photos these famous guys shared, the more mileage I got than I got on my own. That was how my career took off. After that, I had to learn the business of photography.

What does that mean?

I was content being this mad-ass photographer and then I realised that I needed to put food on my table and live in a comfortable house. That was when I knew I needed to learn the money part. In other words, now I had a business. It was not enough to be just famous. Also, I met a girl and married her, so I had to feed her, too!

When it was about me, I used to get by. In the evening, I would just buy friend potatoes and fish and go to bed. Now, I had a wife. I had inherited the house we lived in from my uncle after he left Nigeria. But I needed something bigger; kids were coming. My mentors and some of my colleagues told me know I needed a business account. I now needed staff. Things like that. I increased my prices and, importantly, my clients took it. I also needed a studio space. I didn’t want to keep bringing “strangers” into my home.

Must have been quite a transition. Looking back, which of your photographs would you say changed your life?

Hard to say. But let me say that it is the one my wife says will give us a house in Banana Island. [Laughs] It is a black and gold portrait. That portrait catapulted my career. It is titled Ogiso.

You mentioned taking photos of music artists. But it looks like actors are more your speed these days.

Yeah. Most of them came to me after seeing my work with music artists and other work. Instagram was instrumental in that regard. For instance, the first time I shot Osas Ighodaro a company brought her and other female stars to my studio. The second time, she sent me a DM. I asked her if she remembered that I took her photo before and she couldn’t remember.

Yeah. We have worked together several times since then.

For us non-famous people, how much would we need to have to get Aham’s portrait?

Depends. I charge per outfit and you will have to bring six digits. There might be a discount for more outfits. But back in the day, I used to do ₦10k per outfit.

What are your income streams these days?

There is studio work, the main thing. Then I do workshops twice a year; I have been doing workshops for a decade. I also sell products. I have written two books. I am the first photographer to write a proper photography manual in Nigeria. I have video courses as well on my website.

What’s a good month for your business?

We do quite some millions in a good month. A regular month is in the lower range of millions.

Are you sure you are not Jeff Bezos in disguise?

[Laughs] No o. But I am not complaining. I go to the studio when I want. I don’t wake up by 4AM to go to an office.

That’s the life. What are your tips for financial success?

In the creative space, you have to have a convincing body of work. For photographers, your game needs to be on point. In Lagos, there are probably a billion photographers and everyone is great at what they do.

Back then, you could see mediocre work. Today, everyone is great, so you have to find a way to stand out. You must be different. Until you do that, the rest will not follow. For me, in the first three years, I learned pretty much everything I needed to learn. I kept my head down to learn what I needed to learn and when I lifted my head, I had become a sort of celebrity in the space. It was strange to me. Today, people meet me and say I changed their lives.

Then, you need to sell yourself. My work sold me in my case.

You also need to reinvent yourself according to the times: If Instagram says you get more views doing reels, then maybe you should do more reels. You can’t afford to get stuck in the past. Finally, I will speak as an African and say you should pray and hope for best.

How Femi Alabi Transitioned From Law To Model Management

How Femi Alabi Transitioned From Law To Model Management