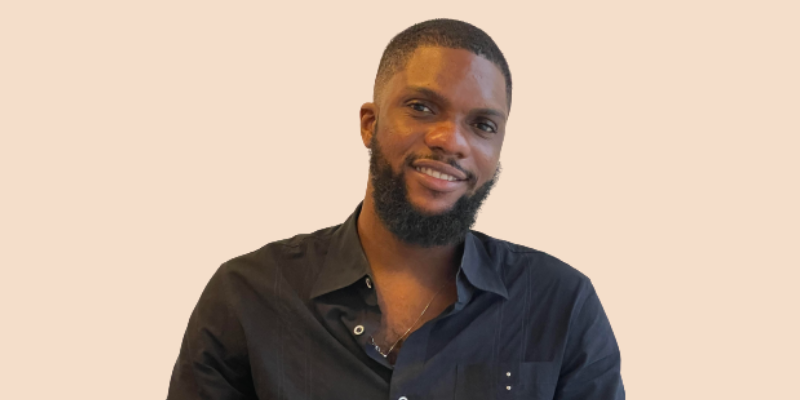 When a Twitter user asked people to share their 2021 wins, 27-year-old product designer and all-round badass, Daniel Abayomi, had all of Nigerian Twitter asking “God when?” after revealing that he now makes 23 times his former salary.

Impressed (and more than a little jealous), we decided to have a chat with him, and he gave us all the tea.

After receiving over 200 rejection emails in 2020, I got a few job offers I was excited about. In January, I received my first paycheck. Let me tell you for free, the joy I felt was peak; I didn’t want it to stop. When I started consulting for a few companies in the United States, I didn’t consider the potential I had until I made $15,000 in less than four weeks — and this was for a side gig.

WHAT? What was the job?

I worked for several companies. One of them was a Seattle startup called Reflective. There, I worked on an automation web-based tool. At the time, I was also working at ModusCreate as a visual designer.

The opportunities just kept coming: I got to collaborate with the DropBox team, and later, with telecom powerhouses like Verizon, AT&T and T-Mobile. These projects spanned for four months.

It wasn’t all good, though. I goofed and fumbled the bag.

In April, the CEO of a swimming app company based in the United States, invited me to join them as a Senior Product Designer. I accepted the position because this was a significant step in the right direction. I even sent my quit notice to Modus. However, because of a silly tweet I sent out about “strokes”, I was fired in three weeks.

Omo. How did you cope?

Luckily for me, my notice period at Modus had not ended yet, and the HR manager was kind enough to accept me back. So that sorted itself out.

Were you still getting jobs after that?

Yes. In May, I got a contract with Holmusk, an Asian data lab advancing the frontier of behavioural health. I got to work with cognitive psychologists, data scientists and engineers on a product called NeuroBlu. It was a short contract, but I was well compensated for the job. Funny enough, June was even better.

It got better? You’re on a roll!

LMAO. At the end of June, the CEO and Design & Product Lead of Brass Banking, Sola and Tolu, reached out to me to join the company, and that’s how I became a full-time Product and Design Lead at Brass.

How do you juggle a full-time role with consulting for other companies?

Sometimes, it gets difficult, but it is very rewarding. Working nights and weekends benefit me. I respect the work I do at Brass and enjoy the challenge of building things, and I make most of my money from consulting. Balancing both has helped me generate the resources I need to fund my interests.

What are these interests?

Angel investing. While it’s too early to say whether I’m skilled at angel investing, I’d say I’ve primarily focused on people. This year, I invested in two Nigerian startups. Next year, I intend to make more rounds of funding. However, I’m trying not to overwhelm myself cause I still have bills to pay.

How has the spike in your earnings affected how you spend and save?

My spending increased, as did my taste. I began purchasing expensive items. If someone asks for a small amount, I’m more likely to double it (for reasons I still don’t understand).

For savings, I have some sound investments and a saving strategy. Despite the fact that my monthly expenses have quadrupled, I am still able to save regularly.

Speaking of loved ones. How has your win affected your family?

This year, I found love in my best friend, and I’m so grateful for her. I also started a business for my father, and I got a car for my mother. It was such an emotional purchase because she sold her car years ago to pay for my brother’s surgery after he got into an accident. Since then, commuting in Lagos has been difficult for her. One day, I reached out and asked her to pick any car she wanted and I’d pay for it.

In your tweet, you mentioned helping your brother become world-class. Tell us more about that.

Last year, when my brother had to leave the country, I gave him my MacBook Pro and introduced him to design immediately after he started his travel processing.

I wasn’t earning a lot so I had to put aside all my income, including my earnings from side gigs, to pay for his travel, school tuition, rent and monthly upkeep after he received his visa. Everything I did was to set him up for success, and it paid off. He currently works at Square as a product designer.

Whoa. Congratulations. What is something you want people to know?

With all my years of software + design experience, I can easily link the most significant moments of growth to the times when I strictly focused on building and learning. I cannot emphasise the significance of spending just a few minutes planning what you truly want to do as a person.