Why I Decided To Monetise My Sense Of Humour 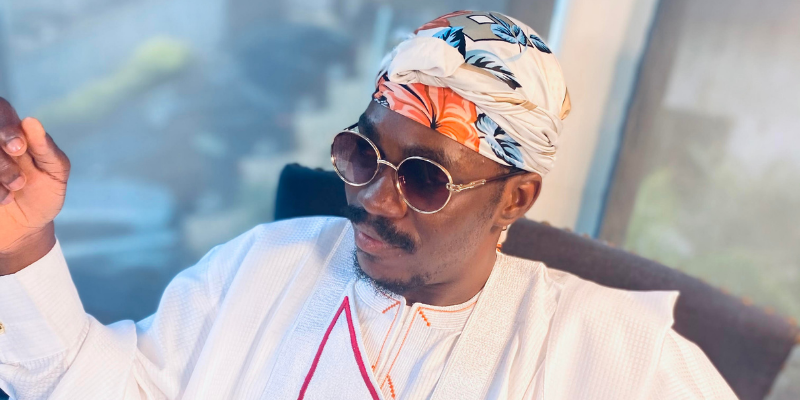 Curious about how someone could potentially monetise their sense of humour, we spoke to the hilarious Agba, real name Olubiyi Oluwatobiloba, about his impressive comedy career. Along with giving tips on handling financial negotiations, he also told us about the income streams now open to him — all thanks to Twitter.

Did you always know you were a funny guy?

I was a goofy kid, so yes. Interestingly, my dad knew I was funny and actually told me, when I was younger, that I should entertain people. And here we are.

Such an obedient kid. What was the first thing that made you think something big was on the way?

I did one Yoruba tongue twister for my friend on Twitter. I just added extra here and there to make her feel good because she was going through a hard time, and people loved it. Some said I should take the character to Instagram. I did. From there, I started working on my brand.

When I started, it was just me being that funny guy. After I took the character to Instagram, I switched from t-shirts to agbadas and started putting on glasses. I also needed a name, an identity and something that, in Yoruba, we call oriki. So I created an oriki [recites something short, sweet and impossible to transcribe]. Then people started making requests for shout outs, to feature their brands. That’s when I knew that there could be money here.

So, what was the first commercial request?

I can’t really remember, but it had to be a birthday shoutout. But on the side, I started putting out shirts with the catchphrase “Ko ni baje, baby,” which people liked. Then one day, the first celebrity message reached me. It was Mayorkun. He wanted shirts.

Yeah. He just messaged me and said, “This is real nice.” He was also one of the first people to post one of my videos. I didn’t even know he had been following my stuff. He just said, “Carry your shirt come Lagos,” and he bought some. From him, I think I spoke to Teni, but it wasn’t about shirts. It just began to grow from there. I think that was my first time making money off my brand. I no longer make shirts, though.

When I started, it was just me and one of my friends going to the market and the printer. But mostly, it was just me. So, it was very demanding — and I was doing my masters. Everything was happening and I was — I am — still learning. I had to put it on pause. Also, I get tired of doing the same thing. I wanted something new. What’s the next thing?

Does Nollywood count as a new thing? You were in the Kayode Kasum and Dare Olaitan film…

Dwindle. Shout out to Kayode! He reached out to me in January and said he liked my Skilashi act. We spoke and he said he’d put me in some film projects. I was on another set when he first reached me, so we started with Dwindle. He called and said, “Come to Lagos. Read this. It’s just a scene.” I was going to be freestyling with Broda Shaggi. We have others coming up. But besides that film, there was also Introducing the Kujus. I had a scene in that. I think it was my first.

Sweet. Can we talk about the big one? Guinness.

I still don’t understand it! I was asleep that Tuesday. A call came in. Can I come to Lagos on Thursday? “I wan use your picture for Guinness photoshoot with Anny Robert.” I said, “Okay, no wahala.” “It’s going to be you, Fireboy, Yagazie and Beverly Naya.” The moment this man said Beverly Naya, sleep comot for my eye!

LOL. I said, “I dey Ibadan now, but I will reach Lagos in five minutes!” When I got there, my agent Edward spoke to a lady called Anita. He came back and said, “These people wan use you for ambassador.” Omo, my mind fly go! But I tried to behave myself. The negotiations were handled by my agent. Shout out to Edward! And to Uche at Guinness. When the campaign was released, I heard the office was in a frenzy.

So it worked out well for them, too.

It did o, according to what I was told. The guy who came up with the idea was playing Ether [by rapper Nas]: “I will not lose!”

By how much did your initial “photoshoot” charge increase for the ambassador campaign?

At least ten times more. It was really crazy.

Balling! I take it that changed your trajectory for the better?

Yeah, it did. Everything began to be like, hmm, this is real.

So today, if I wanted an Agba video, what would I be looking at paying?

For a branded video I would have to make from scratch, we are looking at around N500,000 to N1 million. I don’t like underpricing and I think about what I do in terms of value. It’s a lower charge if it’s your content and you want me to post it.

Would you feature in it?

Not usually. But that discussion can be had.

What are the income streams for you these days?

Which is the most profitable?

The shout outs. Sometimes I charge, but if I’m in a very good mood, we can talk.

Whoa! You are the king.

LOL. That’s a good month o. Some months, we are in the trenches.

I want to be in your trenches.

LOL. The Twitter ban has made things a bit difficult sha.

I can imagine. You mentioned masters earlier. How has that been?

Man, I had to stop it. I was juggling too much. I am still young; I can afford to do it over the next few years.

What would you tell folks looking to pull off an Agba?

I usually tell people to keep doing what they are doing. You might make it or you might not. That’s life. So yes, keep doing what you do and be intentional. I could have stopped when I started doing videos but because I like what I was and am doing, it was like a hobby. It’s still a hobby to me — aside from the whole brand thing. Also, don’t lose yourself. Don’t forget where you are coming from.

Hmm. It is important to not undervalue yourself; start negotiating from a high ground. And don’t forget to save when the money begins to come in. I am not the best at it, but I know how valuable it is to save.

Then, sometimes, you need to look beyond the money. Like, can we have a conversation about equity instead? How can I get shares in the company? You know, the bigger picture. You also need to value relationships over money.  I have learned that it’s your network that will bring money, so sometimes when people come to me with less money than I would normally take, I just say, “Let’s play, let’s ball!”

Speaking of your network, I take it you are now friends with Ms. Beverly, the lady who wiped sleep from your eyes that day?

We talk once in a while. But you know, Nengi [from Big Brother Nigeria] has joined us. So [pauses], I think my attention has shifted. [Laughs].