How Are Nigerian Students Spending Money? 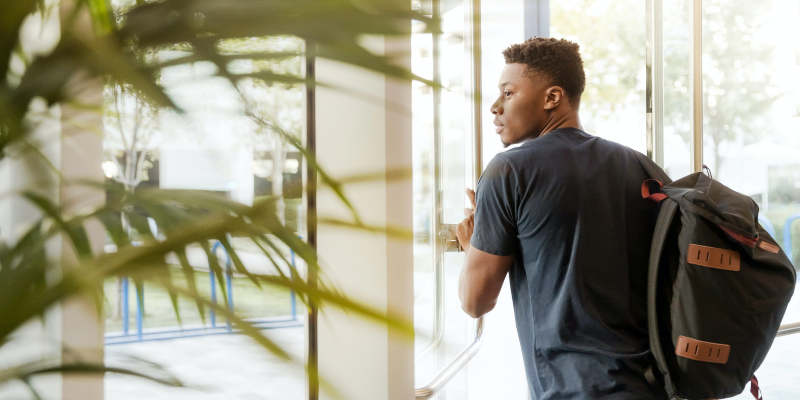 In keeping with the general cost of living in Nigeria, the cost of being a student has increased dramatically over the years. Nigerian students in federal universities, private universities and even those schooling abroad have all been affected.

Iniobong, a final year student of political science at the University of Uyo, says he had to take on gigs as a graphics designer and driver to sustain himself. He is not alone. Bisiola*, a chemical engineering major in Illinois Tech, Chicago, has to work part-time as a tutor because she doesn’t receive a monthly allowance from her parents back home.

How much are Nigerian students spending per month?

Ebiye*, a 200 level student of business administration at Babcock University, says he spends most of his allowance on in-app purchases, groceries, perfumes, clothes and gadgets. He estimates spending about ₦50,000 – ₦75,000 per month on these items.

There are students who don’t receive an allowance because they don’t live on campus. Ebuka*, who has been stuck in 100 level at the University of Lagos for three years because of ASUU strikes and the pandemic, says he has never gotten an allowance because his parents pay for things as they come up.

Others, like Essien, a 200 level student of radiography and radiological science at the University of Calabar, live at home and rely on their parents and siblings for financial support. “My dad gives me money for registration and school fees while my mom covers transportation [sometimes], but I have other expenses they don’t cover,” Essien said, adding that he spends the money he receives from other family members on food, reading materials and class dues.

For Nigerians schooling abroad, the bulk of what they spend money on is rent, food and utility bills. Peace and development postgraduate student Abdulraheem* says he spends at least £600 – £700 per month at the University of Leeds.

What are Nigerian students spending money on?

Food, unsurprisingly, takes up the most money. Abdulraheem estimates spending £200 on food alone every month. Iniobong says he spends over ₦20,000. Students who prefer to buy cooked meals because it saves them time estimate spending at least ₦30,000 per month on food.

Nigerian students studying abroad say their rent and utility bill combined cost as much as $200. Tade*, a first year physics student at the University of Debrecen, Hungary, receives $450 – $600 a month depending on exchange rates. “My rent is $150 and utilities cost $40,” he said. Abdulraheem puts his utility bill at £50 per month. For Bisiola, whose parents cover her rent, a utility bill of $150 is split with two other housemates.

“Data is cheap here and most places have free wifi,” said Tade in Hungary. Students in Nigeria are not as lucky and have to budget at least ₦2,000 on cheap data plans per week. Morenike* says she had to get a mi-fi device to cut data costs.

How are Nigerian students saving?

Students schooling in Nigeria say it is difficult to save from their allowance. Enoima*, a 400 level student of medicine and surgery at the University of Calabar, says she has no fixed allowance and sometimes has to go hungry, trek to school or borrow money to survive. “In my current condition, saving is a myth,” she added. “I can’t save from nothing.”

Outside of the country, Tade says he saves whatever is left of his allowance after basic expenses. Bisiola can afford to settle expenses and “save at least $200 from the $800 I earn as a tutor.”

What about students making bank?

Mercy*, a final year English and literature student in UNIBEN, says a bad month for her means she gets about ₦250,000, and that’s minus her salary and allowance from her parents.

“I’m a student, but I don’t think I make student money. A good month for me could mean I get almost ₦500,000 from writing, my parents and my friends,” she said. Aside from books, food and data, Mercy estimates spending 60% of her money on giveaways. “When people post that they need money and add their account number, I send money. If someone asks me for money, I give them. I even hold cash to give to people on the road.”

What is the Nigerian student’s ideal allowance?

Based on the difference in spending habits of our respondents, we expected a similar pattern to be repeated when we asked what amount of money would be ideal each month. And so it was.

Taken together, it appears that, across the board, many Nigerian students schooling in Nigeria agree that ₦50,000 per month covers their expenses. For those abroad, they say the ideal figure is $750 (£550) per month.