How Much Does It Cost To Make A Nollywood Hit? 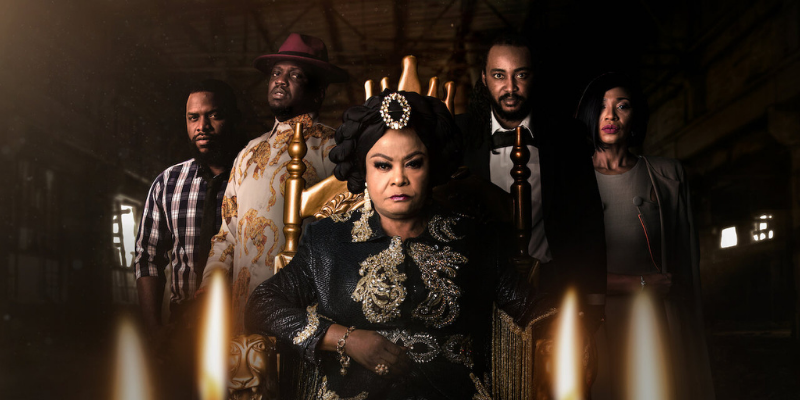 In recent times, the Nigerian film industry has announced box office numbers that have made headlines. How are these numbers possible for Nigerian movies? What are the strategies deployed by known filmmakers? What’s the cost of producing Nollywood movies?

A Nollywood movie director, who chose to remain anonymous, tells us how much it costs to produce a movie in Nigeria.

Nollywood has recorded several hits in recent times, but movie production costs are rarely announced. What is the average cost of a Nollywood film?

It depends. If you are asking about the ones made for TV, you’d be looking at somewhere between ₦2 million and ₦4 million. It changes if you are thinking about going to the cinema.

There are different types of production there, right?

Yeah. For me, if you are looking at mid-tier cinema films, that would cost around ₦30 million. At the upper end, you’ll be looking at ₦50 million to ₦70 million — at the minimum.

Huge sums! Where does that leave up-and-comers just trying to break into the industry?

₦15 million. They would need around that amount to get their films on the big screen. But I don’t think it’s a good idea, and I’m sure you want to know why.

You read my mind. But first: across all these tiers, where does the bulk of the money go in terms of payment?

A lot of money goes into getting equipment for shoots. But top-level costs go to the Nollywood actors and actresses.

On average, if you are doing the mid-tier films, you would have to spend almost  ₦10 million on the cast..

I guess the actor’s level of popularity matters in deciding who gets what?

Yup. It’s difficult to get actors to collect anything around ₦700,000. So, some get  ₦1 million and others can get up to ₦3 million. If you are going to get the actors that bring numbers, you need to be able to pay for them.

If you get the ₦700,000 actors, nobody is going to know you have a film in the cinemas. That is why you have to spend a bit more.

LOL. How expensive is it to get cameras and gear?

You could beg for around  ₦3 million for a 10-day shoot on a mid-tier budget.

We hear of films that break records. What makes them successful and others not so successful?

I think certain people have cult followings in Nigeria.

Is that for actors or…

Then, of course, they can do mass publicity, too, because they are rich. Look at Ini Edo’s followers. Maybe around 11 million on one platform. Then imagine other platforms. So there is this audience they can usually count on.

That seems like it would be hard to break in as a newcomer. You were talking about why coming to the big screen at lower than the mid-tier is not a good idea.

Yeah. You can’t make a low budget Nollywood film and target the cinemas if you want to survive in Nigeria. You just can’t. They will swallow you. Don’t say I’m going to do a small film because when you make it, you won’t make money. You don’t have the actors and you don’t have the marketing budget, so you are basically just wasting money.

My advice would be to go international, target festivals and maybe small foreign distributors. And that means you can’t even do the sort of movies that the big films in Nollywood do. Don’t say you want to do a film about a wedding when you cannot afford to actually organise a wedding.

LOL. You won’t survive. So you have to be clever and just target some international markets and maybe festivals. I’m saying this for even the  ₦30 million films. It is a waste of money if you are looking at Nigerian cinemas because you don’t have the people.

You cannot afford them. The big guys have so much reach and do so much marketing. It’s almost like Hollywood and its stars. When you see those big Hollywood films, you see the stars. It is the same thing that is happening here.

How then do you explain those small Hollywood films that become successful?

It’s mostly the same pattern. Those guys do those small films targeting niche audiences. And then things may take off. Some of those small films may even attract big stars because of a great script. But once the film takes off, its makers would have to feed the system.

Over here, if you make a normal Nollywood film on a small budget, it will be ignored. But if you make an intelligent film, it might bring you prestige, which you could convert to a bigger budget film later on. You may even get lucky and get money from outside the country if you win a prize at a foreign film festival. Distributors may then buy your film at a price nobody would have paid in Nigeria.

Has anyone done it here?

There are already a couple of people who have done it here. They directed a small film that was intelligent and then our studios started calling them. You just have to be smart when you don’t have a big budget.

The big distributors are not stupid. They, too, want prestige. They distributed the film that showed in Berlin.

That’s the one. So there is something there. You may not need to make that kind of film; you know it’s a specific kind of cinema. You could make an entertaining small one and it could take off.

Just don’t make a typical Nollywood film about the 1 percent of the 1 percent if all you have is  ₦15 million or  ₦30 million. Nobody will see it. And you can never get it right.

You mentioned TV films and we have talked about cinema. What are the film production costs for the big guys in the Nollywood ’hood now?

Yes. Netflix. How much does it cost to shoot at that level on the average?

I don’t know anything about those guys and their budgets. But there are rumours that for one of their productions, they paid about $600,000.