How This Lady Doubled Her Income In A Year 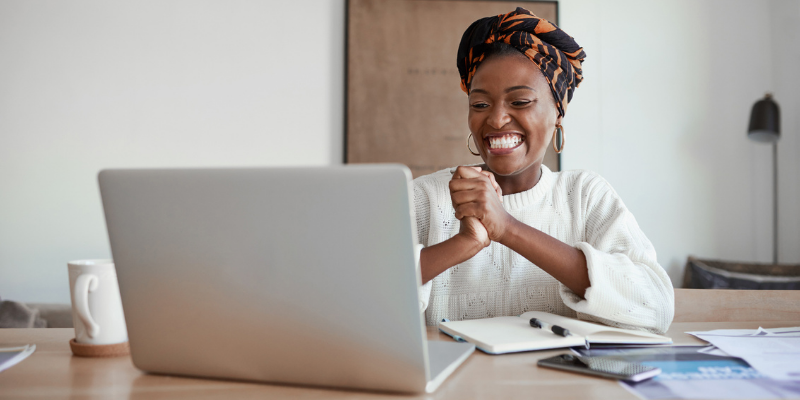 One of the scariest things for any employee is asking for a raise, even when you know you deserve one. Do you send an email, fix a Zoom meeting or do it in person? Do you go in with a smile or have a look of thunder on your face? Do you even ask or just wait for your boss to use their church mind?

A year ago, Eniola,* who worked in Nigeria’s finance industry, was in the same position. She’d been working for years at the same salary level and felt it needed to change. Within a year, she’d changed jobs twice, settled at a tech company and increased her income by over 100 percent. It wasn’t easy, she says, but somehow she did it.

Below she provides tips on how you can do it, too.

1. Surround yourself with people who know your worth

When Eniola told her friend what she earned in a casual conversation, he told her it needed to change. “Three years is too long to be in one position,” he said. That conversation gave her the push she needed, and she began to actively ask her employers for more.

2. Get over your inertia

For years, Eniola was promised a raise but at the end of each year, her superiors told her to keep waiting. So, even if she felt she deserved a larger salary, she had become complacent with the repeated assurances and delays by the company. If she hadn’t made the decision to do something about the situation and actively sought out a solution, there is a chance nothing about her remuneration would have changed.

“Try to find ways you can reach out to employers, even if you’re only doing it to find out how much they are willing to pay for your skill,” she said. According to Eniola, she got an offer from a different establishment and when she told her employers she wanted to leave, they immediately offered to move her to a different section of the company and matched the offer she received.

“Without that offer, my story may have been different,” she said, adding that it left her with the problem of having to communicate her inability to join the newer firm. “That was an awkward position, to be honest, but you cannot avoid some hard things.”

4. Leverage technology and take the initiative

The internet has made the world smaller. Suddenly, you can reach the head of a big firm or a startup online. A few months into her new role, Eniola felt she could do better. By chance (or algorithm), she came across the profile of a tech startup on LinkedIn and wondered if she might be a good fit. Unfortunately, the role she was most suited for had closed.

“It felt like that was a sign to stay put,” she said. Still, she sent a message to the founder, saying she could fill that role even if it appeared closed to the public. Surprise, surprise, the founder responded and put her in contact with the startup’s HR person. “I wasn’t sure what to expect when I sent that message but that was the best possible outcome,” Eniola said.

“Don’t be afraid to look for new opportunities even if it’s outside what you are used to,” she said. After salary negotiations at the tech firm, she found that her formerly stagnant figure had been doubled. “Plus jara sef,” she added. The biggest lesson she would like people in her prior position to learn is to leave their comfort zone.

“You have to learn new skills and don’t be afraid to take opportunities even if they are outside the industry you are used to. Send that potentially embarrassing message on LinkedIn,” she said. “If I didn’t go for that interview and receive that first offer, the company I was at for years wouldn’t have increased my salary as soon as they did. And if I didn’t send that message on LinkedIn, who knows? Moving jobs, with sense, is almost certain to transform your earnings in a way that a single job may not.”