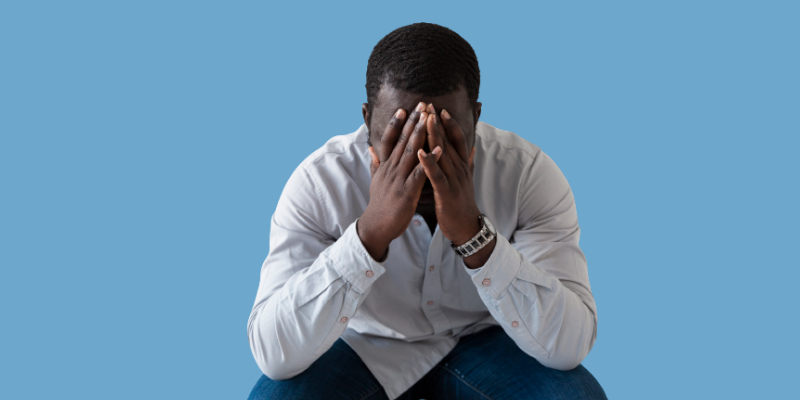 Earning a high(er) income should be a no-brainer way to build wealth. Unfortunately, this isn’t always the case.

In the words of Melissa Leong, author of Happy Go Money:

“People may earn a high income. But that doesn’t necessarily make them wealthy. The more money someone makes, they have the same options as you and I: spend it, save it or invest.”

Some high earners struggle with the last two options, making wealth almost impossible for them to attain. Sometimes, this struggle is due to external factors like black tax or mode of earning. In other cases, indiscipline and lifestyle inflation might be the root causes.

Samuel (not his real name), a 23-year-old brand strategist and product designer, falls in this category of struggling high earners.

Despite earning what seems to be many Nigerians’ dream income, Samuel finds it difficult to build wealth. In his words, “I earned almost ₦2 million in the past two months, but I have less than ₦50k in my bank account presently. My village people are strong on my matter [Laughs].”

We spoke to Samuel to learn more about his financial situation, particularly why he struggles to save and invest.

Samuel is a freelancer, meaning he earns per project. To him, this fragmented mode of earning is why he finds it hard to save.

“I think my inability to save is because I don’t earn in bulk. For instance, I earn per gig and clients pay on different schedules. So when a new sum of money comes in, I might have spent the past one. So I can’t exactly set aside money because I often always need it upon receipt.

I don’t think this would have been a problem if I was earning ₦800k as a monthly salary. In that case, I’d quickly save at least ₦200k in PiggyVest and use another ₦200k to buy stocks on Bamboo. Then I use the remaining ₦400k to take care of my lifestyle.”

ALSO READ: Nigerians On How Becoming A ‘Tech Bro’ Changed Their Lives

“I didn’t realise how bad my spending habit was until I checked my account statement for 2021. Before then, I always wondered where my money went. ‘Nigeria’s economy is bad’ was my favourite excuse to explain my financial situation. But my account statement revealed otherwise: from occasional impulsive spending to black tax and religious obligations, I’m the reason why I’m almost always broke.”

Curious about his expenses, we asked Samuel to give us a breakdown. He had this to say:

“On average, utilities, food, and my baby boy lifestyle consume 40% of my income. 30% of it goes to paying my staff and purchasing work equipment. Religious obligations (I’m a church leader) and black tax take 20%. I use the remaining 10% to spend on my girlfriend. I’m addicted to buying her gifts [Laughs],”

Samuel is tired of his poor saving habit, as he recognises that this hinders him from building generational wealth. And so, he’s already taking steps to overcome his problem.

“I’ve started following my mom’s saying: ‘There is rice at home.’ I’ve reduced the way I eat out and eat more homemade meals instead. I’m also controlling my impulsive spending tendency by sticking to a budget. Also, I’m using Piggyvest’s Safelock feature so I’ve no excuse not to save. Overall, my best plan is to earn more. I’m improving my skill set and rebranding so I can charge higher.”