I Had To Be Convinced To Make Money From My Passion 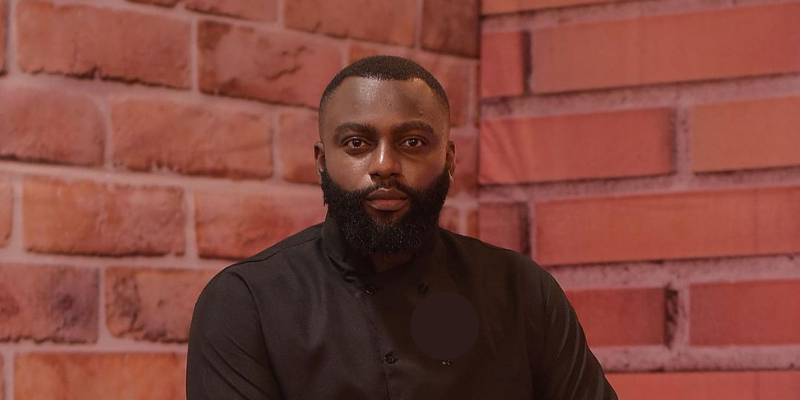 Still very curious about how different Nigerians are making money, we spoke to 29-year-old chef, food blogger and food stylist Rotimi Alabi, who runs the impressive food service, Chez Ro. He talked to us about his support system and how he eventually started his business after doing it as a passion for years.

I was always the guy who could cook. I started cooking alone when I was 8. Before then, I was cooking with my mum. The first time was an absolute disaster, but that didn’t stop me. At different points, people told me how good I was and that I should make a business out of it. But I had this mental block: I thought that if I tried to turn what I loved into a source of income, it would take the passion away.

But a couple of things happened that made me think, “You might as well take this seriously.”

I have a friend who tasted my food once and just didn’t leave me any room for doubt. She would have a thing at work and call, “We are having this thing at our office and this is what we want. Let me know what it’s going to cost.” She didn’t leave any room for negotiation.

I had other jobs, though. I was working in the TV space and as a fashion stylist, so I never really thought about food as work. I would send her the cost and not add any money for profit or my labour or anything like that. That happened for about two years until one day she said there was someone who was throwing a party for her granddad. She didn’t ask me if I was interested; she just told me that she had sent my number.

Well, I did it and it was a great experience. I didn’t feel any less satisfied, so it was at that point I had the awakening.

“You know what,” I said to myself. “Maybe this idea of you losing your passion may just be you trying to weigh yourself down.”

Let’s rewind a bit. What were you doing on TV?

I was a presenter. And doing some fashion styling on the side.

Uhm, that’s fascinating. How did that combo work?

My episodes aired once a week, and I didn’t need to go every day. I only went on days my producer said we were going to shoot. She was smart with her work, so we could shoot two episodes in a day. That meant I didn’t have to go to work for two weeks. Very convenient.

Bruh! You are the chosen one.

LOL. That gave me time for styling, which I did for music videos, series and movies. And those, unlike music videos that could take three days of preparation and one day of shooting, a series could go from three weeks to two months. Movies can be as long or longer. Maybe if you get a break, you get one day off.

So it was growing and on days I had to go on TV, I’d have my assistant on set and run to go shoot my episode. Sometimes, instead of going home, I would head back to set. It wasn’t easy. It was stressful but it was good for me because these were things that I enjoy doing. If there’s something I am grateful for, it’s that I have been passionate about everything I have done as a means of livelihood.

When did you make the decision to do your food business full time?

Was there an external factor?

Yes. For one, there have been people over the years who’ve been telling me I can do it.. Plus, a year before, my dad had taken ill and was in and out of hospital for seven out of twelve months. He had to have three surgeries.

I had to put my life on hold because there was nobody else to take care of him. And fashion is such a fast-paced industry. If you’re not constantly putting out work and being in their faces, you tend to get forgotten.

Yeah. At different points in time, I was getting called and I would have to apologise and say, “I will refer someone to you.” I kept on turning down jobs. And to be fair to people who were calling me, if I called someone who had turned me down one, two, three times, I would probably not call them anymore.

After that period, the business wasn’t picking up as it was before and the last couple months of 2018 were pretty tough because I spent almost all of my savings. I had a change in perspective and thought, “Let’s try this thing that you’ve put off for so long”. That kinda led up to my friend’s call about the party for her friend’s granddad. That was in December 2018. When that went well, I said, “I can do this.”

What keeps you going when things are tough?

To be honest, I think it’s the fear of being broke that keeps me going. It’s kinda healthy for me since I am the type of person who, when they are off work for days, starts getting worried. I also have a great support system in my family and friends. There are times when things might not be particularly great and sometimes these things are just projections — but there are these people around me who are always there to reassure me.

How does money work in your business?

For the first year, I didn’t have a proper financial structure. I was just winging it. In the second year, I created a proper structure. I started separating personal finance from work finance. That has helped a lot because it allows me to estimate the value and growth of the business.

What if I wanted to order food for a party of 50?

That depends on the order.

Do you want it delivered and you handle the rest yourself or do you want a full-on service? For the full-on service, there is a charge per head and there are additional costs. Transportation, setting-up fee and a service fee. Overall, my profit margin could be between 40 percent to 60 percent. And an average meal could cost N3000.

What do you do more?

I do deliveries mostly.

Do you understand? The food has gone out and the drivers that I use are super-trustworthy people. So once the food leaves my kitchen, I am super-confident that I have finished my service. It will get to the client. But I find that I need to accommodate full-on services a bit more and I am making room for that.

*Clears throat* What if I wanted to order food from you for myself?

Hahaha. Simple: money for hand, back for ground.