I Went From Earning Millions To Going Broke For Months 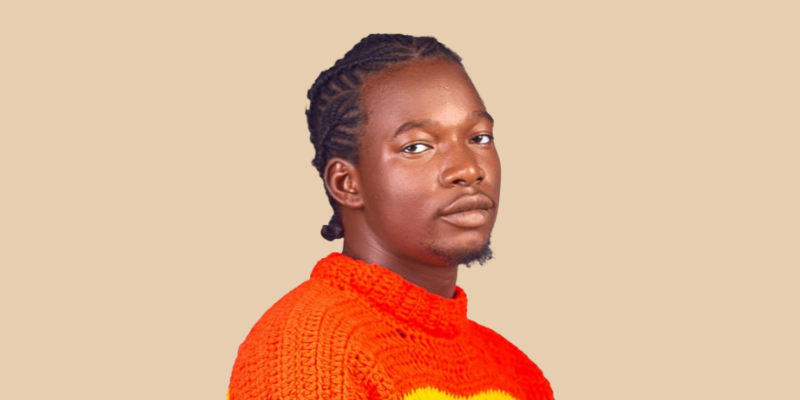 Life can be quite unpredictable. One minute, you’re making great money, and the next, you’re broke, frustrated and uncertain about the future. Felix Ayoola, a brand and product designer, can relate, as luck stopped smiling on him after landing a $3000 project.

We spoke to Felix about how he survived his lowest moment, how he managed to charge $2000 for a pitch deck, and why he chose to remain in school despite having enough reasons to drop out.

You once tweeted about getting paid $2k to create a pitch deck. Can you share the story behind that win?

A friend referred me to a US client looking to create a pitch deck for his startup. Since I was getting paid in dollars, I initially charged $1200. After all, it’s a pitch deck and $1200 is good money when converted to naira.

But I later increased the fee to $2000 after receiving more details about the job. And the client accepted the new price without arguing.

Is that the highest amount you’ve made off a design project?

Oh wow. Let me guess. That was for a pitch deck project as well?

No. It was for a graphic design project, which took me 8 days to complete.

You must have been really excited.

I was. Because when I converted the money to naira, it was about ₦1.7million. That was enough to keep me smiling for days.

LOL. How did you spend the money?

First, I bought a Macbook worth ₦1.1 million because my previous laptop was faulty. Then I bought about ₦300k worth of crypto and saved the rest.

No. I was quite conservative at the time, and I’m glad I saved the money because it kept me afloat when life showed me shege.

I stopped receiving gigs regularly after that $3000 project.

Seriously? How long did the drought last?

It lasted for about four months.

Four whole months? How did you survive?

Things were so difficult that I had to liquidate my crypto assets. Thankfully, my friends were quite supportive. Their advice and prayers kept me going. The money I had saved earlier also came through.

Yeah. Life was that bad for me. Coupled with imposter syndrome, I couldn’t help but feel like a failure.

What was the turning point?

Life slowly got better after working on the African Challenger Brand with the Fourth Canvas team. I had also started connecting with the right target audience — people who could pay me my worth. Soon, clients began to reach out, and life quickly became good again.

How has life changed for you?

For starters, I can pay for my design software, which costs nothing less than N30k monthly. I now outsource cooking, laundry, and cleaning. I’m also becoming more fashionable; I’ve gotten a few designer clothes.

ALSO READ: I Gave Up My Six-Figure Salary To Build My Own Company

Do you save and invest?

To be honest, I’ve not saved for a few months now.

I got a new apartment at the start of the year, and I used the bulk of my income to furnish it. But I resumed saving this month. In fact, the money I saved this month alone is more than the entire money I saved last year.

That’s incredible. How do you plan to split your savings and investment moving forward?

I’ll invest my money in crypto and stocks. Then I’ll continue to use PiggyVest for goal-oriented savings.

With all you’re earning and ASUU still on strike, I’m surprised you haven’t dropped out yet.

I don’t want my parents to kill me [Laughs]. But really, the major reason is that I think I’ll regret dropping out. I also want to get a master’s in Psychology.

Will you ever pursue a career in chemical engineering?

Why did you study it, and when did you discover design?

I knew Chemical Engineering wasn’t my dream field after I gained admission. Also, I had had a previous encounter with design during my pre-degree program that I loved, so it was easy for me to transition.

What was your childhood ambition, though?

I wanted to become a Computer Engineer because computers have always fascinated me. I was a computer freak.

So why not a career in software engineering?

I can actually code. But for some reason, I prefer design. I just want to create great stuff. Design is how I’ll prefer to do it for now.

Do you ever want to build your own startup, though?

Not at all. I’d rather do a small business.

A startup sounds so stressful to me. I prefer the good old fashioned business of trading.