I Gambled Away My Wedding Money Just Weeks Before The Ceremony 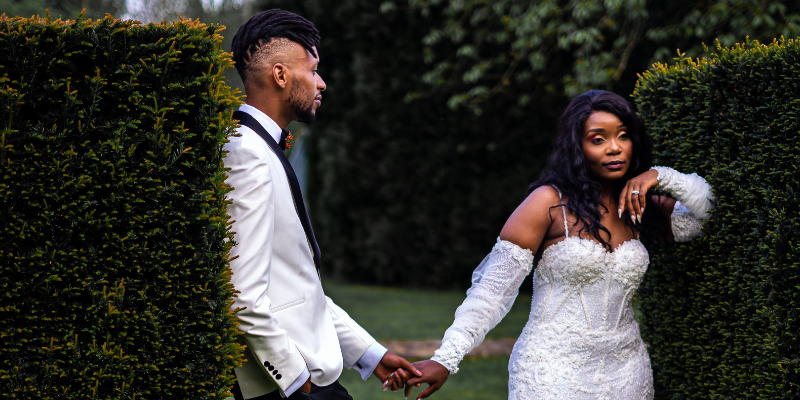 ,My Money Mistake is a weekly PiggyVest series that explores the worst money mistakes real Nigerians have made, and the lessons they learnt from it.

For this week’s episode of My Money Mistake, we spoke to a 36-year-old electrical engineer who used to have a gambling addiction. He tells us how he funded his hobby, and why he used his wedding funds to bet just weeks before the ceremony.

In April 2015, I accompanied a friend to a place where he plays Lotto. That morning, he used ₦50 to win ₦12,000. It happened right in front of me. He won two more games that day. That success prompted me to give betting a try. Slowly, it became a habit, and I ended up taking funds from places I shouldn’t to finance it. On one occasion, I took funds from the church I served as a treasurer to place a stake.

Ah. Did you ever win any money?

You mentioned using church funds to play this game. How did that happen?

My betting buddy told me there was a sure game to bet on. Initially, I told him I didn’t have money, but he kept pushing, reassuring me that the game was sure. I didn’t have money with me, but I had ₦50,000 from the church. When I told him, he calculated my potential winnings. It was ₦1,000,000.

No, I didn’t. This happened on a Friday, in October 2019, and we were to hold meetings in church on Sunday, where I was supposed to give an account of the funds. That Sunday, at the meeting, I was informed that the money was needed to acquire something. It was a really embarrassing situation.

How did you sort it out?

I lied. I said I used the money to order something online. I’d sell it and pay the money back. But I couldn’t pay that money until the next year. It was difficult to pull funds due to the financial stress of the lockdown. This was back when people were looking for food to eat and the little money I had went into managing my household.

Is that when you decided to stop?

No. I quit in December 2019, after I took some money that I was saving for my wedding. That was over ₦100,000. I ended up losing everything. This happened days before the wedding.

Wow. How did this affect your marriage ceremony?

Thankfully in Nigeria, marriage doesn’t end in a day. While trying to fulfill the marriage rites and payments, I let my in-laws know that I would pay the balance when I had the money. I haven’t been able to pay it yet and the balance is about ₦800,000.

Ah. How did you end up spending over N100K in such a short period on this game?

In a day, we could end up playing multiple times, spending about ₦1,000 for each game (and you can play about seven games). When you play a game and it doesn’t work, you think the next one will and so on and so on. You can end up spending ₦12,000 in one day. I was spending nothing less than ₦48,000 in a week.

Yes. And I never told my wife, even after we had fixed a date for the ceremony. I just kept telling her to hold on because money was coming, while using money that I ought to have given her for the preparations to play this game. When I couldn’t deliver on the day of the ceremony, I told her that a customer was owing me. But, I had lost ₦100,000.

Did you win anything with this money?

Yes. I won about ₦40,000 from the first game, then I used all of the winnings to stake in another game, where I won ₦230,000. That was what kept me playing, but I never won after that. Eventually, I just had to stop.

Why did you go on for so long?

And then there was this trend common in the area I stayed. You’d meet a mad man, who would give you random numbers to play and you would win big. That was before it turned into a popular scam to get gamblers to buy things for them. Mad men were lying and making people stake huge sums of money believing it would work.

AHN AHN!! Did these numbers work and did you ever collect numbers from a mad man?

Yes, sometimes it did. During my earlier days of playing I did meet a mad man, but it never worked for me.

Oh wow. If you could give an estimate, how much do you think you lost to gambling?

I’d say over ₦600,000 and my total winning isn’t up to half of that. Sometimes I’d win and end up using all of it to stake another game only to lose it all or win really small.

I learnt that gambling can be addictive. There were times when it felt like if I didn’t play in a day, something bad would happen. It can also take a toll on your health. I developed high blood pressure just trying to settle debts and ease the pressure from my wife back when we were still planning the wedding. My advice is to never gamble.