I Got Scammed By A Travel Agent While Trying To Japa 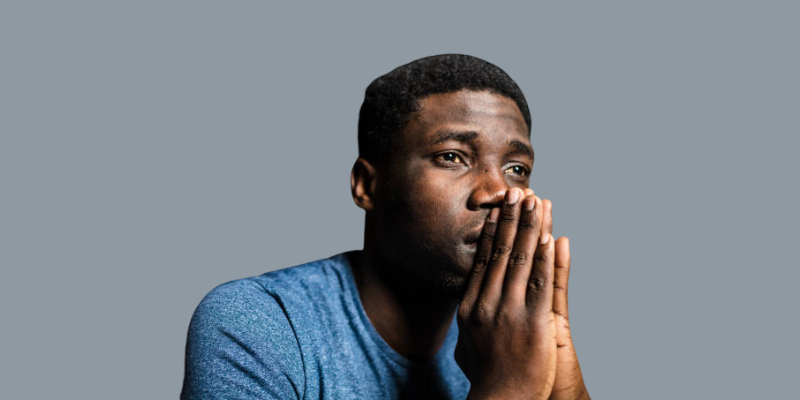 For this week’s episode of My Money Mistake, we spoke to a 35-year-old who got scammed by his travel agent while trying to leave Nigeria. He talks about all the red flags he ignored and how saving with PiggyVest helped him recoup his finances.

How did you meet this “agent”?

A friend recommended him to me. I knew of him before he left Nigeria for Dubai, but we weren’t close. He also wasn’t an actual agent, just someone who lived in the country.

When he heard I had been trying and failing to get into other countries, he suggested Dubai. He told me he could get me a visa and a job there. He was already laying down plans to show me around when I arrived. He seemed helpful.

Did you try to verify the claims this man was making?

Before him, I had tried to get into countries like the UK, Canada and USA, but that didn’t work out. A previous agent absconded with over ₦200,000 when I didn’t get the American visa I applied for. He wanted me to pay another fee for a new application, but I refused.

When I decided to go with this Dubai guy, I asked my friend if he was legit, and she said yes. To japa was on my mind, and I wanted to get it done as soon as possible, so I trusted him. Then he asked for a lot of money to process my travel.

How much was he asking for?

About ₦450,000. He called one day and said he had found a place that would hire me, but they needed some money to process my work visa. I wasn’t convinced.

One evening, I called him and said if he wanted to get me on board, I needed more proof about this workplace. He gave it to me. Proof. An appointment for the next day with the manager of the company.

Did you speak to the manager?

Yes. The next day, I got the call at work. I left my office to speak to this person who claimed to be the manager. I didn’t question it too much because the man sounded like an oyinbo, Arab specifically.

He called my name, my employment code and all of that. Then he told me they were working on my visa application, and all I had to do was pay for the package.

I wanted evidence, I got it.

What did you do next?

I took out over ₦400,000 from my PiggyVest. When I saw the amount for the breaking fee, I didn’t bother too much. I considered it an investment in myself.

I took the money, combined it with the cash I had at hand, went to the bank and did a transfer of about ₦450,000. But there was something that just seemed off.

The account given to me for the transfer was a Nigerian account with a Nigerian bank. I thought I was paying directly to this “company.” It didn’t feel right.

My friend who works at the bank even asked why I was transferring so much money. He teased me about building a house secretly, and not telling anyone. I came up with an excuse.

I told him that when everything was set, he would be the first to know.

So you made the transaction?

Yes. After I did, I couldn’t even tell anyone. I am known for being street smart. To have done something this dumb, I was ashamed. I confronted the guy about the bank account, but he told me to relax, that they are working on it.

He said he was using his dirhams in place of my naira. It was just rubbish.

At what point did you realise you had been scammed?

After a week, he stopped picking up my calls or responding to my texts. Eventually, my calls stopped going through. That was when I almost got my friend in Nigeria arrested.

I told her to try and contact her friend, but he wasn’t responding to her. It felt like everybody was in on it. After a while, I let everything go. It had happened.

Did you try to get your money back?

I did. I called everyone I knew in Dubai to help trace him. Most of them scolded me for allowing myself to fall for cheap tricks. I sent pictures and everything I had so they could track him down. Nothing came up.

The person who wanted to help me report to the police asked for ₦150,000 to do a follow-up. That was money I couldn’t afford to give. What if they never found him?

All of this, plus the money I had already lost on my end — running up and down to get my passport — I had to let it go and leave him for God. Then the funniest thing happened.

One day, my friend sent me a picture the guy had posted on his Instagram. He was in Europe. France to be exact. This man had left Dubai and relocated to Paris.

I’m so sorry. How did you recoup after the scam?

I started saving more than 85% of my income on PiggyVest. I’m not where I want to be financially, but it’s better. I started saving ₦3,000 to ₦4,000 daily from last year till now.

PiggyVest seems to be a big part of your financial journey.

Of course. I made my first million on PiggyVest. I saved so much that on the 18th of September 2018, I was a millionaire for the first time. I got a congratulatory notification too.

That’s wonderful. Do you have any regrets that stuck?

Losing a chunk of my savings was painful. I made so many sacrifices to earn that money. I regret not listening to my instincts when I noticed the red flags.

What’s the biggest lesson you learnt?

At some level in life, you cannot make decisions based on trust. The whole experience has hardened me. Even if it’s my father who wants money, I have to ask questions and know why.

I now do everything myself; thank God for the internet. Whatever plans I have, I do full research by myself before making any decision.