Money Mistake: I Lost The Money I Was Given To Pay Off My Debt 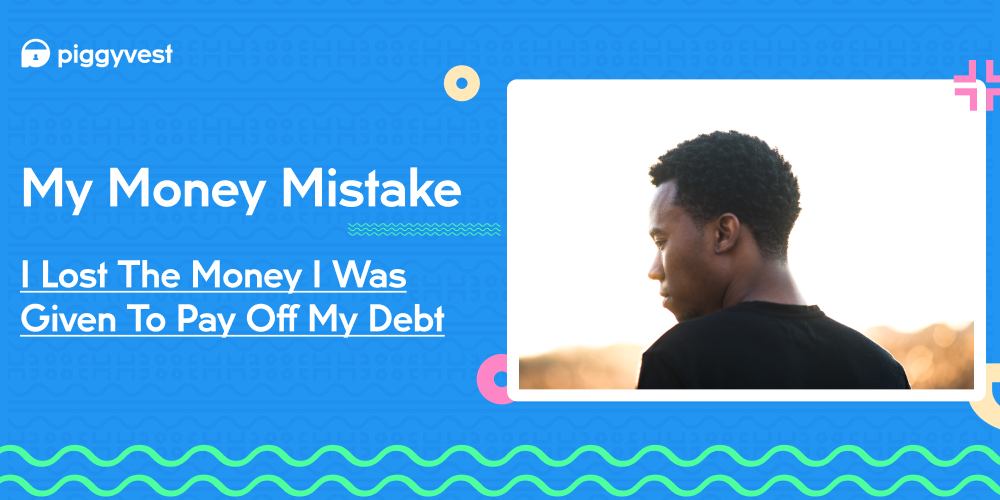 For this week’s episode of My Money Mistake, we spoke to a 26-year-old financial consultant who was half a million naira in debt. He talks about getting help from his sister and then losing the money she gave him to pay off his creditor.

In 2016, I was a student with a ₦500,000 debt. I got into trouble with some people, and I couldn’t tell anyone, especially my parents. I battled anxiety because I knew I couldn’t sort it out myself. After a while, I told my sister about it.

How did she react?

“A ₦500,000 debt?” she asked. She was so upset with me but gave me part of the money, and told me not to disturb her again. She said something about how this was my problem and I should sort it out anyhow. I was sad, but more than anything, I was worried.

How much did she give you?

₦200,000. It was helpful, but if I didn’t have the complete money, any amount I had with me was useless.

What did you borrow the money for?

I prefer not to say. It’s very embarrassing.

Okay. How did you complete the balance?

I had just started trading in forex, and it occurred to me that if I did a leverage trade, I could double the money.

Leverage is a risky investment that exposes you to a greater level of gains/risk. With a 10 times leverage, you are exposed to 10 times the gain and loss.

How did the trade go?

I lost everything. Typically, trading relies heavily on the investor’s psychology — if you can’t control your emotions, you will lose. I was clearly desperate and not in my right wits, so I lost everything. Words can’t describe how devastated I was. I might have been depressed during that period. You know the worst part?

What? I thought she was done with you?

When you made the trade, what were your plans for handling loss?

I wasn’t thinking. It was such a sure bet in my head that I was planning on buying a car after paying off my debts. It was supposed to give me a huge ROI.

What did you tell your sister?

Tell her what? With which mouth? She had managed to give me the money I needed, and I had gambled it on something that only advanced traders can do well. The fault was fully mine, and I was ready to take responsibility.

I had to get the money from parents.

Did you tell them about the debt and trade?

I didn’t. I had to pad up my school fees and other school-related expenses so I could get the money from them. I cannot imagine their reaction to everything; I’d have never lived it down. Even my sister never found out about the whole thing. To date, she thinks I sorted the debt with the money she gave to me.

What were the red flags you ignored in all of this?

I took a loan I thought I could easily pay off and it caused me so much headache. My mental health was in the pits. When you owe people money, you can never rest.

What was your biggest lesson from this?

Never take loans you can’t pay off. I also learnt to avoid making trading decisions when desperate. Even now that I work as a financial advisor who trades professionally, I don’t take unnecessary risks.