My Baby Daddy Took Loans In My Name, And I Was Forced To Pay Them 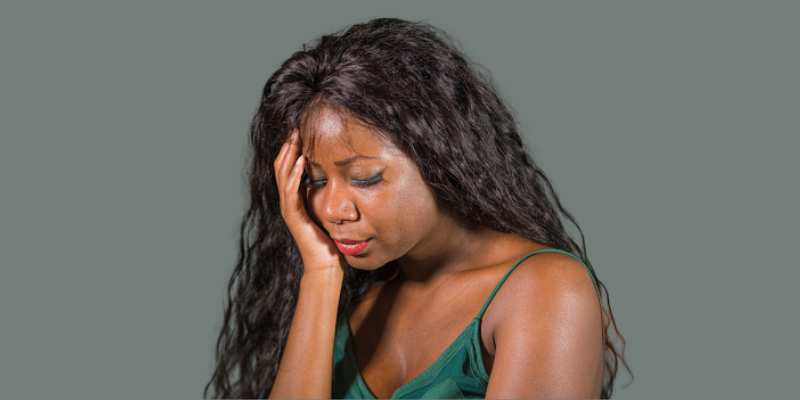 For this week’s episode of My Money Mistake, we spoke to a 33-year-old sound producer who found out she was owing loan apps almost ₦1m even though she’d never used them. She tells us how she ended up settling a debt she knew nothing about.

Everything started when I was unable to receive credit or debit alerts from my bank. I initially thought it was a banking problem, so I contacted customer care, and they referred me to my network providers. This was in November 2021.

The customer care referred me back to my bank, and it became a back and forth game. One day, I was home making my hair when I started receiving several credit and debit alerts at once.

The problem was fixed?

I wish. When I took a closer look at the messages, I realised that some transactions were carried out on my account without my consent. The messages read that some loans had been deducted from my account..

No. It’s a personal account. Let me give you some back story: I’m blind. Most of my bank details are saved as contacts, so I can easily access them. After I got the alerts, I reached out to my bank.

They checked my ATM card and told me it had been compromised.

Did they give any more details about why?

They said the card was connected to many platforms. They started listing these platforms. I had to stop them when they got to the 15th.

Your ATM card was linked to over a dozen platforms you weren’t aware of?

Yes. At the time, they didn’t specify if all the platforms were loan platforms, but they told me they had to block the card since it had been tampered with. I didn’t want to give up my card, but they promised I could get another card if I visited a branch.

I was asked to call them back the following Monday. Until then, they were going to try and trace the person who was responsible for everything.

Before I got back to them again, I started getting notifications that my loans were due. Loans that I knew nothing about. This even reminds me of a loan I paid off in September 2021.

Why did you pay for a loan you didn’t take?

They were contacting me on WhatsApp saying that I owe them money. I called my bank,  and I gave them the name of the company. I was informed that my account was, in fact, credited.

The problem was that I didn’t get the alert for the transaction. I ended up paying because they kept disturbing me.

How much was the debt?

It was a small debt. I paid ₦6,120 for a ₦4,500 loan. That was the first time, and it happened before I reported the irregularities to my bank.

Did your bank find the person responsible for taking these loans?

When I got to the fourth contact, they confirmed the person on their system.

Who was this person?

The father of my child.

Remember I mentioned saving my financial details as contact information on my phone? Well, I gave him an old phone of mine to manage until he gets something. My mistake was not logging out of the Google account connected to the phone.

He had access to everything. That was how we caught who did it.

Did you confront him?

Before I found out it was him, I had called him to tell him about everything. He was very sympathetic to my entire situation. When I confronted him with the facts I had, he started apologising. I got him arrested after that.

During the interrogation, he was asked why he took loans with my details, and all he had were excuses. Talking about how he didn’t intend for me to find out until he paid the loans.

How much did he take in total from you?

He took loans worth ₦720,000 from about 10 apps. This sum includes the interest incurred on the debts.

How was he able to take this many loans with someone else’s details?

When I did my investigations, I realised that most of the loaning apps only required an ATM card. No picture, no other form of identification, nothing. Don’t forget that my phone with my details was also with him.

Did he pay you back?

He paid a little, but I had to take care of a bulk of the loan. About ₦400,000. I was able to use a combination of my salary and savings to pay that much.

How did you become responsible for a loan you know nothing about?

The loan apps didn’t want to listen to reason. From their perspective, a loan was collected in my name, and I was obligated to pay. Even when he contacted them with his information, that he was the one meant to pay off the loan, they still went ahead to message my contacts.

They said all manner of things about me being unreliable. They even told my contacts not to do business with me.

How did your baby daddy owe so much in so little time?

He said when he couldn’t keep up with some payments, he started borrowing from one app to pay another.

Yes. When I called some of the apps to block my card details on their platform, they asked me to block the card on my own end. I had to ask that if they were only accepting ATM card verification, what is the guarantee that these cards belong to the people using them? Anybody can steal an ATM card and collect loans.

How do you lend people money without more credible verification? The phone number used wasn’t even connected to my BVN. I just concluded that they are thieves and stopped trying to pay off the loan.

Did anything else happen?

I got insulted by one of the reps. She ended the call and sent another demeaning message to my contacts that very morning. Then she texted later in the afternoon asking how much I was willing to pay. When they sent out messages to my contacts, they did their worst. I am not motivated to pay off the rest and nothing will happen.

So how much of the loan is left?

I have an outstanding balance of ₦200,000 and the interest keeps rising.

I was ashamed and suicidal when the whole mess happened. Moving forward, I’ll be more careful with my personal details.