My Money Mistake: I Got Scammed Trying To Apply For A Grant 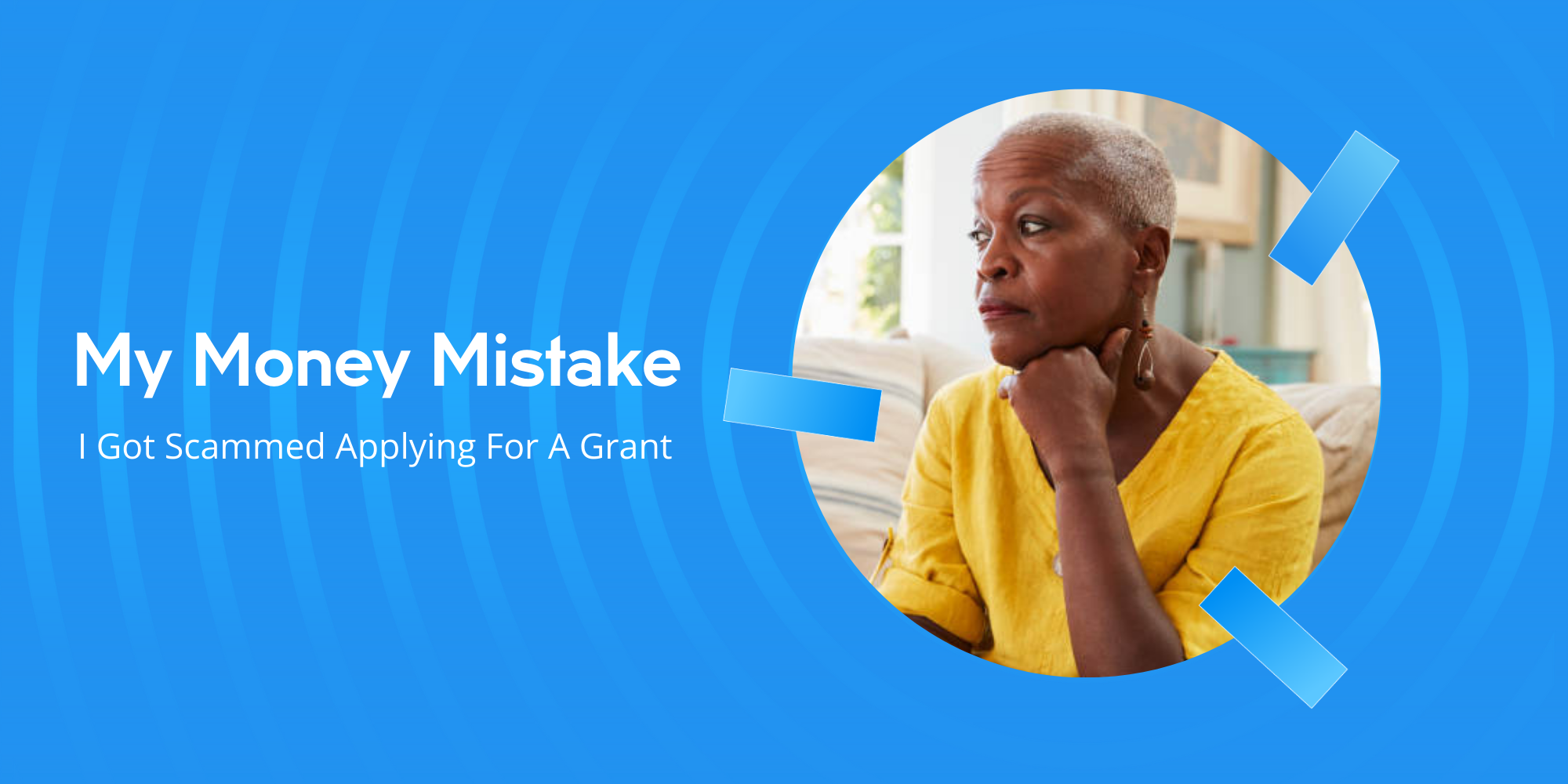 For this week’s episode of My Money Mistake, we spoke to a 48-year-old civil servant who got scammed while applying for an NGO grant. She tells us why she applied and her biggest fear since getting scammed.

In April 2021, a church member reached out to me after service. He told me an NGO was giving ₦1.8 million to ₦5 million grants to Nigerians. I could barely contain my excitement.

Were you close to this church member?

Not really. We see ourselves during mid-week services and on Sundays. He is a devout member of our church, and we both belong to the same fellowship within the church. I had no reason to doubt him.

Did he get the grant he was trying to pitch to you?

No. He said he knew someone in the organisation that would approve the grant quickly, but he wanted to get his family, friends and church members on it so everybody could cash out.

I remember thinking, “Oh, what a generous man.” I didn’t even question his intentions; I just kept thinking about how much my family would benefit from the grant.

Did you try to check the legitimacy of the NGO?

No. The application process for the loan was so simple that I didn’t think it could be a scam.

He gave me a form to fill out at a mid-week service after that Sunday. I was supposed to provide personal details like our name, account number, bank name, email address, valid phone number, BVN and N10,000 for each application.

I submitted five applications, one for each member of my family.

BVN? What did they need it for?

This should have been the first red flag. I asked myself the same question. Why would the NGO need my BVN? When I asked him, he confidently said that they use it to verify the nationality of the applicants.

He emphasised that the grant was strictly for Nigerians and BVN was the surest way of verifying people’s nationality. It seemed like a good excuse at the time, but now, I see how foolish it was.

Were you the only person he told about the grant?

No. That was one of the reasons why I quickly applied. By now, almost everyone in the fellowship knew about the grant and some were offering him more money to make sure they got it.

Wow. What were your plans for this grant?

My husband is retired and we still have children in school. The collective grant would have given us a boost financially. We have a building project in the village that we’ve halted due to lack of funds.

It was a struggle to bring out that ₦50,000 from my savings. I just consoled myself that what was ₦50,000 compared to the millions I would get if it clicked?

Did it ever occur to you that the grant might not be given to you?

It crossed my mind, but I pushed it away as doubts that come when making a decision. In my mind, there was no way that at least two out of the five wouldn’t be considered. That was how I rationalised the situation.

When he noticed that people started coming to the service so they could ask for their money, he stopped coming altogether. Till today, we haven’t seen him. Someone said he travelled to the Benin Republic, but we don’t know.

It happens. About 16 other people had applied for the same grant. We all lost out. It was months later that my last born showed me an article on Nairaland about Nigerians getting scammed by all sorts of people claiming to be an NGO. I was shocked.

These scammers are on Facebook, Telegram, Whatsapp, and other social media platforms defrauding people. They recruit and form something called clusters or cells. Then when they have enough people, they run.

Aside from losing a bit of your savings, do you have any other regrets?

The savings stopped being my problem when my daughter explained that the data I provided could be used to defraud us later in life. The numbers, emails, BVNs and all those personal data could be exploited.

I felt very embarrassed for putting my family in that kind of danger. I’m a mother who’s supposed to be a good role model. What example did I set for my family by giving out their data like that?

No matter your financial situation, don’t be a fool. Your personal data is very important and can be compromised if you don’t protect it. Don’t say it cannot happen to you because it can, and it will, if you’re not careful.