My Money Mistake: I Invested All My Profits In One Platform And Lost Everything 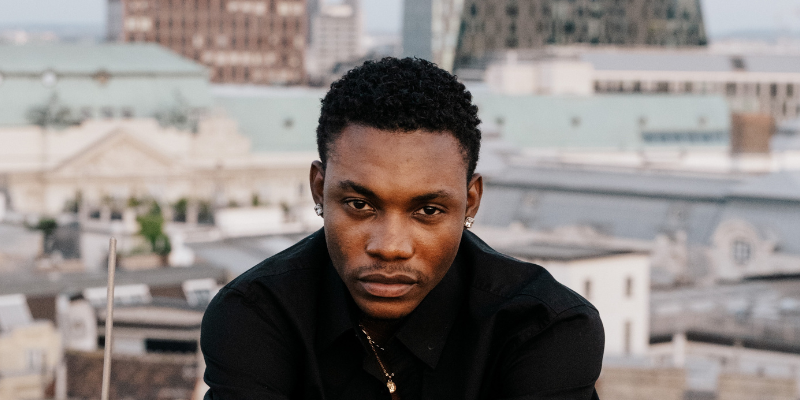 For this week’s episode of My Money Mistake, we spoke to an agent banker who put all his eggs in one basket and ended up losing the basket. He tells us how he established two businesses, the mistakes he made, and what he could have done differently.

It’s a long story. In 2020, during the lockdown, a lot of people didn’t have access to banks. People needed cash, but there weren’t a lot of POS stands; sometimes you could see people queueing to withdraw.

There was a need for financial relief, so I considered starting a POS stand. I researched how to begin, met an agent regarding the process, and found out I had to take out a loan to start because I didn’t have enough savings.

How did you get the loan and how much was it?

It was a ₦200,000 non-interest loan from a family member. We agreed that I’d return the money in four months.

So you got to start the business?

Yes, I did. And because I was motivated, it gradually became profitable. I didn’t even use all the money from the loan. I kept about 25 percent so I could start another business.

What business was this?

I got an opportunity with a telecommunications service provider as a field sales coordinator. I recruited people as marketers for SIM card registrations and acquired the SIM registration devices.

The payment for the job was based on how well each device did in sales. I paid the marketers handling the device and took a percentage. It became another stream of income.

Also, I was into photography and videography. I was in a good place. Everything was going well enough for me to hire someone to manage the POS business, which gave me time for other things. That was when I considered investing.

How did you get into investing?

A few weeks after I started making a profit from the SIM registration business, I considered putting it into a longtime investment. It made sense to do that rather than allow the money to sit in my bank with low-interest rates or spend the money because I had no plan. [You can invest on PiggyVest without hassle.]

How did you find this investment?

I had a friend who worked in an investment company. They were into trading forex, commodities, and other businesses. I was careful because a lot of investment companies were springing up and most were failing. However, I felt confident because my friend worked with this company and everything from my research about them checked out.

I started with their $100-plan and kept putting in more, hoping for the rewards of compound interest. The agreed ROI was 30 percent of the investment in 30 days.

When did things start to change?

Along the line, I changed my mind about waiting till the end of the year to withdraw and decided to do it sooner. I wanted to remove a significant amount to invest in something else. I applied for the withdrawal, but the payment never came through.

This was unusual because I had withdrawn three times in the past without any problems.

When I followed up on the issue through my friend, he informed me that a new policy by the federal government on forex and crypto trading got the account frozen. I believe it led to legal issues they’re still sorting till date.

I understood what it was like for government policies to affect businesses, so I let it go.

Wow. How much did you lose in this investment?

I lost half a million. My capital plus interest.

What plans did you have for the investment?

The plan was to leave it until the end of 2021 and use the money to acquire property. I had already started speaking to agents. The whole thing affected me badly. To worsen matters, it was around the time I lost income from my other businesses.

I had to use my funds to pay off the marketers. Those guys were doing most of the work, and I couldn’t stand owing them. I hoped that after paying them, I would eventually receive payment, but nothing came through.

At least you had your POS stand.

I lost that as well. I couldn’t pay the loan I took to start the business, so I handed ownership to my creditor. The business is still there today, registered in my name, but I don’t have access to it anymore.

Oh wow. That must have been hard.

Yes, I lost access to funds I had personally invested in cryptocurrencies as a result of a government policy. And everything else I planned failed. As we speak, I haven’t recovered financially.

I’ve learned so much. So much. I have learned the importance of patience. If I had maintained one business and patiently built it to be strong enough before establishing other businesses, I could have avoided some of my losses. I regret rushing to diversify and then investing all of my profits into one platform. When things turned bad, I had nothing to fall back on.