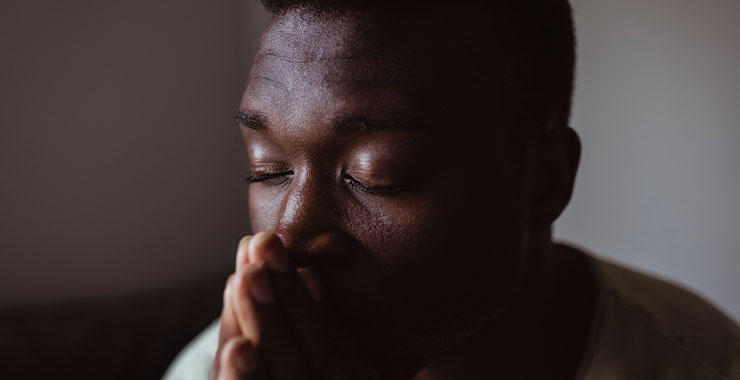 For this week’s episode of My Money Mistake, we spoke to a 42-year-old taxi driver who regrets having a second child. He talks about succumbing to pressure from family and friends, and how it almost led him to a life of crime.

I had my second child when I wasn’t financially ready. When I married my wife in 2014, we knew we didn’t want a lot of children. Growing up, I watched my parents struggle to raise eight children.

We had to farm to feed ourselves, going to school was turn by turn, and if you were an olodo at school, you had to drop out for someone else who showed promise. My wife has a similar story. Big household, lots of fighting, but never enough resources to go round. We both agreed to do things differently in our marriage.

If you were in agreement, how did you end up with a second child?

Family pressure. In 2018, when our daughter turned three, and we weren’t showing any signs of wanting more children, my wife’s family started making side remarks. My mother-in-law would ambush my wife with questions about her menstrual cycle, eating habits, sleeping patterns and even our love-making process.

Wait, what? That seems excessive.

It was a serious affair. One time, she asked my wife if I was impotent or struggled to get an erection. After that, she started buying agbo and other local herbs forenhancing sexual performance in men.

Ah. Why didn’t you tell her that it wasn’t a fertility issue?

My people have a proverb: a person who doesn’t want to hear word will pretend to be deaf. Initially, we tried to reason with the people who asked, but they seemed to have made up their minds for us.

They jokingly told us that our daughter would become spoiled if she didn’t have a sibling. Some said she would be lonely with nobody to play with. Others said I needed an heir, a son to carry my legacy.

And I used to ask myself, “What dirty legacy are these people talking about?’ It’s not like I’m Dangote or Bill Gates with so much money or businesses to leave for my family.

How did you handle the pressure?

We used to laugh about it until it became harassment. One day, after church service, the leader of the women fellowship walked up to my wife and told her that the women were doing a three-day dry fast for her so God can bless us with a second child. I can never forget that day. She touched my wife’s stomach, repeating, “It is well with this womb.”

Did you guys ask for these prayers in any way?

No, we didn’t. We got married in that church, and had our daughter’s baptism and naming ceremony there. It’s all those older women that are like monitoring spirits and cannot mind their business. I also suspect my mother-in-law had a hand in it.

When did you finally decide to get another child?

I came home one day to find my wife crying. A neighbour’s child had blurted that their mommy said my wife used her womb to do abortion, and that’s why we didn’t have another child.

I was so angry that day, I almost went to warn the woman in her house. My wife refused, saying that it would give them more things to say. After a few days, she asked that we try for a second baby.

Oh no. They broke her.

Truthfully, the whole situation was also getting to me. We were both tired of the questions. We made a list of why we should have another baby. The financial aspect wasn’t adding up, but we justified it by saying times may be hard now, but things will pick up. Also, we can always recycle some of the things our daughter used as a baby, so we won’t spend as much money. That was the big lie we told ourselves.

We tried for four months before she took in. Bills started coming in for antenatal, supplements, doctor’s visits, and all that. Two months before her due date, my wife screamed from the bathroom that she couldn’t see.

The doctors said she had preeclampsia that was causing high blood pressure and could affect her organs. They placed her on bed rest in the hospital, advised her not to stress herself and told us to plan for cesarean delivery.

This must have been such a difficult time for your family.

It was hell. I had to work harder to raise the money for the CS. I ended up inviting my mother-in-law to stay in the house to care for our daughter. Paying for my wife’s admission and drugs was not easy. The surgery got closer, but I didn’t even have half the money. I ended up borrowing money from my friends.

How much did you borrow?

I had a ₦180,000 debt to clear, and the expenses kept running up. The whole thing led me to a life of borrowing money from one person to pay another. My taxi business wasn’t bringing in enough money. Then we had the covid era and people were staying home. I had to do so many things I’m not proud of to survive.

What did you have to do?

I could barely afford ₦40,000 to keep my daughter in school. I had to use covid as an excuse to withdraw her. It was like reliving my childhood, but this time as a parent. I’m not proud of this, but I considered robbery. The debt was too much, and I was sinking. I was depressed.

It even crossed my mind that if I put a pillow over her head, this ends now, and nobody will know. It was just a passing thought; I wasn’t going to do it. It felt like the devil was trying to use me, but I didn’t let him.

Hm. Do you have any regrets?

I have so many. I wish we had stood our ground against people and said no. We didn’t need another baby. We were okay. I don’t regret my daughter, but she didn’t need to be born.

Parents should do what works best for their families. People who want you to have more children should put their money where their mouth is. I don’t see anything wrong with having one child. Everybody should do what they can afford to do. Life is already hard enough.