My Money Mistake: My Cousin Spent Our Rent On A Scam 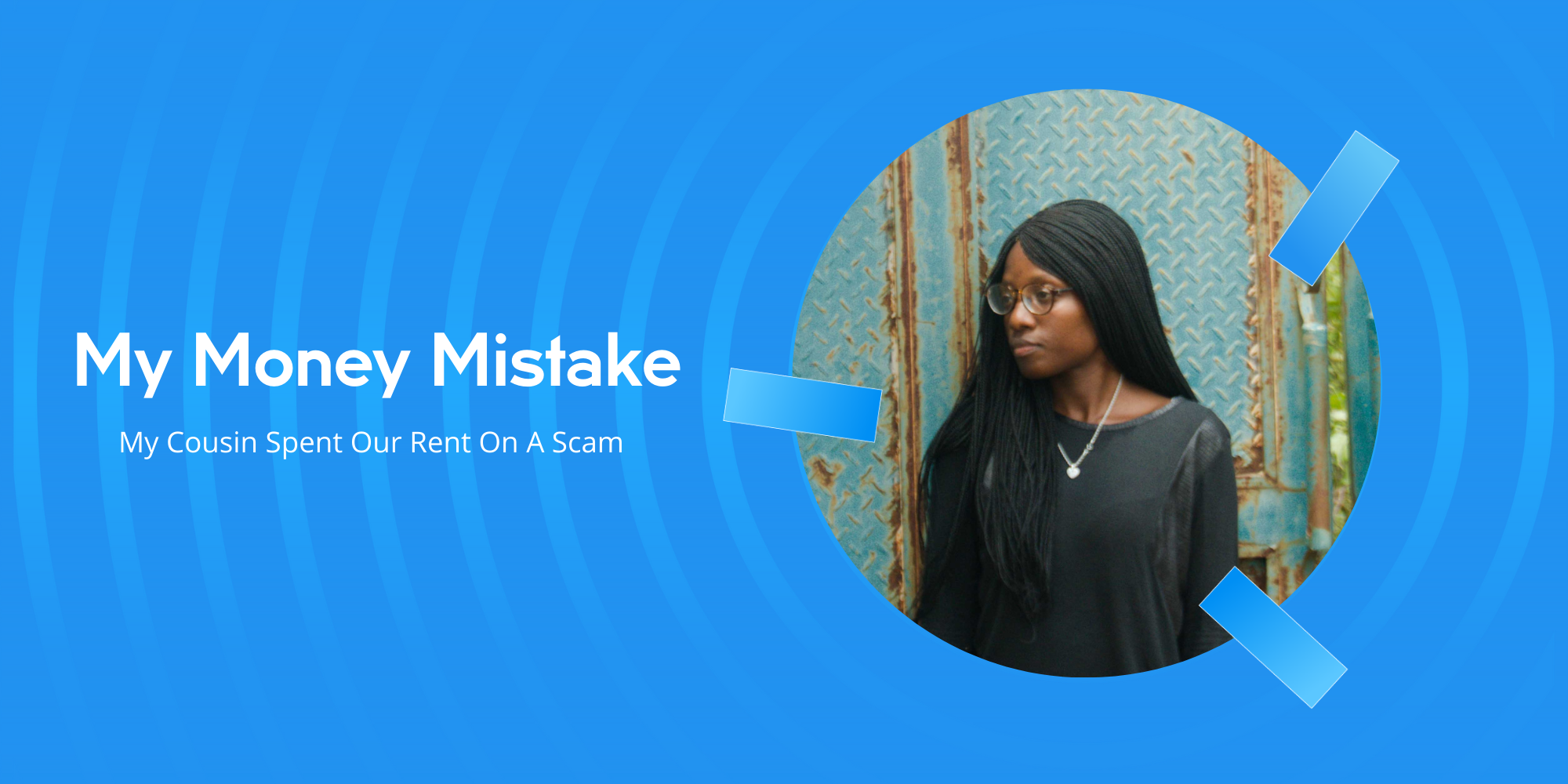 For this week’s My Money Mistake, we spoke to a 28-year old graphic designer who recalls almost being homeless after an older cousin used their rent money to invest in a Ponzi scheme.

I trusted my cousin with my rent money, and he used it to invest in a Ponzi scheme.

When I was serving, my mother handed over the house rent account for one of the houses to a cousin of mine. My dad had passed a while back, and we needed all the help we could get. So most of my siblings left to live with relatives.

Our rent was about a million naira and since it was just my cousin and I, we’d pay ₦500k each into the account, and he’d pay the rent.

How long ago did this happen?

Around 2016. I had secured a contract job back then that paid about ₦300,000/month. I also had my NYSC allowance coming in and took up multiple side jobs to meet up with rent as well as my own needs.

Rent was due at the end of the year. I’d saved a lot in the first few months of the year so that by the second quarter, it wouldn’t be too much of a strain on my pocket.

Okay, where did your cousin come in?

MMM had just taken off and my cousin was a fan. He had “invested” a couple of times and gotten his money back.

One day, this young man called me asking for a loan of  ₦120,000. He said he wanted to invest it in the scheme, but added that while his money was ₦60,000, he was going to invest the other half for me and pay back with interest.

Why didn’t you join in?

I had heard how the scheme worked, but I wasn’t too familiar with it. Each time someone tried to convince me to join, I declined. I have horrible luck so I knew it was not for me.

I was so sure that if I invested, it would have crashed immediately. At my core, I just knew that as soon as my money left my account, the website would have just vanished.

Did you lend him the money then?

Yeah, I did. I mean, he had invested in it several times and gotten it back, so I thought it would be fine.

At what point did you realise that something had gone wrong?

When rent was due. In hindsight, I should have known there was a problem when I’d not gotten the ₦120k back, but I didn’t think he would be irresponsible enough to touch our rent.

Yeah, I did. He said it was available but he had bank issues to sort out. I said okay.

The end of the year had rolled around, and I had to travel for some weddings. I was on a bus on my way to Osun when I heard people behind me talking about how MMM had crashed.

At the time, the entire situation was hilarious because I knew so many people who pumped their money into the thing.  So, I texted my cousin and asked, “Beloved, where’s my money?”

What did he say?

He texted back that MMM had not crashed, that they had just gone on a break and would resume in the new year. I just laughed.

When did it stop being funny?

When, a few weeks later, the landlord called saying we had not paid. I was very confused, so I tried calling him.  His line stopped going through. I called the security guy, a number of his friends, and my mother. Nobody had seen him in a while.

So you figured he had used the money for it?

Not immediately. I was still giving him the benefit of my doubt, but when I went to the bank, there was just N300,000 left in that account. That’s when I knew. I was so upset. I had paid my half of the rent and this is what my blood had done to me?

I withdrew the rest of the money and begged my landlord to give me an extra month to pay. I explained what happened to me and he understood because he had lost some money as well.

Were you able to pay it back?

I took a little loan from a friend and some money I had in my savings and paid the landlord. My cousin had not shown up to the house since the day the platform crashed. I confirmed the news from my mother.

Thanks. I blamed myself for it. I still do because I didn’t get that money back.

All my life, I’ve had family take care of things. I’d pay whatever money into whatever account and I’d have my mother or relatives handle the bills.

Did you learn anything from this experience?

Yeah. That incident opened my eyes to stepping up to my financial responsibilities and doing things myself.