My Money Mistake: My Friends Lost ₦3 Million Because Of Me 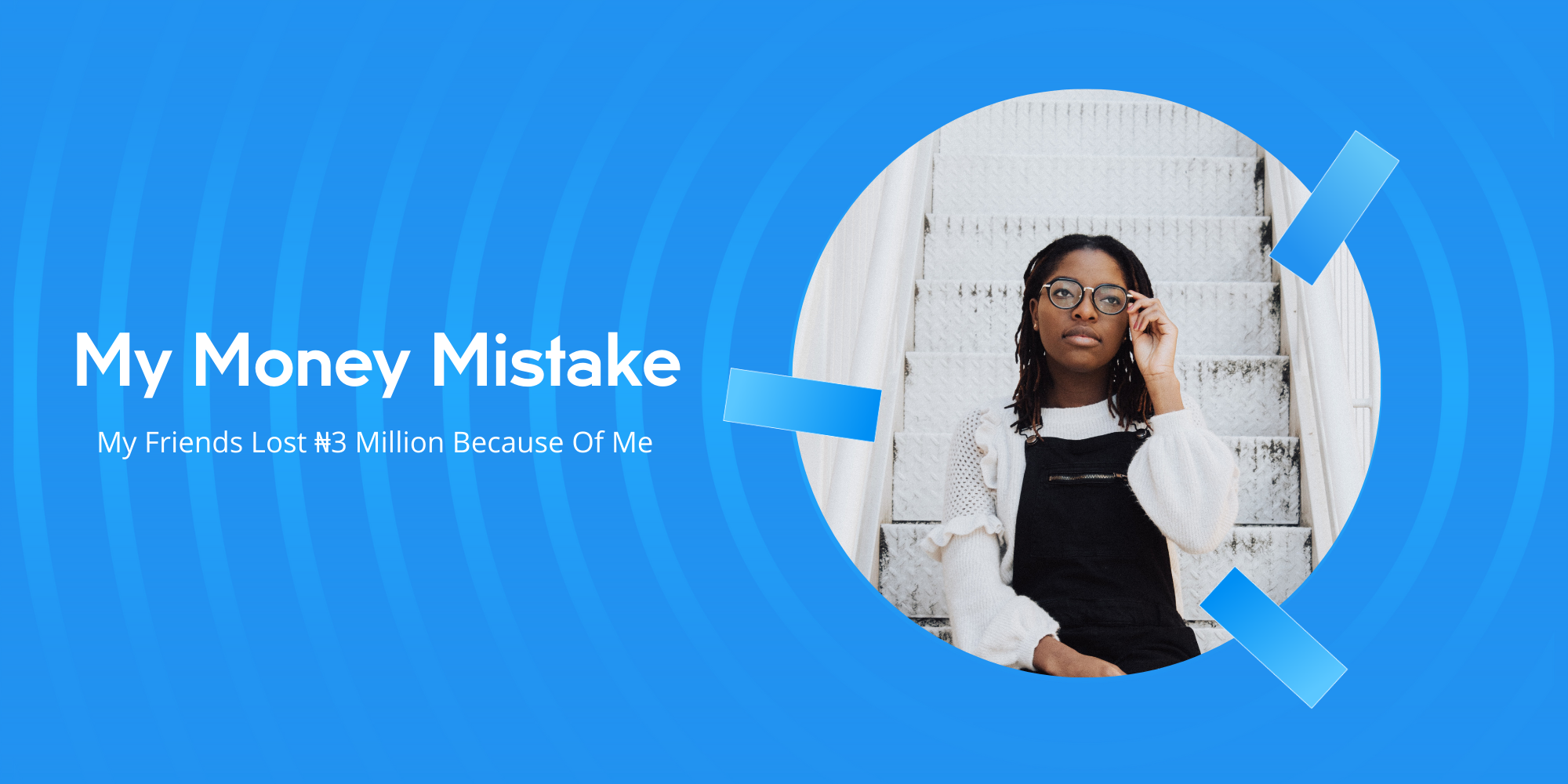 For this week’s episode of My Money Mistake, we spoke to a 28-year-old businesswoman who got scammed by an investment platform. She talks about inviting her friends for what she thought was a business opportunity and how they lost millions in the process.

Late January 2021, I was going through a friend’s WhatsApp status when I saw a post. It was about an investment company, Greenhill Investment. I was curious, so I made inquiries from my friend concerning their legitimacy.

She said they had paid her and even sent me screenshots. I was sold.

Besides your friend’s testimonial, were there others who had been paid?

When I decided to join, I was added to the group chat. There, many people claimed to have been paid. In hindsight, they might have been working with the scammers, but who knows?

How much was your first investment?

Yes. The money was for my rent in May, but I wanted to make the most of it before my rent was due.

How much did they pay for the ₦100k investment?

Nothing. After 11 working days, they started acting funny. Before then, I had introduced my friends to the business. When I posted on my status, those who showed interest were assured it was legit because I said so.

They invested so much money. A close friend invested almost ₦2 million.

That’s a lot of money.

Yes. If you calculate all the money they invested, it runs into over ₦3 million.

What did this company say they were investing in?

They claimed to invest in agriculture. They said they’d buy foodstuff like palm oil and garri in bulk from the villages, and then transport it into town to sell. But truly, they were just scammers.

They even made me and some others accomplices without our knowledge.

While I was waiting to be paid for my ₦100,000 investment, the admin posted about needing people to work for them. I have a business where I sell fabric and sheets online, but I had no physical store, so I applied for the job.

What did the job entail?

I was employed with three other people. They made us admin. People who send money to their accounts have to privately send us proof of payment, and in turn, we send it to them.

They would send us a form to give to the new person. After the form is filled, we return it to them.

Who are they, and couldn’t they do these things themselves?

There were about three of them. Two claimed to be girls, and one was a guy. But they were all guys living together, defrauding people. When people started complaining to us, the new admin, that they weren’t getting paid, we relayed the complaints to them.

That’s when they came up with a fresh scam.

What did they do?

They increased the investment rate and the days before payment. For instance, ₦70,000 would give you ₦130,000 after 15 days. That’s almost twice the return on investment.

I took out ₦40,000 from my PiggyVest account and paid them.

No. But I figured that the returns on ₦140,000 would be massive. Plus, they had paid me and others in the past. I didn’t have doubts about their legitimacy.

So there were no red flags?

How did everyone discover the scam?

When WhatsApp got full, they opened a Telegram channel. One day, they posted my name and the other three people working for them. It was a disclaimer that said we didn’t have knowledge about their operations, and nobody should hold us responsible.

It was a formal announcement that they were done with everything.

How did people react to this announcement?

The announcement caused panic. It got worse when they started removing people from the group. Some of us opened a WhatsApp group and started looking for solutions.

Some people went to the bank, but the bank was asking for a police report and a court order. The process got so tedious that I gave up.

I had to reach out to all my friends and apologise to them. If they didn’t trust my recommendations, they would still have their money. I also appealed to them to give up trying to find these guys because this is Nigeria and investigations go on without results.

At the time, I was so anxious because of how much these people had lost because of me. I kept wondering if they would try to make me pay back and where I would get the money. In the end, most of them accepted, except one. She even threatened to use the police to arrest me.

Was that the friend that invested almost ₦2 million?

Funny enough, it was a friend with the least investment that was causing a scene. We don’t talk anymore. The one who invested millions was very reassuring.

She told me it wasn’t her first time making investments that failed. The 15th of February made it a year since the incident.

I am never going to invest in anything again. I much rather enjoy my money, help people or leave it in my PiggyVest account. With the rate of fraudulent investments on Facebook, I trust PiggyVest more than I trust my bank. At least I know my money is safe there.