My Money Mistake: The Boy I Adopted Swindled Me Of ₦1.6 Million  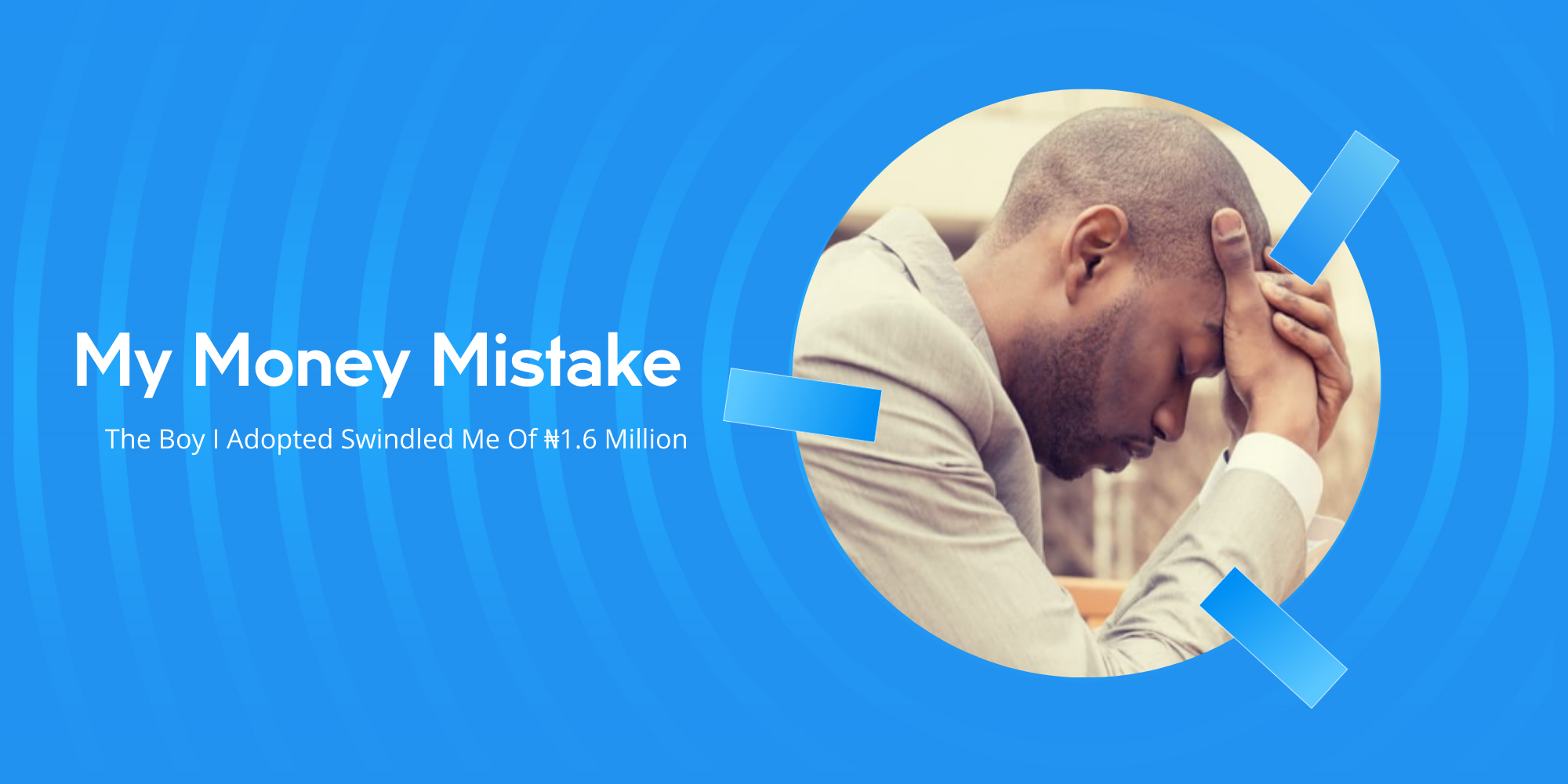 For this week’s episode of My Money Mistake, we spoke to a 40-year-old driver who got swindled out of almost two million naira. He tells us about his personal relationship with the swindler and how the incident plunged him into a life of debt.

In 2014, I got swindled out of ₦1.6 million by someone I adopted as my son. Back when more people used to buy cards from other people and not just banks, I had a business supplying vendors with recharge cards.

Some would buy on credit and pay after making sales. Imagine my surprise when I checked the sales book and I was short by ₦1.6 million. The culprit turned out to be the boy I had adopted to live with me and my family.

That must have been tough. Could you say more about your relationship with him?

When my elder brother, a pastor, was transferred to a new church, a family offered him their son to help with chores in the house. That was how my brother started caring for him. Later, I took on that responsibility.

I did everything a father would do for his child. I fed him, gave him a roof over his head, sent him to school and even put him on an ₦8,000 salary. I took him as my own blood. Initially, he was a good boy. That was why I even entrusted him with some parts of the business.

How did you try to resolve the matter?

I took it to the police station and they investigated further. Based on what was in the records, we went to our customers to cross-check how many cards they were given and how much was recorded.

This boy stole my money to give to his girlfriend.

How much were you able to recover?

It wasn’t up to ₦300,000. This mess put me in serious debt. I had to sell my car for ₦500,000 and, if not for the generosity of my friends, who knows what would have become of me. Some people I had taken loans from to finance the business had to forgive my debt because where would the money come from?

I’m truly sorry. What was your biggest lesson from all of this?

Giving somebody your all doesn’t guarantee that they will be good to you. You have to double-check everything, especially when it comes to your business. It’s not an ideal way to live, but the experience taught me that it might be the best way to protect my investments.