The Cost Of Making A Nigerian Music Video 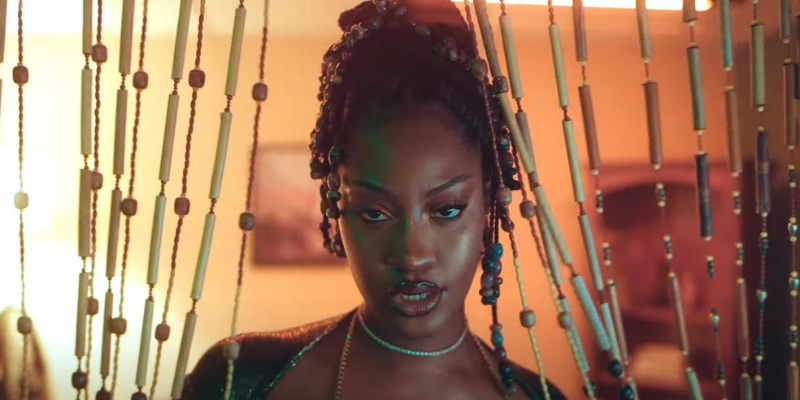 The improved quality of music videos is one of the many reasons behind the increased popularity of Nigerian pop music, online and offline. And behind these memorable videos are teams of inventive, dedicated professionals.

We had a conversation with one such professionals, Ebuka Nwobu of the production outfit, Ladder, Lex and Booker, and he gave us several insights into the interesting business of making music videos.

What’s the inspiration behind the name Ladder, Lex and Booker?

It is a stylisation of the names of the company’s original founders: Oladapo, Alex and Ebuka.

Very clever. When was the company established?

That was in 2017. We actively started producing work a year later.

What were you up to before then?

I was a rapper and short story writer in school. But when I graduated from university, I realised that pursuing a career in music would be very capital intensive, and I didn’t have the finances. I thought about what I could do that wasn’t so capital intensive, and that’s how my friends and I formed the company.

We did short videos for celebs like Falz and Yemi Alade, and I was a producer, director and presenter. I also worked for Mavin, managing video production for artists but not really their music videos. If you saw a video announcing that an artist was signed, it was probably something I was involved in.

Oh, okay. Working for Mavin must have been good.

Yeah. It expanded my network. You know we like titles and being able to say that I worked at Mavin got me some jobs outside of Mavin. I got jobs involving video production, and then it became possible to make a living off of that.

I  joined Mavin for a project that never took off, so there was no need to remain.

I see. So what’s the structure at your company?

We are a team of four producers and we work with everyone else on a contract basis.

Are your two co-founders still involved?

Alright. Let’s say I’m Olamide and need a music video. How does the process start?

It’s not a linear path in Nigeria. An Olamide could reach us through any number of ways. It could be through someone we’ve worked with. Sometimes it is a director who gets a brief and then taps us to produce. It could be the label reaching out.

Hmm. Okay. Do they answer?

Nobody ever has any answer.

It’s rare to have artists that are very visually inclined. People like Santi and Odunsi are rare in that Santi is also a director and Odunsi knows what he wants visually. You find that mostly in the alte scene.

Most of Tems’ videos, for example, have a lot of her input. From the song, you can already picture the world for the video. For the majority of artists, though, they want you to do your thing.

How do you proceed?

Sometimes they have big ideas. Maybe they want a love thing or something else. The one question they can answer readily is when they want the video released. And you know we like last minute stuff as Nigerians, so they want it…

LOL. Yes. Tomorrow. You have to tell them that it’s not possible. We have done that but mostly we like to spend time in preproduction. But the budget gets in the way. Even if the artist or label knows their budget, they are hardly forthcoming with it.

Not exclusively. There is that meme where a client asks for rates and the artist asks for a budget and it just keeps going.

I have a theory for why that’s the case. People want to get the best they can for the smallest amount of money. And for some reason, they just imagine that you can do big stuff for less money than their budget. They never imagine it can be higher.

That’s the thing. It never works with us. Whatever they give me as information, we come up with a concept for the video.

Do you also provide a budget?

Yes. But we might suggest something that makes them cross their heart for a moment. So at that point, they have to come clean about their budget. So, if they say they have a budget of ₦5,000,000, I won’t pitch a video that would involve flying to South Africa to shoot a scene. That’s just an example. There are places in Nigeria that can be expensive. So, it’s best if they say a budget so we can tailor our creativity to that budget.

When the concept is approved, we share the budget and then negotiate to get the final budget. Payment is made according to our agreement. And a shoot is scheduled.

What’s an average figure we could use to illustrate a basic music video?

That is so hard to say. The first thing is how does the song speak to us as creatives? Sometimes a  location can be expensive. It looks good and so you don’t spend much on production design. If it is an empty lot that you want to build something on, you may have to spend a lot on production design.

What if there is a nice house and a cast consisting of an artist and their love interest. What gets the most money?

The crew and equipment would get the chunk of the money. If it’s a real fancy place, it can be expensive. We have paid ₦800,000 for a single-day shoot.

Well, the place had everything. A pool and even a private theatre. So we didn’t have to go anywhere else. But in the case you just said, it can be the model playing love interest that might take the least amount of money. But it all depends. If she is famous, then that, obviously, won’t be the case. In that case, we leave the artist or label to negotiate directly.

Do you guys have in-house crew members?

No. We prefer for people to work for themselves but work with us. You earn as much as you work. We do other things as well. So, say, you’re an editor that can edit 20 videos in a month, you will earn more than if you could only do two videos. 20 videos is not realistic, though.

Is the director usually the most expensive crew member?

It’s tricky to say. But we have several departments. The HODs of, say, styling and cinematography, will get more than their workers. Everything else will depend on the shoot. If the models need several outfits, the stylist will receive a sum that reflects that.

The director might get 10 percent. But note that these are very simplified figures. You could speak to a different producer and get entirely different figures.

At the end of the day, the figures might go over the budget, so you may need to negotiate and cut costs. There might also be an issue with tax, whereby the artist or label wants to keep everything within the stated budget.

How do you make money? What’s the least acceptable figure for a project Ladder, Lex and Booker would take on?

The ₦6,000,000 I mentioned earlier is kinda the least we work with. We normally will take a 10 percent cut.

So what if I want to be an extra in a video, how much can I make?

And if I want to dance?

The shade! What if I am Poco Lee?

Then you won’t be just a dancer. You would also be an influencer. Your being in the video adds something promotional to it. The fee changes. It’s like when I spoke about the love interest in the music video. If the artist wants to feature Angel from Big Brother, the figure changes. In that case, as I said, we leave the negotiations to the artist or label.

Interesting. For you, what’s the best part of the job?

That would be getting the opportunity to solve problems. Because this is Nigeria, what we do is 30% creativity and 70% damage control. Why? Well, because everything that can possibly go wrong will go wrong.