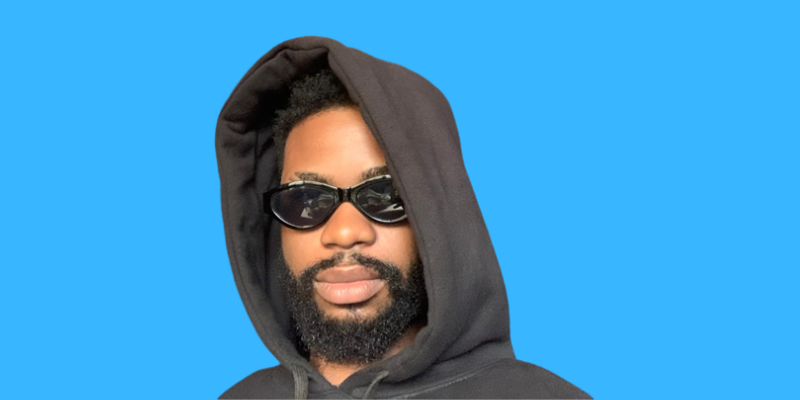 Sultan Quadri is the ultimate multitasker. He recently graduated from Lagos State University (LASU) with a first class degree while working as a staff writer at TechCabal. In a recent conversation, he told us how he broke into writing and combined academics with his busy career.

Has journalism always been the dream?

No. I initially wanted to become a lawyer.

Yes. That was apparently the best course for a smart art student like me.

My family members didn’t want me to study Law.

Yes. They felt it was a dangerous profession, leaving me no other choice than to choose Mass Communications, the second most “prestigious” course for art students.

Was this when you knew you would be a journalist?

Not at all. I had no idea what I wanted to do with my life, even up to my first year in school. All I wanted was to have a first class.

When did you figure things out?

I won’t say I figured things out, but I gained a bit of clarity in the second semester of my first year.

I got motivated seeing one of my friends learn cinematography and decided to explore SDG impact projects for a while. I did this until 2019 when I became active on Twitter. One day, the Opera News team approached me. They were looking for Twitter users who could write, and I seemed to fit the bill. This was how my writing and journalism career began.

Interesting. How long did you work for Opera News?

Seven months. Before leaving them, I made hundreds of naira and managed to buy my first laptop.

What did you do after leaving them?

I left Opera News during the Covid lockdown, a time when fake news was rampant. I thought to solve this problem by starting People’s Check, a media company specialized in fact-checking. Mass communication students from different schools joined me. A month later, we secured a $2000 grant, which we used to build our online presence. We really grew fast. Unfortunately, I was burned out by the end of the year. I had to close the company.

Did you rest after closing People’s Check?

Yes, I did for a while. But Sapa was starting to choke me [laughs]. So, I decided to explore international journalism. I was a first-class Mass Communications student with some experience, so why not?

I pitched stories on different topics, including politics, health, business, and tech. The tech pitch was successful and landed me a byline in Rest of World (an international publication). I also wrote and reported for Quartz Africa, Deutsche Welle, IJNet, and HumAngle.

You were in your bag!

I was [laughs]. International journalism was a rollercoaster.

The perks are nice, but the process can be stressful and time-consuming. Most of my pieces took an average of 3 months to get published. I also had to wait at least an extra month to get paid.

ALSO READ: How Lara Annie’s Passion For Biking Is Making Her Money

How much did you make in total from international journalism, though?

That was a huge sum for an undergraduate.

It was! I became more self-reliant and stopped asking for money from home. At some point, I started paying black tax.

When did you switch to staff writing?

Tell me about it.

One of my stories for Quartz Africa went viral, attracting Oyeniyi Adegoke, Former Editor-in-Chief at TechCabal, to my Twitter DM. He informed me about a vacant staff writing position at TechCabal, and I was interested as I needed stability and a more impactful career path. Next, I interviewed with Tomiwa [Aladekomo], CEO of TechCabal. I started in September 2021.

Nice! Do you prefer staff writing to freelancing?

First, the pay is way better and sustainable. I’m also financially wiser as I know no other money is coming if I spend my salary before the next payday.

In terms of writing and knowledge base, I have improved tremendously and gotten more familiar with the tech ecosystem. I’m more organized and detailed as I have a newsroom of senior colleagues and editors supporting me. I believe staff writing is preparing me for the next phase of my career.

Do you have an idea what that is?

You graduated recently with a first class, yeah?

How did you achieve that while juggling a busy writing career?

I was focused and maintained a first class in my first three years. This was because I was mostly freelancing at the time and wasn’t as busy as when I started working at TechCabal. On weeks when I had no gig, I could read without distractions.

Interesting. How about when you got into TechCabal?

That was different. I had to stop attending classes regularly and reading as intensely as before. I read only when I had tests and exams. My GP dropped by 0.1.

Are you considering a postgraduate degree?

Yes. However, I wouldn’t make the mistake of trying to balance school and career. I’ll concentrate on schooling fully.

What would you say to anyone trying to navigate international journalism?

Get immersed in your chosen niche. For instance, if you’re writing about tech, you should be conversant with happenings, people and publications in tech. You also have to ensure your pitches have a compelling, unique angle. What’s that perspective no one is writing about a particular topic? Be the one to spotlight it. Editors will hardly ignore unique pitches.