My Money Mistake: I Regret Using A Loan App To Pad My Allowance 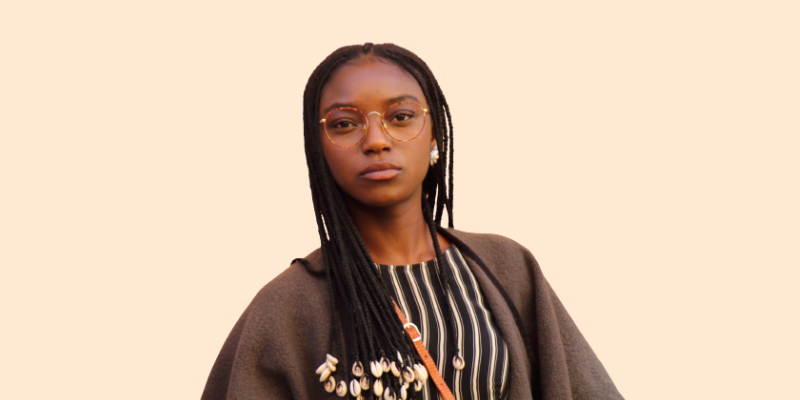 For this week’s episode of My Money Mistake, we spoke to a 21-year-old student who started taking out loans to supplement her allowance. She tells us how she got started when things went wrong and the consequences of defaulting on the loans.

In May 2021, I took out a small loan to supplement my allowance. I had spent most of my allowance on things that weren’t a necessity but made me feel good: bags, shoes and some items from Miniso; I like cute things.

By the time I was done, I had spent a good chunk of my ₦45,000 allowance. There was no money for the things I needed like data, so I decided to take a loan. I felt I could easily pay it back.

How much was your first loan?

₦5,000. Loan apps usually lend small amounts the first couple of times and only increase it when you’ve proven you can pay off the loans and interest. I took another loan the second month and paid it off.

How were you able to pay back these loans and interest?

I just took it from my allowance. The interest wasn’t a lot, maybe about ₦1,000 on the first loan. The second loan was about ₦12,000. Plus the interest, it was ₦15,000. But this is when my problems began. Because I was dipping into my allowance to pay off these loans, I had to take bigger loans. When I removed ₦15,000 from ₦45,000, I wasn’t left with a lot, so I kept borrowing to survive.

When did things start to really go wrong?

When I defaulted on payment for one month. I had an assignment and a school dinner to prepare for, and I decided to keep my allowance to finance those things rather than use it to service the loan. This was the point I stopped caring about paying off the loans, but I was accumulating more debt because I was fined a late payment fee and the interest on the loan became ridiculously high.

How much was your last loan and how much were you required to pay?

Did you try to pay the loan off?

₦60,000 was a lot of money for a student to raise. I tried to save some money to pay off the loan, but unfortunately, my phone, which I had been using for almost five years, fell into water and got bad. This was a week before my exams.

I had an important decision to make concerning my savings: pay off the loans, risk failing my exams and losing my first class or get a new device and default on payment. I chose the latter. I could always pay them back when I had the money, but it wasn’t worth my education.

How much savings did you have that you could afford to get a phone?

I had managed to save ₦50,000 when a friend who had been trying to contact me through Whatsapp called and I told him about my phone situation. He sent me ₦90,000, which I added to what I had and got a new device.

That’s great, but what about the loan? Were there any consequences for defaulting?

They sent me several text messages and emails. They even called occasionally to remind me of my loan. They threatened to report me, which is one of my greatest fears. I dread my picture and my name circulating for defaulting on loans. I know a guy this happened to and it was so embarrassing. It was a WhatsApp message with his face saying he owes money.

However, I was a bit relaxed because during the registration process, the loan app I used didn’t ask for too much information like other loan apps, so I wasn’t at risk, but it was still a valid fear of mine.

Have you tried to pay back the loan since then?

Yes. I responded to one of their numerous emails to explain that I was going through a financially tough period and that’s why I defaulted and couldn’t pay back. They responded by asking if I needed a payment plan, but since then, I haven’t heard back about that. They still call and send emails, but it’s not incessant. I have every intention to pay back when I can raise the money.

Are you not worried about the interest the loan might incur while you wait to raise the funds?

I don’t know how they do their loan systems, but every time they’ve reached out about payment with their account details, the amount they send has been pretty much fixed.

How much do you have left to pay?

What’s your biggest lesson from this experience?

I manage and spend my allowance better. The situation forced me to track everything I spend so I don’t end up spending more than I’ve been allocated.