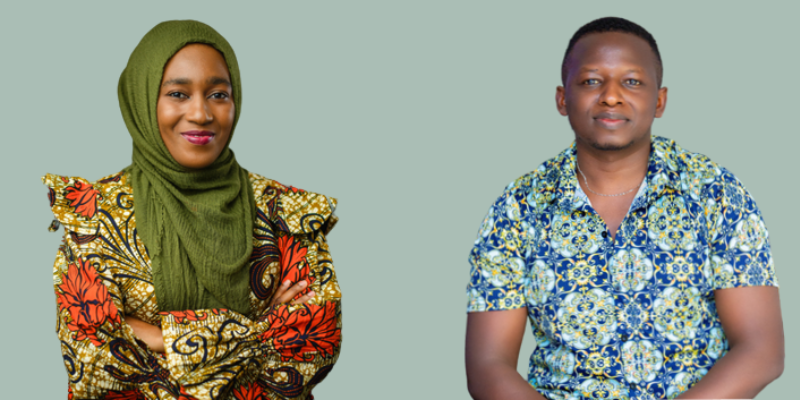 Newcomer director Korede Azeez and the acclaimed filmmaker Kenneth Gyang are behind a much-awaited short film — courtesy of Azeez being one of six winners, and the only Nigerian, of the Netflix and UNESCO “African Folktales, Reimagined” contest.

With a production budget of $75,000, as announced by both bodies, the film, Adieu, Salut, may be the most expensive short film ever made by Nollywood. The director and her producer share notes on the production process and speak to us about what to expect.

Kenneth, you have now worked on a number of projects with Netflix. Both as a director and now as a producer. What is the difference?

KG: The difference is I was hired for Blood Sisters. But for Adieu, Salut, my production company, Cinema Kpatakpata, is producing. It means the team and I have more decisions to make. As a producer, you are responsible for almost everything around the creation of a project, in a logistical sense.

What does this mean financially? You were getting paid and now you pay people?

KG: Well, you are getting paid either way. But this time you hold the money and decide how it is going to be spent. The budget and what it can produce is your responsibility. Korede Azeez is directing. As you might have heard, she was one of the winners of the recent Netflix competition. It comes with a prize and a budget.

Must be nice. Korede, I read somewhere that you studied Mass Communication.

KA: Yes. At the time, I wasn’t sure what I wanted to do, but I knew I didn’t want to study Medicine, which my mum said was good because she’s in the medical field herself. I had wanted to do both art and science subjects because my favourite subjects were physics and further maths, and I loved literature and government — but the Nigerian education system doesn’t allow it. In the end, I decided to see where art would take me. My mom was very supportive of my decision and I’ll always be grateful for that. Of course, now she’s a proud mama.

Were you one of those kids who was always reading?

Did it have too many witches for a Nigerian mother?

KA: [Laughs] No. Not even. It was more like those oyinbo types with fairies and secret worlds.

You went from writing that story to earning $25,000 for a story because you won a Netflix competition …

It’s not the same thing as earning it?

KA: [Laughs] It’s not a salary. It is more like an award than “This is your pay for this.”

KA: True. I just put the money into investments. I am prudent so my lifestyle hasn’t changed.

So, what is the project about?

KA: It’s a reimagination of an old folktale involving a girl whose parents want her to marry someone, but she chooses someone else. As the couple head back home, things begin to unravel literally.

KG: Let me add that it is set around a community that has isolated itself from the world — think of a mountainous Fulani community in a dystopian setting. There is an element of escape involved.

That sounds fascinating and weird. I’ll be looking forward to it. Could you tell me how you met Korede?

KG: We met when I was shooting a commercial for the BBC Media Action, where she was working. We talked and I realised she knew a lot about film, so I asked her to write a script for me. She did and I was impressed with the writing. We have kept in touch since.

You are quite famous as a director. What do you bring to a project as a producer?

KG: I think I bring a creative angle. The problem with producing in Nollywood is that we don’t really have creative producers. That is the main thing I bring. A lot of Nigerian producers are more focused on how they can save money and cut costs. That’s what they believe producing is.

When I am not filming, I attend labs and workshops. I have been a part of several workshops, including the prestigious EAVE Producers Workshop. Balancing the creative side and the financial side is important to me. I also have a viable filmmaking network from sales agents to super producers around Africa and Europe.

KG: Yeah. It is a great combination. We have a lot of competent people on the team, so we are able to take on ambitious projects. And it helps that we have a significant international network.

So what is your production company Cinema Kpatakpata’s origin story?

KG: We had a film project back in 2010, and we were looking for funding. We really wanted to shoot, but the people we met in Nigeria felt the story was far-fetched and not commercial.

They said it won’t sell, that people won’t watch?

KG: Yes. Exactly. We had to look outside Nigeria. We got a Hubert Bals fund from the Netherlands and that is how we were able to shoot our film. That is how Cinema Kpatakpata was born. So, right from the start, we worked with international organisations. We shoot quite a lot of documentaries and short films for these organisations.

So, your company wasn’t really working with mainstream Nollywood in the beginning?

Is it easier getting funding for your films now?

KG: Yes. Mostly. We are getting back to the mainstream and people are now telling the kinds of stories we always believed in. The opportunities are now there. Cinema Kpatakpata now has a slate of projects.

Netflix announced that each winning entry will get a sizeable amount for production. How normal is that amount for a Nollywood short film?

KG: That’s hard to say. But it depends on the project.

Well, we spoke to a director who shot a short for N2m.

KG: When I made a short film some time ago, I don’t think I spent any money at all. [Laughs]

What? You jest, surely.

KG: [Laughs] Seriously. My point is, what you spend depends on what you are shooting. Korede’s story is really beautiful; it deserves care, and care sometimes means money.

So, is it more profitable to be a director for hire than to be a producer?

KG: You should know the answer to this one. [Laughs]

Who owns the rights in this case?

KG: For now, it will be on Netflix. But after some time, we should get the rights. Korede owns the IP.

What advice would you give aspiring producers?

KG: First: Producers have to see the film the way the director envisions it. Production is not only about cutting costs, which is a very common idea in Nollywood. Second and last advice is: There are lots of stories in Nigeria and producers should be fearless in getting these stories made. That is the only way to stand out.

Korede, you are starting from the top. What happens from here on?

KA: Only God knows o! But I think there will be a lot more projects. I was supposed to rest for about a month after shooting Salut, Adieu. But I am already putting together something else.

Korede Azeez aka the busiest woman in Nollywood!

KA: [Laughs] I am hoping that this project opens doors. Of course, the biggest thing is getting funding for your projects as a filmmaker, so I hope this makes that happen. I know I need to ride this wave and make the most of it.